...and buckle up for a ride through Fiona Apple's new album 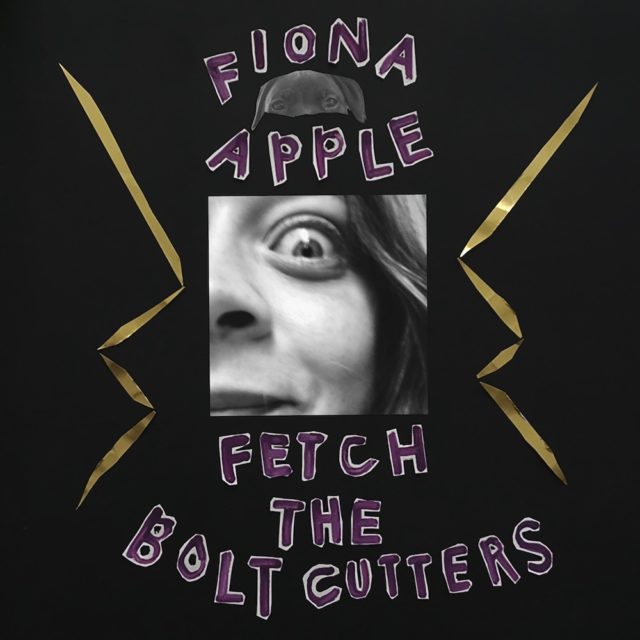 On a playlist with: Florence + the Machine, Blondie, Alabama Shakes

I think it’s worth mentioning that this is my first impression of Fiona Apple. My curiosity got the best of me as I saw everyone I knew posting songs from this album. So, I dove into Fiona Apple’s “Fetch the Bolt Cutters” and was presented with a piece of work that lays it all out — every stone-cold emotion a human feels.

This album’s ability to be so disjointed while also working together to create a masterpiece of pain is impressive. She makes the messy make sense. Her voice is tested in such unique ways, and she consistently alters what she is doing to create different emotions for the listener. From hitting her falsetto to just making noise, she creates her world and brings her vision to life.

The title track “Fetch the Bolt Cutters” features dogs barking and consistent screams throughout. It’s evident that she wants you to know this piece of art is as real as it gets. This sense of urgency she creates lets listeners know that she is frustrated, and, quite frankly, she doesn’t really care what they think about it.

The instrumentals demonstrate this feeling of unwillingness to be silenced. Every track on this album has heavy drums with rhythms that drive the song forward. Apple’s voice on “Relay” is an example where the beat and her voice work in harmony, though every song on this album reflects this format.

The first half of the album is overwhelming, to say the least, but also somewhat comforting. With the frustration of our days blending together, it’s nice to know that our feelings are shared by people like Apple.

“Ladies” brings a smooth break of relief; with the beat toned down and her vocals more connected, it feels as though we are coming into a new set of emotions. Midway through Apple’s album, we are brought to an emotional peak. After this, the album turns to a soulful testament of where her mind is at now, after all the pain in the first half of the album.

Apple’s lyric from “Cosmonauts,” “Your face ignites a fuse to my patience / whatever you do is gonna be wrong,” still provides a sense of anger in contrast with the layers of her voice, which floats angelically. This is the first and only track where there is a distinct bass line that guides the song, contributing to this soulful feel that she brings.

The next track, “For Her,” kicked me in the stomach. It starts as this beautiful song, but once you start to pay attention to her lyrics, it becomes a song about Apple’s sexual assault. The song remains beautiful and powerful, but in a new way. When she tells us her true story, she not only demands that we hear what she’s saying, but she also demands our respect out of it. There are no instruments besides the drums and her vocals, which only intensifies the power in her voice.

After this track, the album comes to an abrupt stop. You’re left thinking about “For Her” for the rest of the album, but suddenly the whole thing is over.

“Fetch the Bolt Cutters” does not disappoint. My best advice when listening to this album: Leave your expectations at the door. This album is not meant for pondering its meaning — she gives it to you. Her range is incredible, and the vision is so consistent throughout the whole piece.

Coming into this album knowing nothing about this artist, I didn’t know what to expect. I left with a sense of who Fiona Apple is and a newfound respect for her as an artist. This album brings truth in a way that I have never experienced.

The bottom line: Regardless of whether you are faced with the same problems as Fiona Apple or not, her frustration can be felt universally.

The valleys: Every time I decided I didn’t like a song, it just got better and better.