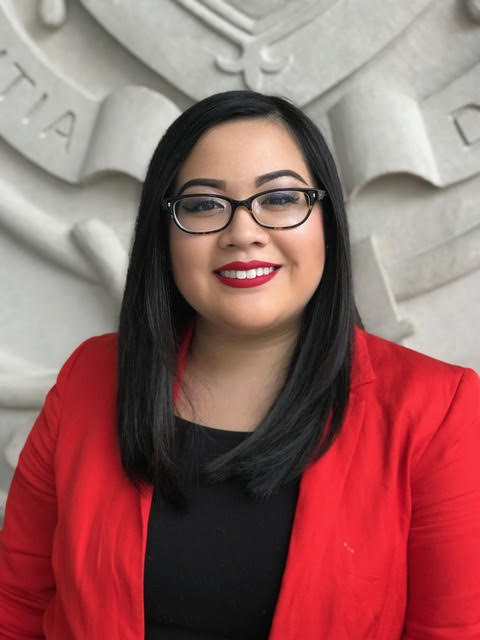 Loreen Ruiz, FCLC ’21, won the vote for United Student Government President by a margin of 53 votes.

Resham Sansi, Gabelli School of Business Lincoln Center (GSBLC) ’21, will join USG’s executive board as Chair of Student Affairs. Lydia Hallett, FCLC ’21, will assume the position of Chair of Facilities, and Rachana Komatireddy, FCLC ’22, as Chair of Operations. A full list of the E-Board can be found on USG’s OrgSync page.

Ruiz ran against Robert Stryczek, GSBLC ’21, in a more contentious race than often seen at Fordham Lincoln Center. A total of 322 students participated in this year’s election, with Ruiz gaining 185 votes, and Stryczek following closely behind with 132.

By comparison, the 2019-20 election saw a much steeper margin between the two presidential candidates; Thermadam secured 331 votes, while her opponent, Austin Tong, GSBLC ’21, received only 53.

“It was a complete surprise,” Ruiz said about learning of her victory. “In these circumstances, it was so hard to gauge how this election was going to go.”

Due to the the coronavirus pandemic, USG was forced to host its annual debate online and modify some of the election protocols in order to accommodate distanced learning and students not being on campus.

Thermadam noted how these changes affected the elections, yet she stated that “despite the remote nature of our academic environment, students participated in the election whether it is attending the debate, voting on Orgsync or going as far as running for various positions to make 2020-2021 the best it can be.”

Ruiz also recognized how being forced to quarantine allowed her to focus more time on her campaign.

“I didn’t have any experience in campaigning, so I looked at successful campaigns, spoke to previous USG presidents and tried to incorporate the things I learned into my own campaign,” she said.

In the coming year, Ruiz hopes to work on improving the image and reputation of USG, which she thinks will increase student participation.

Thermadam echoed Ruiz’s hopes for increased participation in the coming years. “I hope that students continue to keep student government on their minds as they hopefully come back in fall and feel motivated to actively participate in their University,” she said.

One way that Ruiz hopes to achieve this is by updating USG’s website in order to make information more accessible. “We need to clearly state what each officer’s purpose is and how students can easily reach them,” she explained. She expressed her hope to reach out to Rose Hill colleagues to talk about a successful digital platform.

Some of Ruiz’s other immediate goals include getting to know the rest of the USG E-Board both professionally and personally in the coming weeks in order to facilitate a productive working environment.

Ruiz also extended her thanks to Stryczek, whom she referred to as a “well-respected member of the Fordham community.”

“I welcome Robert back to USG if he would like to work with me on encouraging student involvement, which was something that we both agreed needs to be a priority at Fordham,” she said.

Stryczek extended his congratulations to Ruiz and expressed his intention to run for USG Vice President in fall 2020. “Not being President of USG doesn’t mean I’m leaving,” he said.

Thermadam also thanked the hard work of Anastasia Gomez, FCLC ’20, who worked closely with her on the election committee, and wished the incoming USG board and senate the best of luck in their future endeavors.