Pomp and Dire Circumstance: Graduating Into a Recession 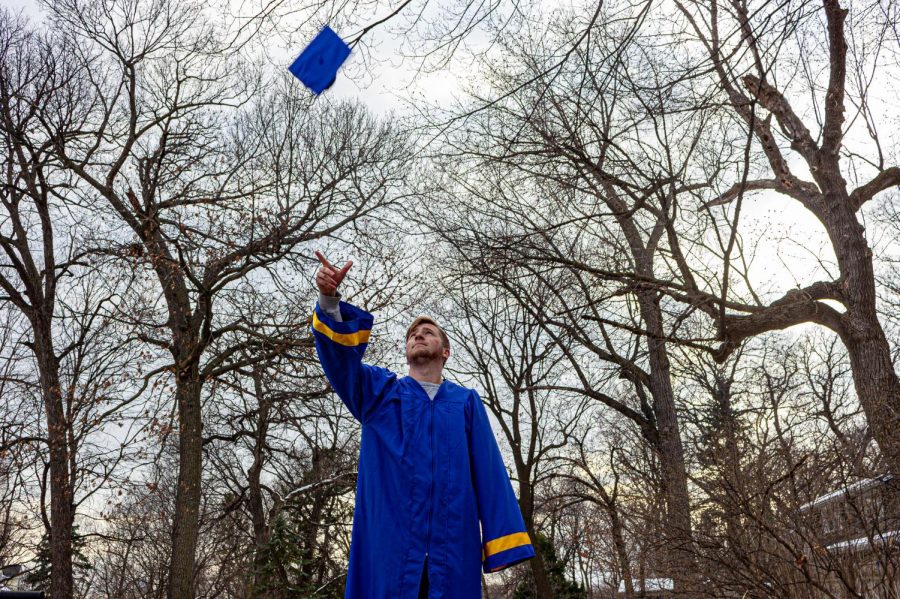 Seniors will enter an unstable and unsettling environment as the coronavirus takes its toll on the economy and job market.

Fordham students are about to graduate into a recession. The economy is precariously balanced on a cliff, seconds away from plunging over — all the while, seniors can do little more than stand by and watch it happen.

In 2009, University President Rev. Joseph M. McShane, S.J., sat down with The Observer to address some of the same concerns. He emphasized Fordham’s commitment to providing scholarships and financial aid, keeping programs like Tuition Assistance Program and Higher Education Opportunity Program running, and increasing the prestige of the Fordham degree.

Some students chose graduate or law school rather than entering the job market, while others — especially those whose studies were performance-based — continued to pursue their careers regardless. Even in a recession, they reasoned, people go to Broadway shows, dance performances and movie theaters.

More than 10 years later, things have changed. Restaurants that employ students, galleries that were once filled with eager art lovers and Broadway shows where theater students shadowed professionals have all closed their doors. The outbreak of the novel coronavirus is affecting the service industry at an alarming rate — and with it, the students who have come to rely on it.

Charles Scheland, Fordham College at Lincoln Center (FCLC) ’20, was working for a dance company when Fordham suspended classes on March 9. “We were completely laid off for the rest of our season, so we had about eight or nine more weeks of work and we got bonuses from our bosses, but we are not working … so I filed for unemployment,” he said. “I’m currently getting an unemployment check from the state of New York every week.”

People aged 16-24 are especially vulnerable during a recession. In 2009, the unemployment rate peaked at 10%, but for those aged 16-24, it was almost double. The job market ignores them, and the stimulus package recently passed is focused on keeping remaining workers, not hiring new ones.

Scheland continued, “A lot of the summer gigs that I had lined up … are now not happening or at least not happening for the foreseeable future. So that is direct work that I’ve lost … coronavirus has basically made it impossible to get work because I can’t be in New York. I can’t sign a lease right now … a lot of the work that I would be trying to get part time is not going to be hiring currently.”

As a result of the recession, the Class of 2009 took lower-paying jobs at less prestigious companies. They settled into jobs as tutors, bartenders and cashier clerks, working to make ends meet until an opportunity opened up in their intended field. Now, all of these jobs are added to the list of those at risk.

While Fordham is no stranger to operating in a recession, it has never been coupled with a pandemic. Avenues that Fordham relies on for income — renting out McKeon Hall to the School of the New York Times over the summer, for example — are no longer an option. They can’t guarantee the same mission of minimizing layoffs.

The New York Times described the situation as “unheard of in advanced economies, more akin to wartime privation than to the downturn that accompanied the financial crisis a decade ago, or even the Great Depression.” Never before has the United States seen such a drastic transformation of the public sphere.

JPMorgan Chase has instituted a hiring freeze, the travel and hospitality industries have begun to plunge, and bars and restaurants are shutting their doors. Seniors who planned on starting their jobs this summer have found themselves on their parents’ couches, unemployed or working the minimum-wage jobs they held in high school.

Fordham students have already begun to feel the effects, despite only being a month out from the suspension of school. Matthew Jordan, Gabelli School of Business at Lincoln Center ’20, said, “I work in a restaurant, and the entire company got laid off. I plan on going into (the) economics/finance field … there are fewer spots available, especially at the entry-level, and a whole slew of econ/finance students graduate in a month.”

Working with the Office of Alumni Relations, the Senior Week Committee at Rose Hill is already setting up events aimed at the difficulties now associated with job hunting. In an Instagram post on April 9, they wrote, “Similar to them (the Classes of ’07, ’08 and ’09), we are about to graduate into a recession with full-time offers being rescinded and freezes being placed on hiring processes … alumni from all sectors want to share their insight into navigating a changing and ‘hopeless’ job market.”

Before the coronavirus radically transformed daily life in America, seniors were slated to graduate into the strongest job market in 50 years. Now, the employment rate is plummeting — and the jobs that remain are irrevocably changed.

Peter Thermann, FCLC ’20, has a job lined up to teach at an elementary school in Brooklyn. “As a future educator, I am very lucky. Children always need to be educated and teaching is routinely rated as one of the most secure career paths. I just hope coronavirus does not change the education field forever; there are few better feelings than being in an actual classroom.”

Sixteen million people have filed for unemployment in the United States in the past three weeks. That number is only going to continue to climb as restaurants close, hotels remain empty and movie theaters shutter their doors. In the meantime, seniors have no choice but to march toward graduation — and with it, the world beyond.