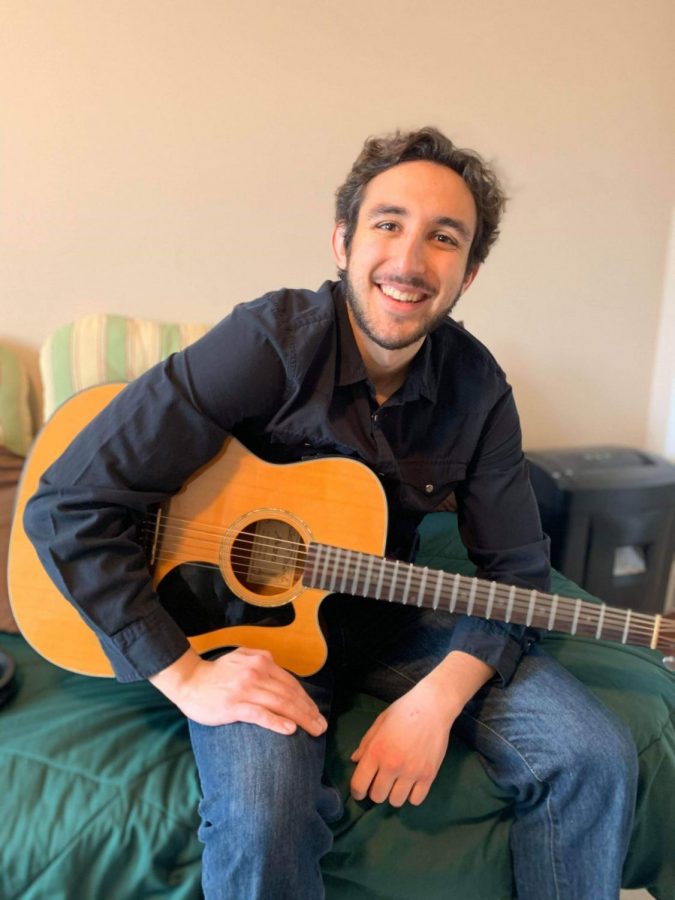 Though it is his last year with the label, Chris Parkin, FCLC ’20, appreciates all they’ve done for him and plans to release more music under Ramses Records before his final goodbye.

Created by Fordham students, the independently run record label Ramses Records launched a new livestream series on Instagram called “Live at Home,” which spotlights different artists within the Fordham community. The livestreams feel strangely intimate despite the distance between the musicians and their audience. Founders and performers stressed the need for a space to create and share music, even while students are at home.

“Music is something that brings people together regardless of what genre,” said co-president and co-founder of Ramses Records, and news editor emeritus at The Observer, Jordan Meltzer, Gabelli School of Business at Lincoln Center (GSBLC) ’20. “We had to figure out a way to spread music without being able to be there in person.”

The livestreams did exactly that — friends, family and strangers got to feel as though they were watching a concert together. Though a group of 14 people seems small, it only served to make the performances seem more personal, even through a screen.

Performers showcased their many talents through original work and covers of their favorite songs. They even threw out the idea of taking requests from the audience. In some ways, Instagram Live’s chat function made it easier to interact with people more individually throughout the set.

One of the performers, Aidan Tice, GSBLC ’22, expressed his gratitude for opportunities like this one that Ramses Records has created. “I love live music, and I love going to concerts and experiencing that intimacy,” he said. “It’s cool that intimacy isn’t lost when it’s through social media.”

Tice’s set and preferred music taste is heavy on the guitar. He sang and played covers of his favorite songs, as well as some originals. According to Tice, it was a great platform to jam and relax with the audience, who gave him requests like “Toxic” by Britney Spears.

During her set, Franchesca Macalintal, Fordham College at Lincoln Center (FCLC) ’21,  who performs as Chesca Mac, was extremely interactive with her audience members. They begged for her original songs to be put on streaming platforms and continually “cheered” her on after every song.

Chesca Mac, in turn, consistently checked in on her viewers during her set. “I hope that if your situation is stressful, that this is a way to sit back, relax and enjoy music from all the artists,” she said.

According to both Meltzer and his co-president and co-founder Paolo Estrella, GSBLC ’20, the idea for the Live at Home concerts came from Shamya Zindani, FCLC ’22, who coordinates social media for Ramses Records and The Observer. She was inspired by seeing her favorite artist, Stella Donnelly, livestreaming herself on Instagram from her house for a music festival called “Isolaid Festival.”

The record label wanted to find a way to still showcase the talent at Fordham while the students are all apart. The team pushed for this series to be available as soon as possible, reaching out to every Fordham artist they knew to create a set list within one week.

“We loved what we were doing at Fordham this year already, so we wanted to bring that to everyone, somehow, while they were at home,” Estrella said.

Besides helping artists release their music, Ramses Records has also booked gigs for artists. Estrella and Meltzer had high hopes for the spring — with the weather being so nice, the two wanted to capitalize on the plaza space to set up concerts at Fordham, as well as off-campus venues.

Many of Fordham’s musicians are still hard at work even though they are at home. Tice will come out with an independent EP at the end of the month that is separate from the record label. Chris Parkin, FCLC ’20, another livestream performer, will be coming out with a song with Ramses Records, with a date and title to be announced.

Meltzer also mentioned that artists would be releasing a few songs through the label within the coming weeks. They hope to also release an EP and a full-length album by the end of the semester, made by different students in the record label.

Whether they were a part of the label or not, every artist thanked the label for the hard work that they put into coordinating these livestreams and for their work all year. “Because of these guys, I have been able to do things that I wouldn’t have been able to without their encouragement and help,” Parkin said.

According to the seniors within the label, it has been bittersweet being sent home early. “It is kind of my parting gift to Fordham in a way because it is something that I am leaving behind, which is really cool,” Estrella said. “It does suck that senior year did get cut short … but we’re working with what we got.”