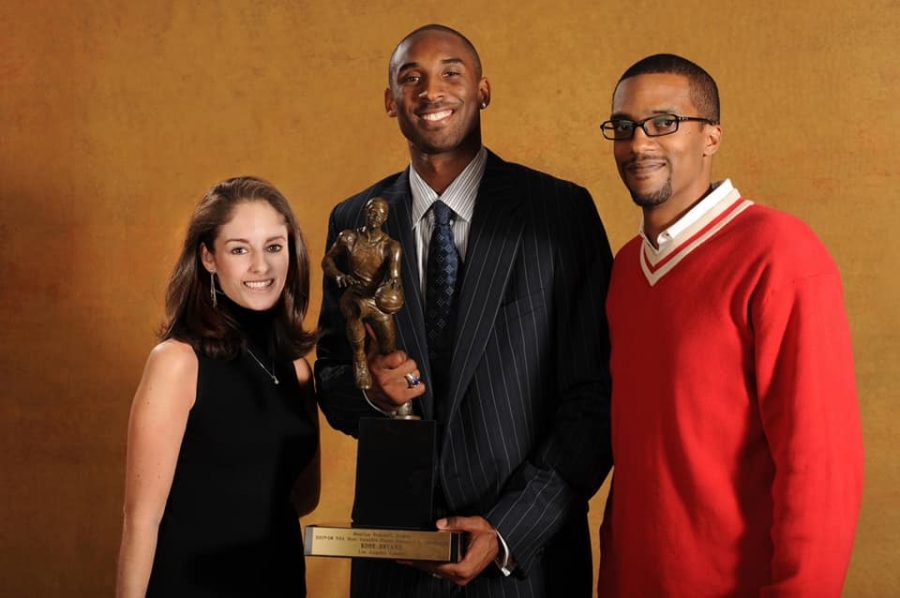 Coddington met Kobe Bryant as a senior in college while interning for the Los Angeles Lakers. The immediate connection they had shaped the course of her career.

By EMMA SEIWELL and NIKO KONSTANTELLIS

As a staff writer and then News Editor Emeritus for The Observer, Catherine Coddington, wrote a number of articles prior to transferring to the University of Southern California (USC). Her articles largely covered sports. In December 2004, she wrote one titled, “As Athlete, Bryant Deserves Respect.”

Coddington, originally from Los Angeles and raised in a family of sports fans, calls herself a “lifelong Lakers fan.” She said, “Some of my favorite childhood memories with my dad were going to Lakers games at the Forum.”

Her admiration for Kobe Bryant in particular was evident in her Observer article. At that time, she could never have imagined that just three years later, upon graduating, Bryant would hire her as his personal communications manager.

Coddington began college at Fordham in 2002 after a brief professional dancing career with the American Ballet Theatre in New York City. She enrolled in a Fordham program for former dancers. Eventually, she found herself missing her family and California, so she decided to transfer to USC where she got her degree in public relations.

After taking a sports journalism course with Fordham professor Hank Hirsch, which she said “changed her life,” she knew she wanted to pursue a career in the sports industry. While in college, she had a number of internships with various sports organizations before landing an internship with the Los Angeles Lakers in their Community Relations department during her senior year.

As an intern, one of her duties included helping with team autograph days, where players spent hours signing items for fundraising efforts and community organizations. On her first autograph day she met Bryant, and they immediately connected.

“I just happened to be standing at the very end of the table and Kobe was sitting right next to me,” Coddington said. “We chatted for like four or five hours about all sorts of things and so we got to know each other then,” she continued.

According to someone working with him at the time, after meeting her that day, Bryant said, “She’s really smart. We should hire her when she graduates.”

Coddington worked for Bryant’s advertising agency, Zambezi, after graduating and was offered the position as his personal communications manager a few months later, at just 25 years old.

When accepting the position, Coddington said she was relatively young and inexperienced. She described it as “a very intense time” when Bryant was receiving aggressive attention from the media. While transitioning from college into a demanding professional life, Coddington said she looked to two of her Fordham journalism professors, Hirsch and Elizabeth Stone, who were “incredibly supportive and helpful.”

While Coddington worked for him, Bryant won NBA MVP and led the Lakers to two NBA finals and one championship. She said his demand for excellence translated into his life off the court as well. Coddington recalled the immense impact Kobe had on her and all those around him. “His work ethic was unmatched and he worked so hard to make himself the best he possibly could be,” she said. “That really rubbed off on myself and I think the rest of the people that worked so closely with him.”

She said her fondest memory with Bryant was a conversation they had on a flight to an event honoring the 2008 U.S. Men’s Olympic gold medal-winning basketball team in Chicago. “He was always so interested in the college experience because he never had one. And so he was asking me a lot about my favorite classes at USC and what subjects were most interesting and what the social experience was,” Coddington said. “It was a really special moment,” she added.

Coddington currently works for the State of California as District Director for Jesse Gabriel, a state assemblymember. Even with her shift in careers, she said she consistently looks back to her time at Fordham, as well as her time with Bryant for guidance.

As a Fordham student, Coddington saw Hirsch and Stone as both professional and personal mentors and still does to this day. “That personal relationship that I developed with both of them really helped shape so much of what I do,” she said. “I look to a lot of the coaching and support that they provided during that time and I use that on a daily basis.”

She shared a similar sentiment for Bryant and the lasting impact he had on her. She described her three and a half years working with him as “something that kind of set me forth on a path forever and how I tackle the job that I’m doing in my career.”

In a post commemorating Bryant on Jan. 30, Coddington said, “Still can’t believe he’s gone but trying to focus on and cherish the memories I have. Thanks for the memories KB.” She said his tragic passing on Jan. 26 is “still surreal.”