The Origins of the Couches in the Women’s Bathrooms: Sexism 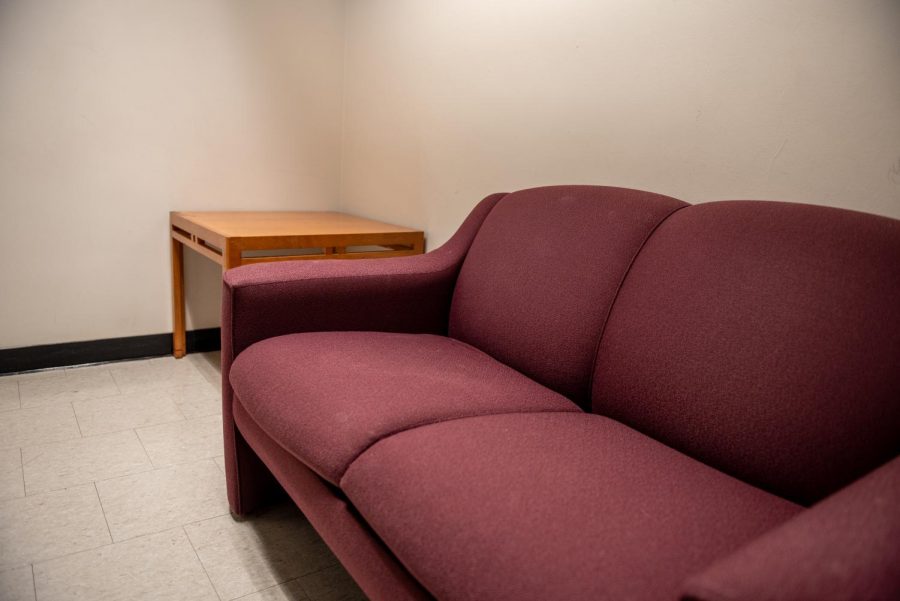 The sofas provided in the women's bathroom in the Leon Lowenstein Center couch a history of misogyny.

I always wondered why bathrooms were referred to as “restrooms,” but I never cared to truly investigate. I thought it was one of those trivial English language things. Like how cookies aren’t cooked, they’re actually baked. While that remains a mystery, the beginnings of the term “restroom” were revealed to me in an article assigned for my New Media and Digital Design class. “The Accidental Power of Design” by Michael Rock, featured in the New York Times, brought my attention to the beginnings of bathroom separation. During the Industrial Revolution, women, “the weaker sex,” were given separate bathrooms to protect them from the outside world as they began to enter the workplace.

It really is not necessary to have separate bathrooms. We don’t gender the bathrooms at home or on airplanes. Still, student activists at Fordham fought a tough battle to get gender-neutral bathroom signage in the lobbies of McKeon and McMahon. There is something about public space that absolutely freaks people out. When women started to work during early industrialization, it was paramount that they should have a place to pass out: Their physical and mental fragility could never possibly take on working a full day like a man.

In a seemingly unrelated but vital clause, I am going to go out on a limb here and say most students who have taken a class at Lincoln Center have utilized the bathrooms that are available on each floor of Lowenstein. Now, you may want to sit down for this. When you enter any women’s restroom in the building (other than in the lobby), you are not met with sinks and stalls, but a separate room with a couch. In this room there is also a pad and tampon dispenser and you must go through another door to access the facilities.

I am halfway through the spring semester of my sophomore year and never thought anything of this literal “rest-room”. I also never thought about what the men’s bathroom looked like. I guess that I assumed they would also have couches, but no. Fordham is a traditional institution, so I am not surprised they would involve archaic gender coding for public restrooms. I did some digging on Google, and found out the Leon Lowenstein Center began construction in 1967 and was finished in 1969. It is crazy how men’s perception of women in public spaces from the Industrial Era survived to the postmodern era and is evident in the physical layout of the bathrooms at our own university.

After I came to this stunning realization in class, I asked my male-identifying peers if they knew about the room preceding the women’s bathroom. I was met with stimulating intellectual responses about the absurdity of assuming feminine fragility and how Fordham perpetuates this view. I do not see many people using these couches. People seem to go to the restroom to use the facilities, not to rest, oddly enough.

Mateo Solis Prada, Fordham College at Lincoln Center ’22, remarked, “They have couches in there?” I wouldn’t be too jealous, guys. I would call the couches “dingy,” if I was feeling nice. I imagine if you took a baseball bat to the cushions, a cloud of dust would appear.

This discovery has opened my eyes to how gender bias can be deeply ingrained in society to the point where one gender gets a couch in their bathroom. Maybe the creators of restrooms were onto something about the differences between men and women. First and foremost, men don’t get tired — their masculinity doesn’t allow it. Even if their mighty testosterone fails, they’ll have to take a nap on the toilet, like a man. Women are allowed to sit on couches and men are not; simple as that. I would like to thank the introduction of restrooms for helping many understand their place in the world.