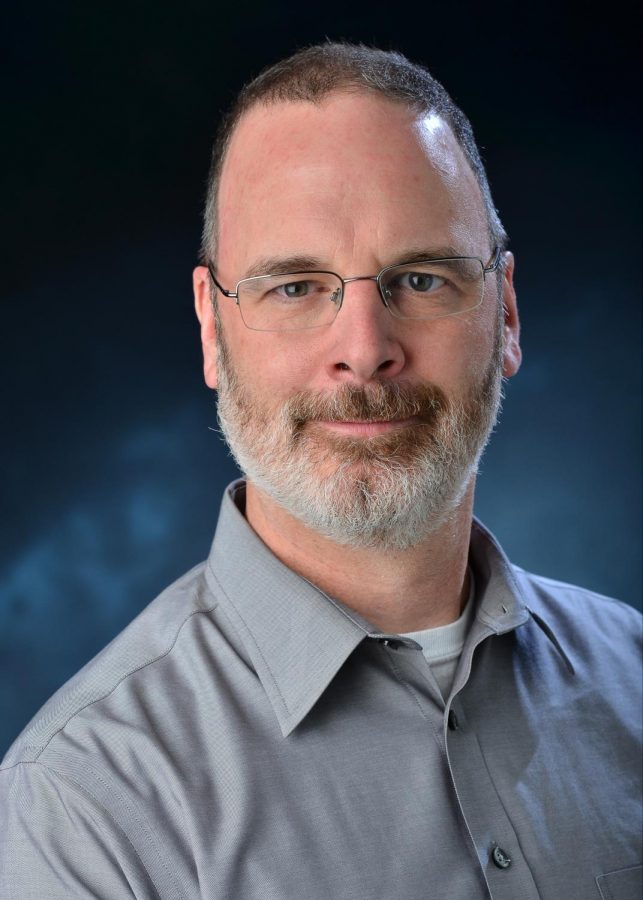 Bruce hopes to work on his project with the money given to him by the NEH, taking eight months to travel to Paris for research.

From the Middle Ages to fitness, Scott G. Bruce, Ph.D., is a man of many interests. Hailing from Canada, Bruce came to the United States for graduate school and taught for several years at the University of Colorado Boulder. In 2018, he became a professor of Medieval History at Fordham’s Rose Hill campus.

Bruce’s love for the Middle Ages began in his youth, through fantasy literature and “Dungeons and Dragons,” and was realized in his college history class. He even has a collection of books about the history of the supernatural in the Middle Ages, which he curates and uses in his own history courses.

His passion has led him to receive the National Endowment for the Humanities (NEH) Fellowship award for his research project entitled “The Lost Patriarchs: A Survey of the Greek Fathers in the Medieval Latin Tradition.” In addition to his words in a recent Observer article, Bruce said that the project looks at the “strong tradition of studying Greek patristics,” which is the study of early Christian writers and their essays on church life and doctrines, and will focus particularly on the influence of these works on Latin-reading Medieval Europeans.

Several such works have been translated into Latin, but Bruce has found that “there is no single place to go to find any information about these Latin translations.” The NEH grant will allow Bruce to enter “Phase One” of the project: creating a catalog of the translated Greek authors and assembling contributors to write entries for his reference book. While the book is estimated to take around 10 years to complete, Bruce, now 52, hopes to hold his work in his hands by the time he’s 60.

“The Lost Patriarchs,” according to Bruce, is “among the more esoteric things” that he does, and he does not foresee it as being something particularly useful to those “outside of scholarly circles.” However, the book will show that while the Western Middle Ages greatly informed modern Christianity, it also “drew influence from a wide variety of sources, including Greek tradition.” Since the influence of these pre-Medieval authors has been difficult to measure, Bruce hopes that “The Lost Patriarchs” will allow future scholars to do so.

Because his project is so extensive, Bruce will also be spending much of his time doing something else he loves: traveling. “So many of my manuscript resources are in Europe, and while there’s a ton of digitization, it is still excellent to look at these things in person. And the NEH will allow me to take a year off teaching to pursue this work full time,” he said. Over the course of the next decade, he will be making stops all around Europe and some more “local” stops in the U.S.

Through traveling, Bruce finds he learns best by putting himself in a place he doesn’t quite know and learning to adapt. For his trip to Paris next year, where he will spend eight months for research, he hopes to become better at speaking and understanding French.

Besides his passion for the Middle Ages and travel, Bruce describes himself as a “voracious reader.” From the comic books to fantasy paperbacks he used to read in his youth to “the novels I keep by my bedside, I’m at my happiest when I’m reading.” He also loves exercise, which he uses as a way to come up with new ideas and ponder the things he’s read. He swims, bicycles and walks with his dog; but above all that, he runs. “I married a runner, so I had to become a runner,” Bruce said. “It’s the classic story of the geek marrying the jock. I always say, ‘She ran, and I ran after her.’”

The greatest piece of advice that he shares with all his undergraduates is to “study abroad, especially a place where English isn’t the first language. If you’re worried about learning the language, you will. The key to that is simply falling in love with someone who lives there. That’s my advice: study abroad and fall in love.”