A Fordham Friendship Spanning Half a Century 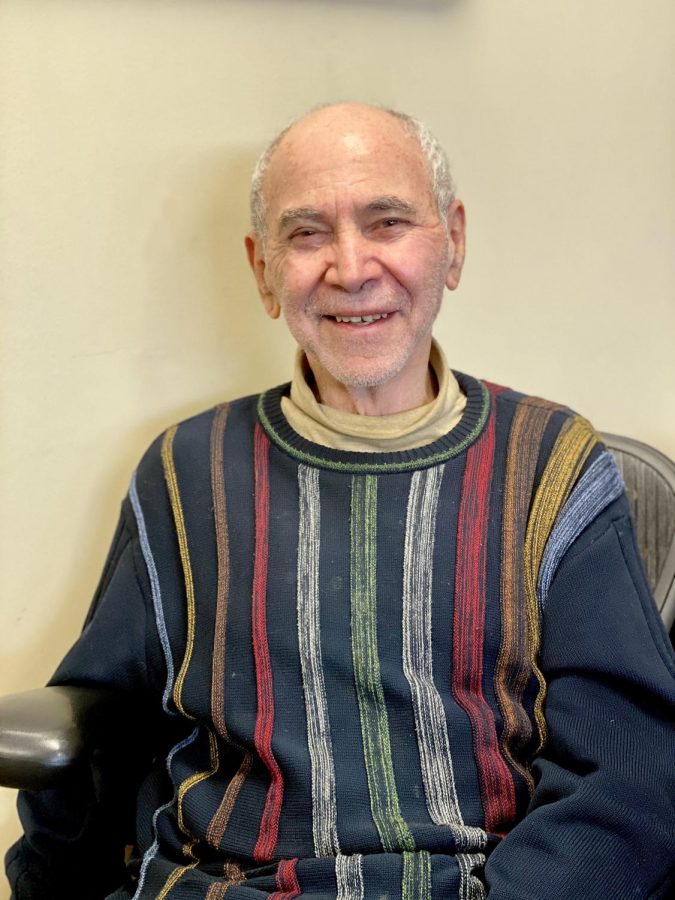 Weiss (pictured) and Houser were strangers until they had one particularly revealing conversation in Fordham's cafeteria in 1969.

By SAMANTHA MATTHEWS and EMMA SEIWELL

In a letter hand-delivered to The Observer’s office on campus, Len Weiss, Fordham Graduate School of Social Service (GSS) ’71, recounted his 51-yearlong friendship with classmate Dave Houser, GSS ’71. During his first semester of graduate school, Weiss met Houser, with whom he became acquaintances through shared classes — though it wasn’t until one particular conversation that they solidified their long-lasting friendship. After reading his letter, we followed up with an interview in order to get more information about the friendship that lasted half a century.

At 21 years old, Weiss was drafted into the U.S. Army. He was stationed in Fort Hood, Texas, and later transferred to Savannah, Georgia, where soldiers trained for combat. It was here that they learned that they were being trained in the anticipation of a full-scale military invasion — the Cuban Missile Crisis loomed large in the American consciousness. Weiss never became “boots on the ground,” as he put it, because negotiations between President John F. Kennedy and Premier of the Soviet Union Nikita Khrushchev ultimately resolved the conflict.

After being discharged from the army and spending a brief stint in advertising, Weiss made his transition into social work. “I always felt I wanted to help people. It was the ’60s … (with) protests, Vietnam and so on, I sort of got caught up in this and I joined the city agency social services,” he said.

After a few years in social work, he applied for paid educational leave at his job in order to study at Fordham University. The city of New York paid for Weiss’ full tuition, books and a salary of $9,000 per year. Weiss explained that during the ’60s, the rationale was that if there were more educated social workers in circulation, then there would be significant cuts to the number of people in poverty.

It was at Fordham in 1969 that Weiss met Houser who was also pursuing a master’s degree in social work. Unbeknownst to Weiss at the time, Houser was drafted into the army in 1961 as well and coincidentally sent to the same base in Texas where Weiss was stationed. The two did not meet, as they were each assigned to separate pods and battalions, Weiss in infantry and Houser in engineering.

They found out about their shared years in Texas during a casual conversation at Fordham. Weiss said, “We’re sitting in the cafeteria and we’ve known each other for about a month or so and Dave says, ‘You know I had this strange dream about some guy in an army uniform.’ I asked, ‘Were you in the army?’”

Weiss called it “an amazing coincidence” which marked the start of a close relationship maintained up until Houser’s death in May of last year. After retiring in 1993 Houser moved from New York to Arizona but the two of them regularly talked on the phone. Weiss said, “I’d sit down with a glass of wine and I’d talk to him. About his life and about his struggles.”

There was a disparity between his and Houser’s backgrounds. Houser came from Indiana coal country with his Midwestern values in tow, while Weiss was a jaded New Yorker learning how to help the people of his city. “We were from different parts, but we really did connect and become close,” Weiss said.

Weiss remembers his friend as having an obsessive love of driving, an avid gambler, and someone he could “discuss anything with.” Houser never married or had kids. Weiss said, “There was a loner side to him. You really had to know him to penetrate that.” Through the years, they always supported each other through thick and thin, weathering personal crises together. “He was a good friend,” Weiss said.

When asked what Houser was passionate about as a student, Weiss responded, “In school well … I was going to say women, but he was very interested in terms of protest.” Weiss recalled both him and Houser getting caught up in the prevalent protests surrounding the Kent State shootings of 1970.

After graduating, the two worked for the same community based outreach unit on the Lower East Side called the “Community Services in Public Housing.” The goal was to fight the war on poverty — a fight that their army training could not help them win. Weiss joined the board of advisory at the Henry Street Settlement, a major housing agency on the Lower East Side. He worked with the Tenant Association developing any programs they needed, or settled any political issues they had. Houser went on to work in Plant Management, in which he served as a liaison between tenants in the “plants,” or housing projects, and the agency.  He mainly worked on the crumbling infrastructure of housing projects brought to their attention by tenants.

Weiss, now retired, still has not given up the fight and helps in any way he can. He refers to himself as an “active activist,” and approaches homeless people on the street all the time. “There are really a lot of young people sitting there with their cardboard signs, and they all have stories, and it’s sad, they’re just trying to get work,” he said. Weiss offers them information about resources that are available to them, such as local drop-in centers.

Weiss has been a resident of the Upper West Side for 13 years and regularly visits Fordham’s Lincoln Center campus. He takes notice of the changes that have been made since attending in 1969. Weiss noted that he was extremely impressed with the strides Fordham has made in terms of diversity.

“I’m Jewish myself, and I said ‘wow’ when I saw a sukkah on campus,” he said. A sukkah is a temporary hut or booth constructed outside for the week-long festival of Sukkot. He recalls Fordham’s Catholic ties being more exclusive and prevalent during his time here; he even said that most professors would lead a blessing before class would begin.

For much of his life, Weiss endured the changes to New York City, Fordham and his personal life with Houser by his side. Their story proves that the friendships made in college can truly last a lifetime. In the words of Weiss’ original letter, “Two men, unknown to each other, met 51 years ago at Fordham University. How strange, unpredictable and rewarding life can be.”