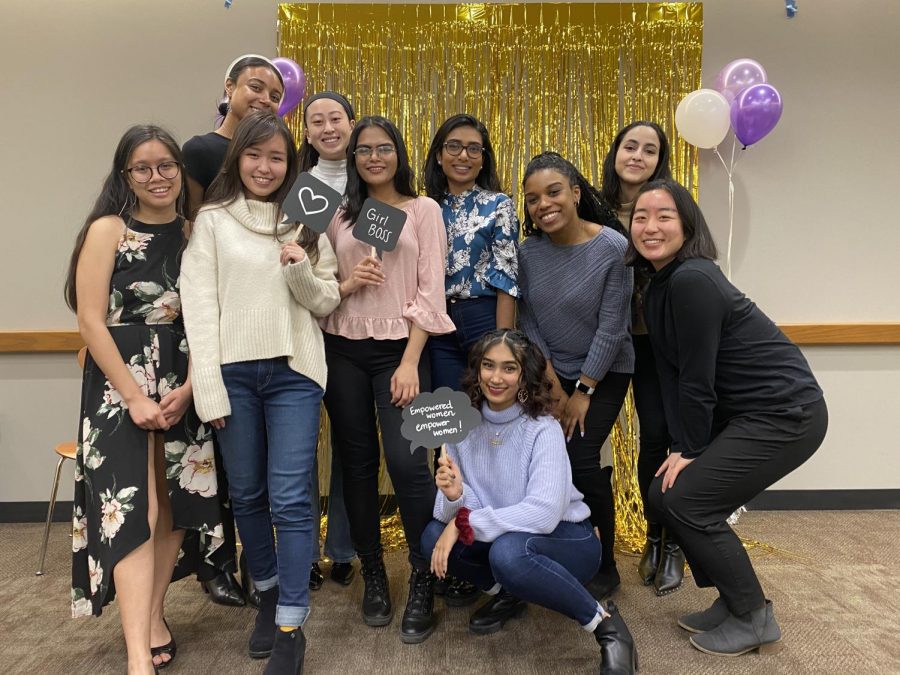 Students celebrate Fordham women who have inspired them at an annual luncheon at Fordham Lincoln Center for the first event of Women's Herstory Month.

For the second year in a row, the Office of Multicultural Affairs (OMA) has organized a slate of events to honor and celebrate women as part of Women’s Herstory Month (WHM). However, due to the University’s postponement of on-campus events amid the coronavirus outbreak, future Women’s Herstory Month events will not take place as scheduled.

Juan Carlos Matos, Assistant Vice President for Student Affairs for Diversity and Inclusion, suggested that parts of the programming could be rescheduled once the University returns to normal operations.

WHM Programming at the Lincoln Center campus began on Thursday, March 5, with the annual Women’s Herstory Month Luncheon. OMA hosted a similar event at the Rose Hill campus on Friday, March 6. Shaya Morgan, a graduate intern at OMA, said in an that the luncheon “was dedicated to recognizing the outstanding women in the Fordham community who contribute to the university at large, and the students’ lives.”

In the meantime, OMA is determining how to proceed: “We are working with the Women’s Herstory Month student committees on both campuses to identify ways we can run social media campaigns instead of some events and explore the possibility of having one to two events via an electronic format like zoom,” Matos said via email.

This year, OMA has sought to incorporate students in the organizing and planning processes.

“College students play a vital role in articulating women’s history because they are some of the most passionate people on the planet. We see how students show up for social movements, programs, and other opportunities to have their voices heard,” Morgan said.

This academic year, OMA started a Cultural Programming Coordinator (CPC) position, expanding the responsibilities previously held by Diversity Peer Leaders. Fordham students hold the CPC positions and are responsible for playing a leadership role in programming during the cultural heritage month and, in addition, other relevant events during the academic year, Matos added.

“The coordinator role was extremely appealing because I strongly believe in the work that OMA is doing. OMA does incredible cultural programming for Fordham at both Lincoln Center and Rose Hill,” wrote Mahbuba Hossain, Fordham College at Lincoln Center (FCLC) ’20 and the 2020 Women’s Herstory Month CPC.

Hossain saw New York City as a laboratory for students to explore cultures and experiences different from their own: “As someone who grew up in New York City, cultural diversity is my norm. But there are plenty of students at Fordham who are new to the community and wish to learn more, which is why I think cultural programming is a great way to become more engaged,” she added.

Twelve CPCs across both undergraduate campuses each serve with OMA’s graduate interns in their co-chair positions, Matos said. They serve as leaders of larger Cultural Programming Committees, filled with students of all backgrounds.

Cultural Programming Committees at Fordham came about after OMA sought to develop more robust cultural heritage programming in recent years. “In 2017-2018, OMA made a move from hosting stand-alone events that celebrated cultural months to planning a more full calendar of events for the entire month at both the Rose Hill and Lincoln Center campuses,” Matos said.

“I believe that putting on programs that celebrate women and our experiences encourages students, faculty, and staff to engage in deeper conversations that surround the women/women-identified experience and how to continue to break the barriers that we may face,” Morgan said.

This year, Women’s Herstory Month occurs amid questions about the status of several cultural clubs and organizations around campus, including the Feminist Alliance organization. Despite the difficulties of galvanizing and sustaining student involvement in extracurricular activities at Fordham Lincoln Center (FLC), Hossain is confident in students’ interest in engaging with OMA’s programming.

“At the Lincoln Center campus, I’ve received interest from students wanting to be involved with the different cultural committees, particularly the commuter students. I’ve noticed that cultural programming events tend to have a high turn out.”

She believes that more awareness of the cultural heritage months would inspire more students to attend events: “I don’t think it’s because people aren’t interested. They just don’t know about it. With more promotion ahead of time, I think attendance can improve.”