The True Price of Jumping a Turnstile 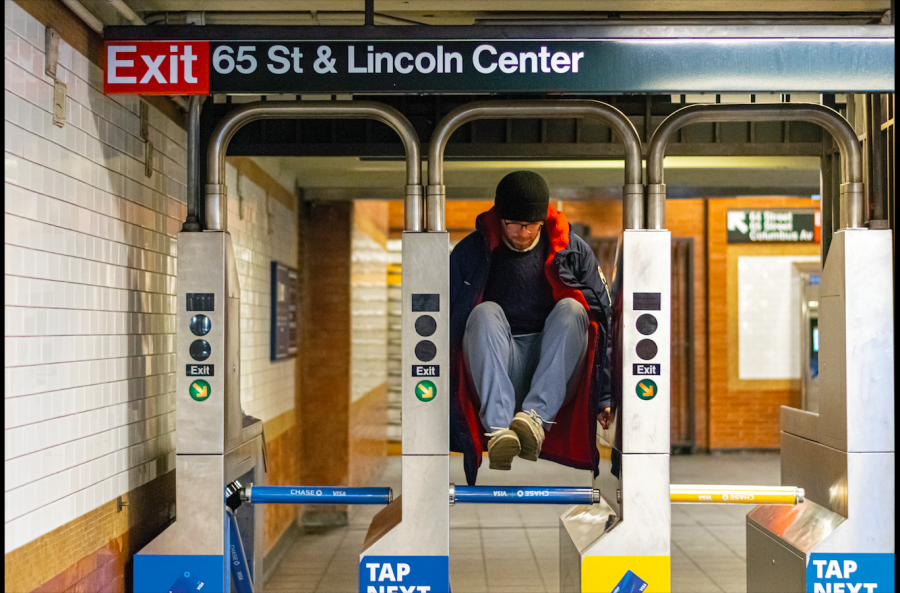 Students wanting to travel throughout the city would face quite an obstacle without access to a subway station — especially the widely-used 66th Street, Columbus Circle and 57th Street. All of these happen to fall within Transit Bureau District (TBD) 1 — also known as the busiest section of  the New York City subway system.

TBD 1 has also seen the most fare evasion enforcements within the Mass Transit Authority (MTA). Logically, this would lead one to infer that TBD 1 is the most severely patrolled district.

Except TBD 1 has one of the lowest enforcements per fare evader in New York City. Compare it to TBD 23, which includes Rockaway to Jamaica Plains, which, despite having the fewest riders, has twice as many enforcements per swipe as any other district.

The difference between the two areas: TBD 1 is wealthier — and whiter.

In June 2019, New York Gov. Andrew Cuomo, Fordham College at Rose Hill (FCRH) ’79, announced that 500 uniformed officers would be added to the subway and bus systems, citing data showing that the MTA had experienced a severe increase in fare evasion. The statistical validity of this data — which was directly cited multiple times as the reasoning for costing the city hundreds of millions of dollars in new hires — was called into question by the MTA Inspector General.

In a letter to the MTA less than three weeks after Cuomo’s announcement, the Inspector General highlighted concerns about the survey —  Operation Plannings Division “saw the project as an internal management tool to get an estimate of the problem, not an official analysis whose results would be formally reported to the MTA Board or considered a robust and reliable estimate of revenue loss.”

In November of the same year, it was revealed that the MTA would add another 500 officers, costing the city $249 million. When questioned on the necessity of this addition — especially since major crime has fallen — MTA chairman Pat Foye, FCRH ’78 and LAW ’81, blamed terrorism, saying “I don’t need to point out to anybody in this room that not far from where we meet today was a terrible act of terrorism in 2001.”

He continued, “There was an attack at the Port Authority subway station … and fortunately no one got hurt, but people could have been killed and there could have been substantial property damage.”

This increased police presence coincides with a rise in NYPD controversy over policing quotas. Constantin Tsachas, a deputy inspector, ordered his subordinates to ignore white and Asian people — whom he called “soft targets” — and to target black and Latino people for fare evasion.

“Tsachas would get angry if you tried to patrol subway stations in predominantly white or Asian neighborhoods,” one police officer — who is a plaintiff in a discrimination lawsuit against the NYPD  — said. Since these allegations, Tsachas has been promoted to second-in-command of the subway system in Brooklyn. Both the police department and the police union, when contacted by the New York Times, declined to comment.

In 2016 in Brooklyn, young black men represented 50% of fare evasion arrests, but were only 13.1% of poor adults. This data was obtained not because the MTA made it freely available, but because a group called the Community Service Society (CSS) compiled the data shared by public defender organizations.

In 2017, the New York City Council (NYCC) passed Local Law 147, which required the NYPD to report the number of arrests and summons they issued for subway fare evasion including race, gender and age. Despite going into effect in January 2018, the NYPD ignored the first three deadlines they were given.

In October 2018, the NYPD partially released the requested information. It included minimal information on the end of 2017 and the first half of 2018 — according to the NYCC, this excluded distinguishing information for stations with the same name (like “125th Street”) and the age, race, and gender of those arrested outside of the top ten stations.

CSS and NYCC member Rory Lancman eventually sued the NYPD to force compliance with Local Law 147. In January 2020, two years after the law had gone into effect, a full set of data from 2017 to 2019 was released.

In 2019, there was a total of 1,206 summonses and arrests at Columbus Circle, out of the roughly estimated 23 million people who pass through. For every 19,121 people who would pass through the station, one would get an arrest or summons. At Beach 60 St. — a station in a low-income black and Latino area in Brooklyn — one summons or arrest would be issued for every 6,632 people.

This is not a new conclusion, but the release of these policing figures by the NYPD finally supports it with reliable, government-backed evidence. New York Attorney General Letitia James declared in January of this year that she was beginning an investigation, discussed in “Alleged Targeting Of Communities Of Color On NYC Subways.”

Despite switching from arrests to mainly issuing summons, any form of punishment can greatly warp a low-income person’s ability to get by for the month.

If someone can’t afford $2.75, it will be almost impossible for them to afford a $100 ticket. “A fare evasion arrest carries with it collateral consequences that can affect employment, deny access to critical public benefits, and for immigrant New Yorkers, result in detention and possibly deportation,” Anthony Posada, an attorney at The Legal Aid Society, said.

New York has implemented policies to try to assist low-income New Yorkers. The Fair Fares program allows low-income New Yorkers to receive half-off on MetroCards. Families who are just above the cutoff line and struggle to budget $2.75 two times a day might not be able to afford better deals like an unlimited card because they don’t have the $127 to spend at once.

Christina Greer, Ph.D., associate chair of the political science department, said, “I was a board member of the Riders Alliance when we pushed these Fair Fares and it was a huge success because we figured out how to give discounted tickets to seniors and to students … but that’s not the be all, end all — that doesn’t fix everything…we’re not addressing the societal issue here.”

In 2018, Columbus Circle was the 8th highest-trafficked subway station in New York. FLC students use this daily — benefiting from a system that favors their area. Students who travel to Rose Hill arrive at a subway station — Fordham Road (B and D) — that gives a summons or arrests to 1 in 7,224 people in an area where 39% of people are below the poverty line (compared to 11.1% around Columbus Circle). As New York prepares itself for a thousand officers to be added to this system, Fordham students will continue to use the subway as it carries a heavy hand against its users.