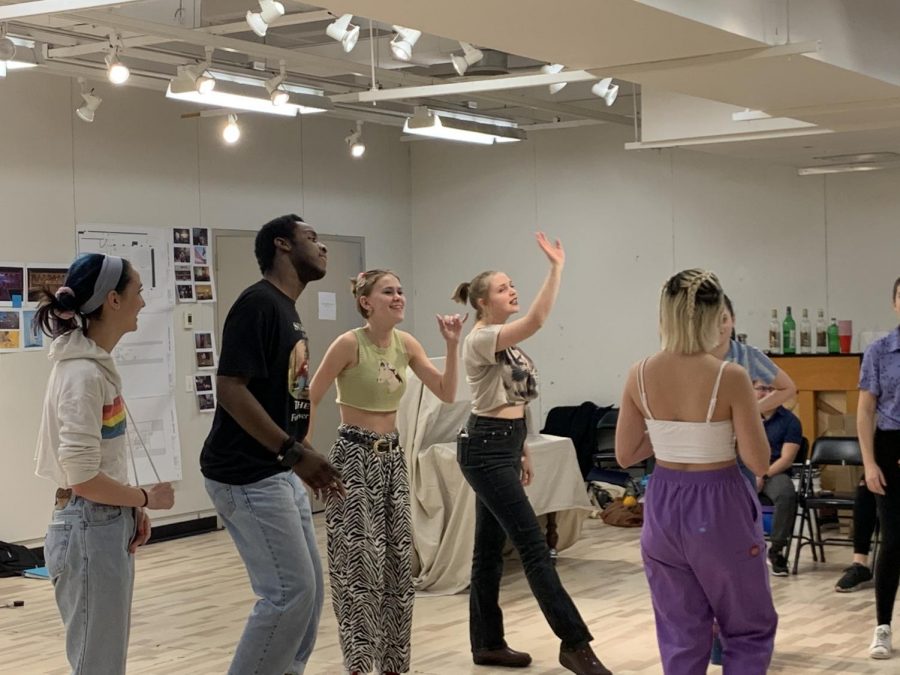 Throughout the rehearsal process, the actors developed a sense of community similar to that embodied by the play's characters.

Standing outside Franny’s Space while jotting down notes during interviews, I was struck by the easy camaraderie between the actors of “Airline Highway,” Fordham Theatre’s first mainstage production of the spring. Entwined with each other and occasionally riffing off of songs floating out of the other room, it was clear that the students felt comfortable.

Their openness — and willingness to forgive me for my hastily scrawled notes — matched perfectly with the subject of their play. “Airline Highway,” a black comedy, packs punches and heart in equal measure.

The plot is simple: Miss Ruby, an aging burlesque dancer in New Orleans, is dying. She decides to hold her funeral while she is still alive. As her closest friends — societal rejects like herself, including sex workers and ex-addicts — come together to support the woman they all view as a mother figure, drama unfolds over the course of the night.

Victoria Fanning, Fordham College at Lincoln Center (FCLC) ’22, plays Miss Ruby. According to her, the play is about “a group of forgotten people in such a lively town” and the task of viewing death as “a celebration.”

When asked what they most wanted audiences to take away from the show, multiple cast members honed in on the themes of inclusion and family.

As Lauren Santos, FCLC ’22, put it, the essence of the show is generating “love for these characters that normally get cast out” by telling their stories. Santos plays the stripper Krista.

By creating a space for these characters to tell their own stories and exist beyond one-dimensional characterizations, “Airline Highway” shows bridges can be built between marginalized members of society and the more privileged.

The cast built similar bridges during rehearsals. The process began when the cast members arrived back at Fordham after winter break.

Inman said there was “a lot of chemistry, team building before production began.” He and other cast members also gave much credit to the efforts of Nehprii Amenii, the director of “Airline Highway” from outside of the university, for fostering the relationships between them. Fanning said she admired how Amenii “handles a room and creates a safe space,” while Santos was grateful for “the educational experience about myself, how to work with others and how to work in a space.”

Raekwon Fuller, FCLC ’23, who plays performer Sissy Na Na, said the most important thing he gained from the experience was learning how to “balance your character’s life, the play’s life and your own life.” He expressed gratitude for the chance to “step out and be who I am.”

So what should audiences expect? “Visceral love,” said Johnny Travers, FCLC ’21, who plays hotel manager Wayne, that “translates to every possible motion.” It’s an “amazing, wacky, crazy thing to explore,” but it creates “a beautiful sense of community.”

Correction: A previous version of this article misstated Travers’ and Inman’s roles. It has been updated to reflect the correct information.