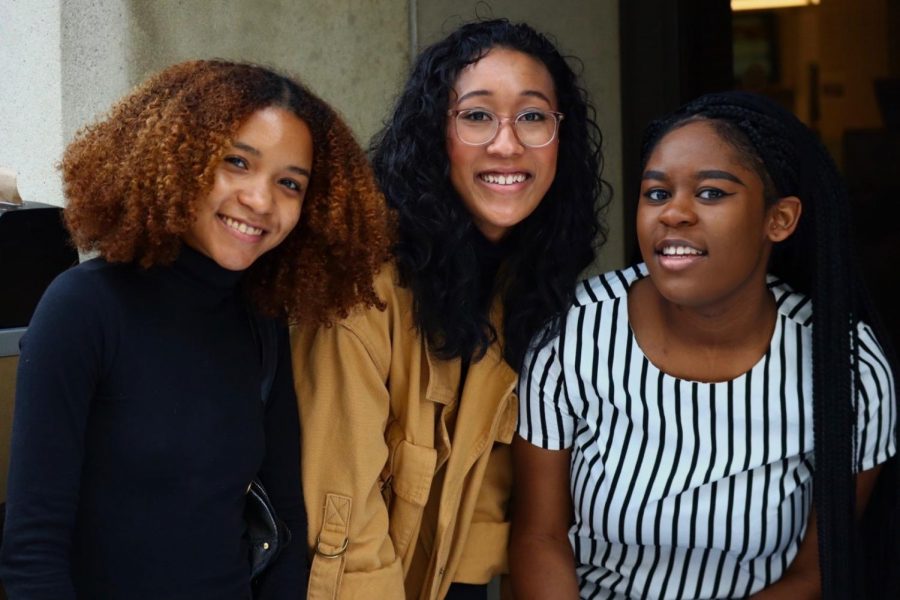 President of BSA, Ahmari Alford (left) hopes to see more support for students of color on campus during BHM.

Throughout February, the Black Student Alliance (BSA) and the Office of Multicultural Affairs (OMA) organized events to celebrate Black History Month (BHM) at Fordham Lincoln Center (FLC) with the goal of raising awareness and celebrating the achievements of black Americans and their role in American history.

Ahmari Alford, Fordham College at Lincoln Center (FCLC) ’21 and president of BSA, said, “It is important to host BHM events at FCLC because of its status as a predominately white institution and its continued lack of effort to diversify its student body and accommodate and celebrate the few students of color on campus in any substantial way.”

This year’s BHM theme, during the 150th anniversary of the 15th Amendment that gave black men the right to vote, is “African Americans and the Vote.”

BSA is currently working to expand their presence on the Lincoln Center campus. Each Thursday of February between 11 a.m. and 3 p.m., BSA has been tabling in the Lowenstein Plaza to talk about different aspects of black culture and activism, including love, beauty, wellness and the black community in entertainment and the arts.

Vice President Chanelle Dortch, FCLC ’23, said all students are welcome to participate in BSA’s events this month: “Black History Month isn’t just a way to create awareness of black history and culture; it’s a way to really celebrate a rich culture and history that has grown the general American culture.”

Across the FLC campus, BSA and OMA have posted flyers of black figures in history to commemorate their contributions to American history. However, Raekwon Fuller, FCLC ’23, said that while “they are a good start, it’s the same people we talk about every Black History Month, such as Rosa Parks or Harriet Tubman.

“I love them, don’t get me wrong, but there are so many black figures that people need to be educated on,” he continued.

OMA also arranged for a jazz ensemble to perform in the main entrance to the Leon Lowenstein Building on Feb. 2, but Fuller also thought that the event was limited: “I don’t appreciate that we had a jazz band play and only one black person was in the band. Jazz isn’t just the epitome of black music; we have soul, African, gospel and all kinds of things,” he said.

The Lincoln Center celebrations will culminate with a mixer on Thursday, Feb. 27, in conjunction with other student cultural groups on campus including the Caribbean Students Club (CSC), Student Organization of Latinx and Muslim Students Association who all plan to come together to celebrate cultural history.

Ahmari believes that “cultural clubs like BSA , SJP, MSA, SOL, and CSA (to name a few) have been the primary reason and place students of color on campus are able to be celebrated and find solidarity.” This is the first year that different cultural clubs will celebrate BHM together.

“The Black History Mixer is an event to celebrate the end of Black History Month. We want it to be a fun event where black students and other students of color feel appreciated from the food to the music and to the people,” CSC President Jemina Molines, FCLC ’21, said.

Across all Fordham undergraduate colleges, the black student population has increased by 7% in the past year, according to the Fall 2019 Freshman Geographic Report. Alford believes that “cultural clubs like BSA … and CSA … have been the primary reason and place students of color on campus are able to be celebrated and find solidarity.”

Alford hopes that black students’ takeaway from the BHM events should be that “they are worth celebrating every moment of every day, not just this month.”