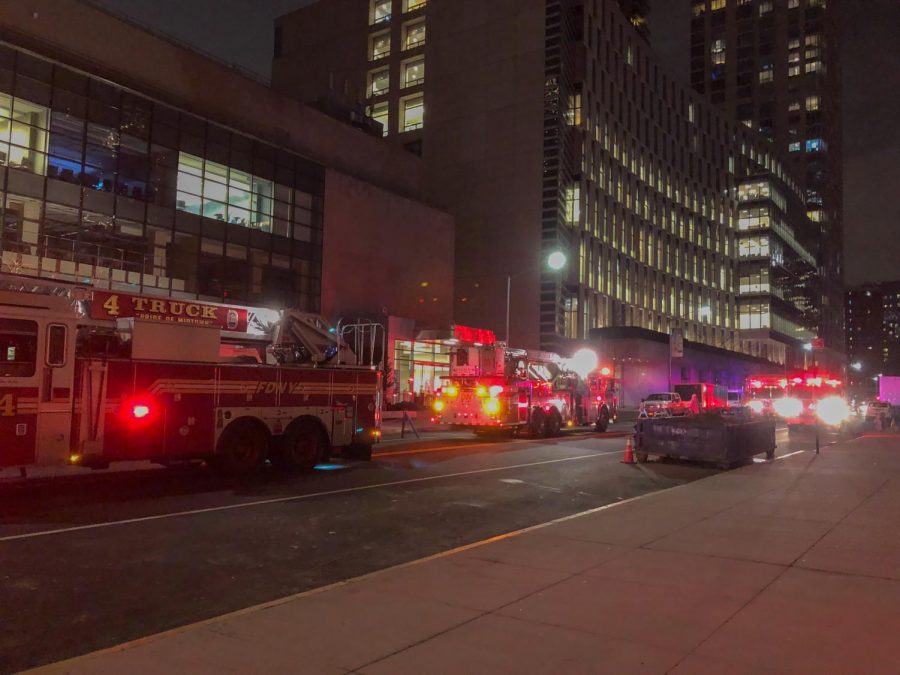 When steam started to rise, FDNY trucks and Con Ed arrived on scene.

On Friday, Jan. 31, a damaged safety valve caused a steam release on the roof of the 140 West 62nd Street Building, forcing a building-wide evacuation and all the building’s classes and club events to be canceled for the evening.

The fire safety director came onto the building’s P.A. system at 6:30 p.m., alerting occupants that an alarm had been set off which prompted an investigation. A second announcement followed five minutes later, ordering all students and staff to evacuate. Small crowds gathered on the sidewalk in front of the building and across West 62nd Street, watching a plume of steam billow from the roof.

Fire crews appeared on the scene but were not called into the building. Con Edison arrived around 7 p.m. to begin repairing the damaged valve.

“It resulted from a faulty safety relief valve that activated,” John Carroll, associate vice president of Fordham Public Safety, wrote in an email. “That particular safety valve was damaged due to the Con Ed shutdown over the last weeks. Our Facilities team isolated that valve and a redundant safety system was put on line providing heat / hot water needed.”

The leak occurred hours after Public Safety announced Con Edison had “repaired the damaged steam pipe that provides heat and hot water to the Lowenstein Center, 140 W. 62nd Street and Martino Hall,” according to an email sent out at 2:30 p.m. that day.

“There was a definite correlation in that the particular safety valve problem caused by Con Ed didn’t manifest itself as damaged until almost 20 hours after the return of Con Ed service,” Carroll wrote.

The building was safely reopened for use Saturday morning, and a new safety valve has been ordered for installation, according to Carroll. No other buildings were evacuated.