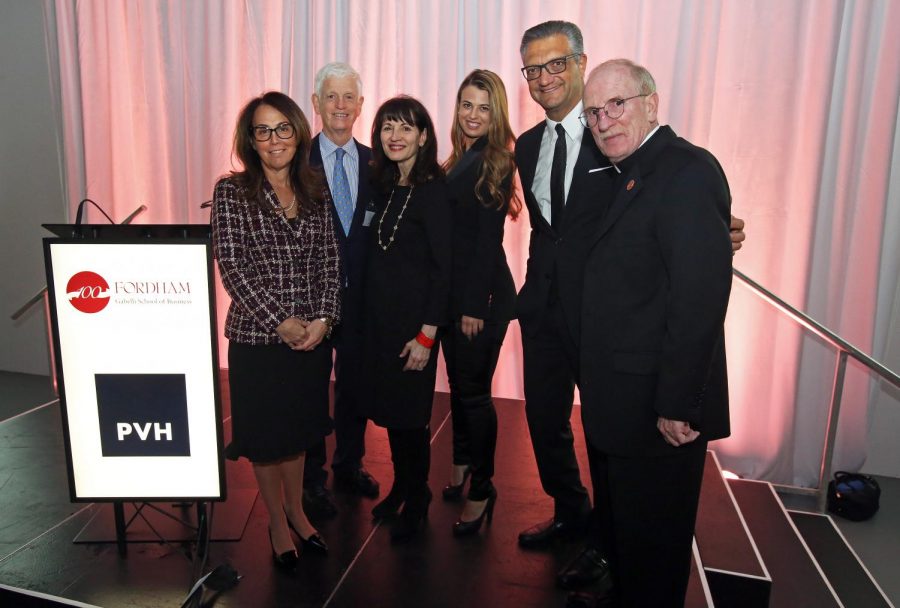 The Gabelli School of Business (GSB) is celebrating its centennial this year. A look into Gabelli’s history reveals the many different names, places and departments collectively make up GSB as it is known today.

“The centennial celebrates the undergraduate business school journey, tracing back to its beginning in the Woolworth Building,” said Michael Benigno, director of marketing and communications at GSB.

Fordham offered its first business classes in 1920 on the seventh floor of the historic Woolworth Building in downtown Manhattan, which between its construction in 1913 to 1930 was recognized as the tallest building in the world. GSB’s founding is attributed to Hugh O’Reilly, an accountant and Fordham faculty member who, with the permission of former Fordham President Fr. Edward Tivnan, established an accounting program, which he taught in the Woolworth Building. “Not many schools could say they were founded by a faculty member,” Benigno said.

Fordham steadily expanded its influence, utilizing ten different locations for classes in Manhattan until 1943 when it moved all city classes to the 302 Broadway Building. In 1947, Fordham developed business programs at Rose Hill. According to Beningo, until the development of the Lincoln Center campus in 1968, Fordham’s business programs were undergraduate only, spanning both Manhattan and Rose Hill locations.

The founding of Lincoln Center was also the beginning of graduate business programs, which started running in the Leon Lowenstein Building a year after its foundation. It was only in 2014 that both undergraduate and graduate programs started referring to themselves as GSB.

Despite being spread across three different campuses, Benigno said that the Gabelli community, both graduate and undergraduate students, will be celebrating together. Timothy Geithner, former Secretary of Treasury under President Barack Obama, will take part in a Fordham speaker series, set to begin on April 1.

Notable business leaders like Phillips-Van Heusen Corporation, or PVH Corp, chairman and CEO Emanuel Chirico, as well as WIRED editor-in-chief Nicholas Thompson will speak at the conference. Another aspect of GSB’s Centennial celebration is its $1 million partnership with PVH Corp. According to Benigno, it will go towards “enhancing sustainability programs, curriculum and research at GSB.”

In addition to events and grants, GSB will be celebrating with an ice cream social in the spring, a social media contest, and t-shirt and centennial gear giveaways, according to Benigno.

With one hundred years of history behind it, Benigno offered a glimpse of what GSB hopes to accomplish going into the new century. GSB recently began a capital campaign of $75 million, which the school hopes to use in order to fund more scholarships as well as enhancing MBA and Ph.D. programs.

GSB will also be “doubling down on international visibility and partnerships,” in order to improve the global reputation and prestige of GSB, according to Benigno. In addition to the PVH Corp partnership, Gabelli is also partnering with the Sustainability Accounting Standards Board, Stanford Innovation Fellows, and other local and global partners.

“I would say our future is very much so pointed towards sustainability, and using business for social and environmental good,” Benigno said.