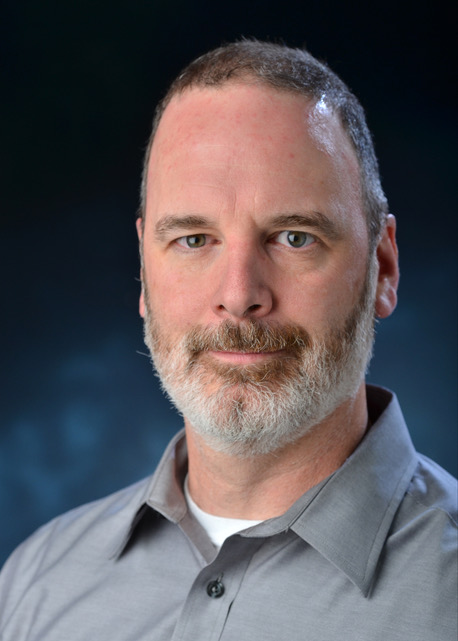 Scott Bruce plans to use his fellowship money to create a large reference library of Greek Christian works that were translated into Latin.

The National Endowment of the Humanities announced 188 projects that it will be funding —   two of which are Fordham history professors. Scott Bruce, Ph.D., and Yuko Miki, Ph.D., will each receive a fellowship for $60,000 which will last for 12 months. Both plan to use their fellowships to reexamine parts of history that they believe are often ignored.

Bruce plans to use his fellowship to create a large reference library of Greek Christian works that were translated into Latin. The reference book will be titled The Lost Patriarchs: A Survey of the Greek Fathers in the Medieval Latin Tradition.

“People just think ‘Oh well, it’s just a translation, and it can’t be that important. What can it really tell us?’” Bruce said, according to Fordham News. “But the fact that people went to the pains of translating Greek into Latin and continued to read and copy these texts over the course of the Middle Ages is important.”

So far, Bruce has identified over 90 works that have been translated from Greek to Latin that have never been researched. Bruce plans to organize his reference book by authors; while some only wrote a few works, others have written dozens.

Bruce expects the project of creating such a large reference book to take around 10 years. He hopes that the book’s impact will create results that last for decades to come.

The project “uncovers how many Christian Greek authors were being read in Latin in medieval Europe and it creates the foundation to study the influence and impact of these writers on Christian doctrine and devotion,” Bruce said about the importance of his project.

He is also looking forward to involving his Fordham University graduate students in the project.

Miki will use the fellowship to work on her book “Brazilian Atlantic: Stories of Illegal Slavery.” Miki’s book project focuses on the illegal slave trade in Brazil during the 19th century which brought almost 800,000 enslaved people to Brazil.

“One of the central questions that I want to write about in this book is, what does it mean that the era of the 19th century is conventionally known as the era of abolition, where the world embraces liberty and abolishes slavery,” Miki said. “But what you see in fact if you look more closely at the sources is that illegal captivity is rampant but not only that, this kind of straight forward triumph of freedom is not so straightforward.”

To address this, Miki plans to write a character-driven narrative. Her book will follow the story of two West African men, a slave ship called the Mary E. Smith, a Freemason and an African prince. The Mary E. Smith left from Boston, challenging the idea that the North was a place of freedom. The African prince poses a similar dilemma to the reader, as he allies with people in Brazil to overthrow Portuguese rule, despite having sold slaves in the past.

Not only will her book follow multiple characters, but for the first time, Miki will be a character as well. Miki wants to add in the dialogue of the archives into her book not only to allow for readers to understand the materials that historians work with but also to connect the past and the present and highlight the gaps in the archives themselves. Currently, Brazilian people are able to go to the archives and easily look into their familial records. However, there is a large gap between what is available to Brazilian people and Brazilian people that are descendants of slaves.

“Brazilian people in Brazil often go to the national archives in Rio because they are looking for documents of immigrant ancestors. Why? Not just because they want to find a family history; often they are trying to find documentation to Europe, connecting them to Europe so that they can get a way out of Brazil because right now Brazil’s in such political and economic turmoil. So that’s their relationship to the archive.” Miki said. “But I told this story to a really good friend of mine who’s an intellectual, a professor and an activist and who is also black, and she just said, ‘Well, those sources aren’t available to me,’ because she’s a descendant of slaves, and they don’t have those kinds of sources.”

Both Bruce and Miki said they are both looking forward to bringing to light two topics in history that are rarely discussed.