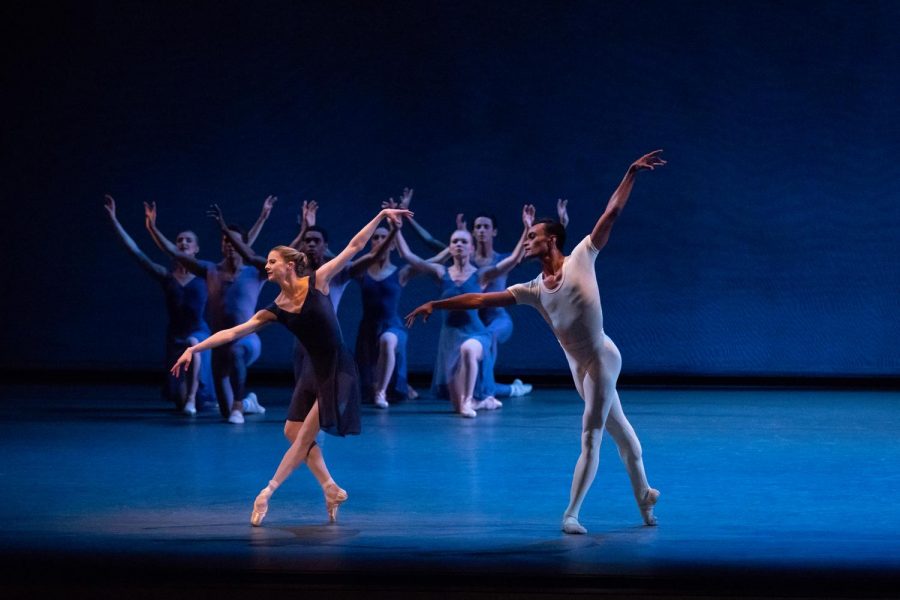 Jerome Robbins' "Opus 19/The Dreamer" is one of the classical works to be presented in NYCB's winter season.

The New York City Ballet (NYCB) has just entered its 2020 Winter Season across the street at the David H. Koch Theater. The lineup includes traditional works of classical ballet such as “Swan Lake,” in addition to new works such as world premieres from Alexei Ratmansky and Justin Peck. Until March 1, NYCB will perform seven different programs, all of which, with the exception of “Swan Lake,” include multiple pieces.

“Stravinsky and Balanchine,” slated for Feb. 1 and 2, includes four pieces choreographed by George Balanchine, all set to music by Igor Stravinsky. The highlight of the program is “Danses Concertantes,” an unusual piece for the Balanchine-Stravinksy pair, as the score was not originally composed for ballet. In this energetic series of different pas de trois dances, the dancers wear brightly colored and decorated costumes rather than just simple leotards. The other three pieces, “Monumentum Pro Gesualdo,” “Movements for Piano and Orchestra” and “Stravinsky Violin Concerto” are examples of Balanchine’s neoclassical style and his acclaimed choreographic genius.

“All Balanchine,” running on Jan. 28 and 29, consists of three contrasting Balanchine pieces. These are “Allegro Brilliante,” “La Source” and “Firebird,” with music by Tchiakovsky, Delibes and Stravinsky, respectively. Balanchine has said that “Allegro Brilliante” is “everything I know about classical ballet — in thirteen minutes.” His work “La Source” is French-themed with romantic style tutus, and “Firebird” is the telling of a Russian fairytale about whimsical creatures in a mythical world with the colorful backdrop of costumes and sets designed by the early modernist artist Marc Chagall.

“New Combinations” runs Jan. 30 and 31 and Feb. 4, 7, 8 and 12, and includes four pieces — three from world-acclaimed contemporary choreographers and the last from a legendary creator in dance. First, Christopher Wheeldon’s “Polyphonia,” one of his first great contemporary works, showcases four different couples to the music of György Ligeti. Following is a world premiere from Ratmansky entitled “Voices” with music by Peter Ablinger. Third is Justin Peck’s 18th of his 20 ballets choreographed for NYCB, “Bright,” with music by Mark Dancigers. The program concludes with Jerome Robbins’ “Opus 19/The Dreamer,” a ballet for 14 dancers which focuses on a male protagonist, with violin music by Sergei Prokofiev.

“Balanchine and Peck,” running on Feb. 1, 5, 8, 11 and 13, includes three works: two from Peck and one from Balanchine. “Belles-Lettres” is one of Peck’s most romantic ballets, and “In Creases” is the first ballet he choreographed for NYCB. The program ends with Balanchine’s “Brahms-Schoenberg Quartet,” a grand romantic ballet for 55 dancers set to music by Johannes Brahms.

“Classic NYCB I” runs Feb. 6, 9, 25 and 29, and it includes four different works from Balanchine, Peck and Robbins. First, Balanchine’s “Haieff Divertimento” is a unique Black and White ballet — a signature style from Balanchine with minimal costuming of only black and white leotards and tights — which has not been performed for two decades. Following, Robbins’ “Concertino,” set to music by Stravinsky, is a jazzy pas de trois. But highlighted in this program is Balanchine’s neoclassical “Episodes,” being performed in commemoration of the American choreographer Paul Taylor. It incorporates a solo originally performed by Taylor which has not been included in the piece since 1989. Finally, Peck’s eighth ballet for NYCB and one of his most famous works, “Rodeo: Four Dance Episodes,” which is set to music by Aaron Copland, showcases one woman and 15 men in an energetic reimagining of the styled American folk tune music.

“Classic NYCB II” runs Feb. 26 through March 1. The program begins with Robbins’ “In G Major,” which is set to the lively music of Maurice Ravel. Following is a world premiere from Peck set to the music of contemporary composer Nico Muhly. Concluding is “DGV: Danse à Grande Vitesse,” choreographed by Wheeldon with music by Michael Nyman. This unique piece was created in honor of an addition to the French high-speed train called the TGV. Its themes are evident through the metallic backdrop, costuming and nonstop movement.

From Feb. 14 to 23, NYCB will perform the classical ballet “Swan Lake,” which tells a story of romantic tragedy to the dramatic score of Tchaikovsky. This version was choreographed by Peter Martins after Marius Petipa, Lev Ivanov and Balanchine.

NYCB offers tickets for $30 for people under 30 for most of these performances. Tickets can be purchased at the David H. Koch Theater Box Office, and more information on the season can be found on NYCB’s website.