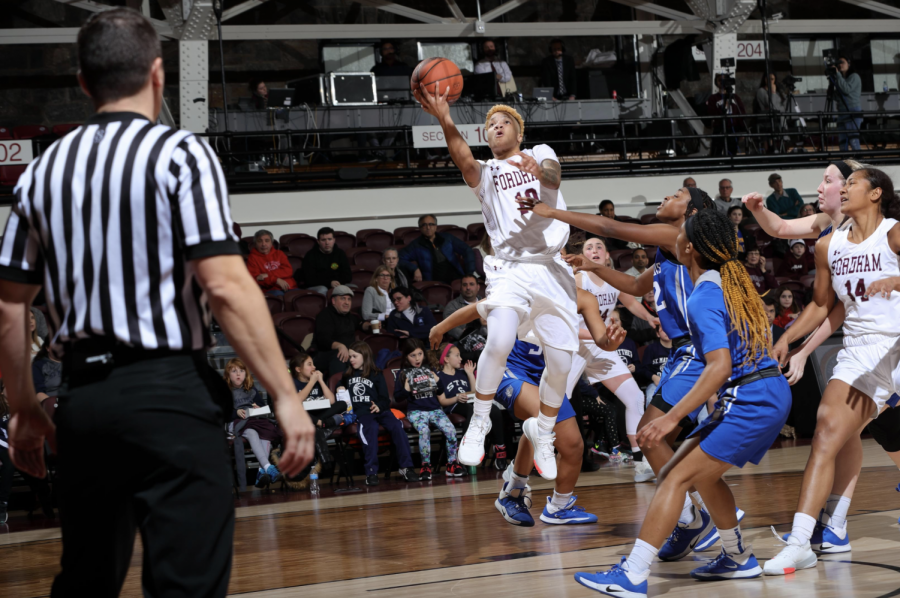 Conference rival Saint Louis University looked to stop Fordham women’s basketball’s winning streak at the Rose Hill Gym Thursday night. Bre Cavanaugh, Fordham College at Rose Hill (FCRH) ’21, made sure it would continue, leading the Rams to a late fourth-quarter comeback on the way to a 66-54 victory.

The first quarter demonstrated why these two teams were ranked third and fourth in the preseason rankings. With long possessions and equal scoring throughout, it appeared as if the game was going to come down to the wire. Prior to the game, Coach Stephanie Gaitley discussed the importance of shutting down Saint Louis’ bigs, or their taller players, when they attacked the glass. Fordham did just that in the first quarter, especially on offense, securing their fair share of second-chance points as a result.

A competitive game nearly turned into a runaway in the second quarter. Fordham got into early foul trouble, which led to an 11-0 Saint Louis run. The height disadvantage Fordham faced down low proved to be their weakness, and Saint Louis kept pounding the ball inside, realizing Fordham’s only response was sending them to the charity stripe. The Billikens went up five points going into the half, leading the Rams 34-29.

Fordham’s flaw throughout this matchup was their slow starts coming out of breaks. The 11-0 run that started the second quarter was echoed with a 9-2 Saint Louis run to open the half, but Fordham was not going to let the Billikens shut them down on their home court. Fordham shifted the flow of the game and began to play with the hustle and intensity seen in their game day in and day out. 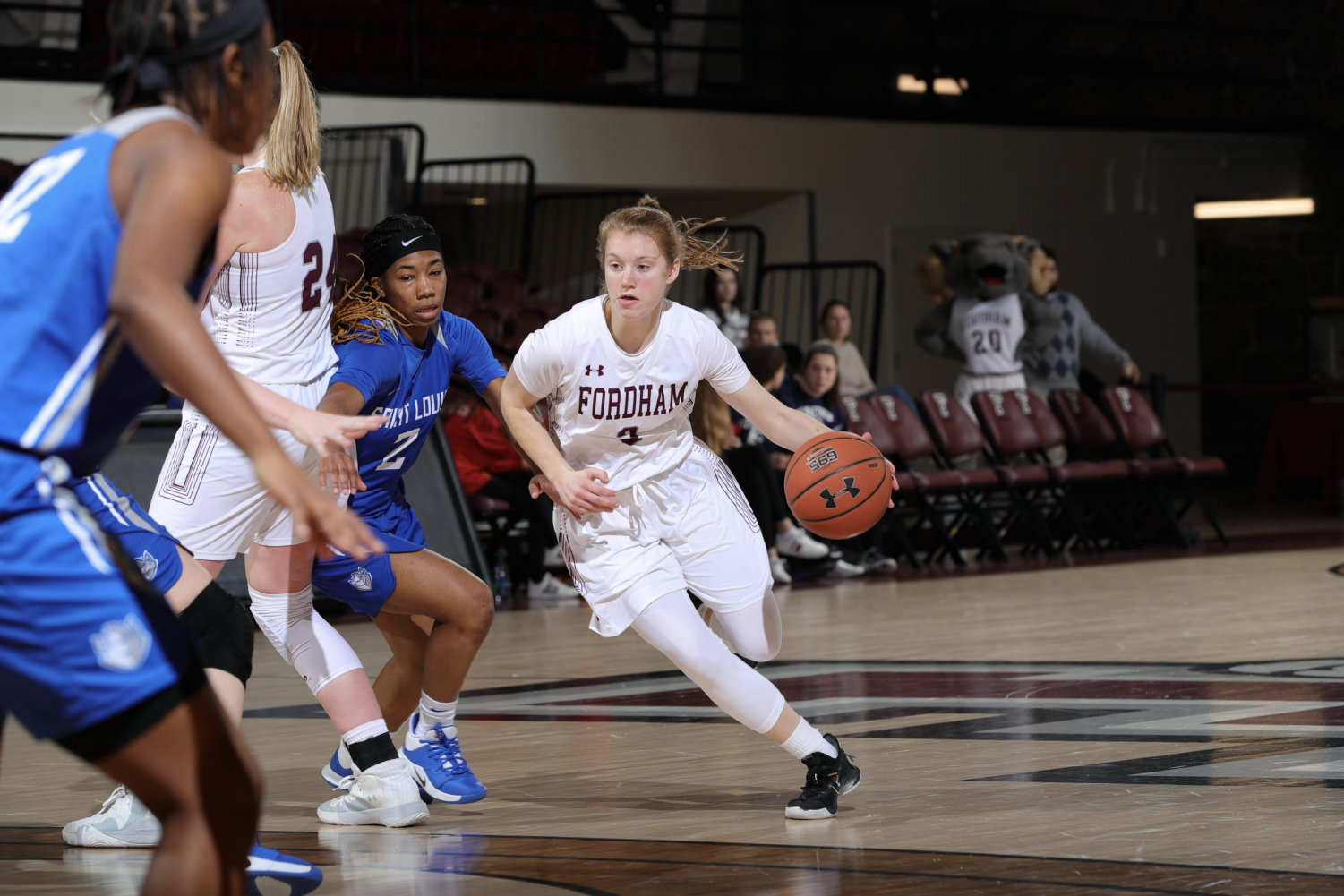 Fordham took control at just the right time in a tense game, and two free throws by Anna DeWolfe, FCRH ’23, with seconds left on the clock assertively punctuated the third quarter. Diving for loose balls, drawing fouls down low and knocking down the three-ball led to a 12-0 run to close out the quarter and tied the game at 43.

Momentum constantly shifted over the course of the game, with both sides exchanging big runs, but the fourth quarter was completely dominated by the Rams on their home floor. Anyone who has watched a minute of Fordham basketball this year would know that team captain Cavanaugh has been nothing short of spectacular all season. In the final quarter, she put all her talents on display. She scored or assisted on their first 10 points of the quarter and maintained that intensity in the final minutes and finished with a game-high 27 points.

When asked about her stellar performance, Cavanaugh said, “I caught fire at the right time and stayed patient and confident.” She also received some motivation from her teammates during a tense moment. Looking back on a conversation during a break, Cavanaugh remembered, “At one point one of my teammates said, ‘Bre we need you right now.’ I said okay, and that’s all she wrote!”

As a team, they never struggled to find the bottom of the net when it mattered most. Shooting over 60% from the field in the final 10 minutes, Fordham played their best down the stretch on their way to a monstrous 23-point quarter. This made the difference in a hard-fought conference battle, with the Rams coming out on top, 66-54.

Fordham’s upcoming schedule does not get any easier as they face the first-place Dayton University Flyers and the third-place Virginia Commonwealth University Rams on the road. However, if past performances are any indicator of future results, an upset might be in the cards for the Rams. In Cavanaugh’s words, “Winning the game last night against St. Louis gives us a lot of confidence and we are hungry for these next two games and others ahead.”