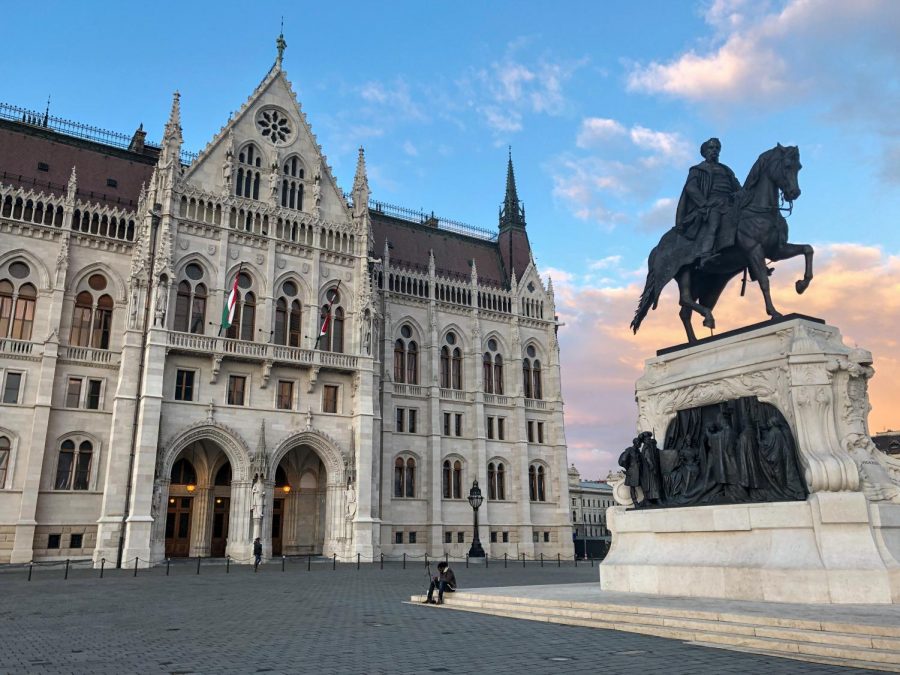 Since the rise of Viktor Orbán, a swell of nationalism has eroded democracy.

Illiberalism is an increasingly prevalent political philosophy in much of the world today. Even the use of the term “illiberal democracy” is problematic, because democratic institutions begin to degrade if they become illiberal. An especially concerning example of “illiberal democracy,” serving as both a bleak picture of democratic institutions being exploited in post-communist Eastern Europe as well as a broader cautionary tale, is that of Viktor Orbán’s government in Hungary.

Orbán was elected in 2010 and has remained as prime minister since, winning large majorities in the 2014 and 2018 elections as well. During his tenure, Orbán has bought out media outlets, run incendiary and propagandistic campaigns against migrants and George Soros, and degraded the independence of his country’s judiciary. All of these activities are deeply concerning, but the primary effect of an illiberal state is the attempt to manipulate a nation’s “public culture,” or how a nation views itself culturally.

Despite Orbán’s authoritarian instincts, Hungary has been more successful in building up democratic institutions than many other post-communist countries. However, he has been able to undermine many of his country’s democratic institutions that were built up for the first time in the 1990s. Orbán’s authoritarian appeal is rooted in supposed nostalgia for the past.

This is a common tactic not only of authoritarian leaders, but right-wing populists in general as well. These leaders use rhetoric intended to make their supporters feel nostalgic for the days of “strong” leaders, rather than feeling optimistic about their future. They often further attempt to generate support by noting that the past was often an era before modern cultural issues considered progressive in nature.

Economic decline or stagnation often increases the appeal of this type of rhetoric, because in those cases, at least a certain group of the public will view the so-called “good old days” as a period of greater economic strength and prosperity relative to the present. Populist rhetoric is used by Orbán not only to polarize Hungarian society, but also to degrade the country’s democracy through illiberalism. This is because much of the divisive message that his political party, Fidesz, campaigns on is primarily targeted at liberals, whereas those who are illiberal are portrayed as the “in-group.”

By using immigration as his signature political issue when campaigning for elections in Hungary, Orbán makes it clear that his primary goal is to exert force on the collective values of his country for political gain, especially to promote anti-liberal sentiment. Orbán primarily campaigned on the immigration issue in the April 2018 election in Hungary, in which he was elected for a third term. It is also important to understand that Fidesz’s scapegoating of migrants is not only for cultural reasons, but likely to also capitalize on economic concerns among the Hungarian populace. Incomes in Hungary tend to be much lower than in Western Europe, and it has become increasingly difficult for the country to compete economically with many of Europe’s financial strongholds. As a result, Orbán can present his rhetoric to try to alleviate economic anxieties among the general population by attempting to claim that migrants threaten Hungary’s economy.

This is both untrue and ironic, as Hungary is actually losing out on much potential economic growth by exerting near-total prohibitions on migrants and refugees. However, when the  electorate is both angry and potentially frightened over their personal financial situation, they may be more vulnerable and susceptible to divisive and antipluralist rhetoric, especially since these people would tend to put themselves in the “in-group” and view whoever the demagogue declares as “them” as the “out-group.”

It is unclear whether Orbán could be defeated electorally in spring 2022. However, as more and more sustained attacks on democracy occur by Fidesz, the prospects for a possible return of liberalism to Hungary look dimmer and dimmer. This is also exacerbated by Orbán’s attempts to manipulate his country’s public culture through a variety of means, such as media consolidation, propaganda campaigns, and appeals to a seemingly jingoistic and irredentist past. Since these examples of actions and rhetoric are closely correlated to the manipulation of Hungary’s “public culture” and associated consciousness, they have impacted the country’s movement towards illiberalism over recent time.

Prospects for a healthy democracy with a flourishing civil society in Hungary were never especially strong due to the damning impact of communism on the country, as well as the fact that it is a very young democracy. It remains to be seen how Fidesz will work in the European Parliament going forward. The EU could use more of its leverage to prevent Hungary from engaging in anti-democratic activities, especially given that a small but significant percentage of Hungary’s gross domestic product comes entirely from EU funds.

It has become far more difficult to promote liberal values in Hungary today than it was when Orbán was elected in 2010, but there will need to be clear efforts by Hungarian citizens to move away from authoritarianism in government as well as to resist the worst impulses that can be brought out by intense manipulation of the “public culture.”