The Academy of Disappointment

Both Globes and Oscars do wrong by the best movies, but I'm still watching them 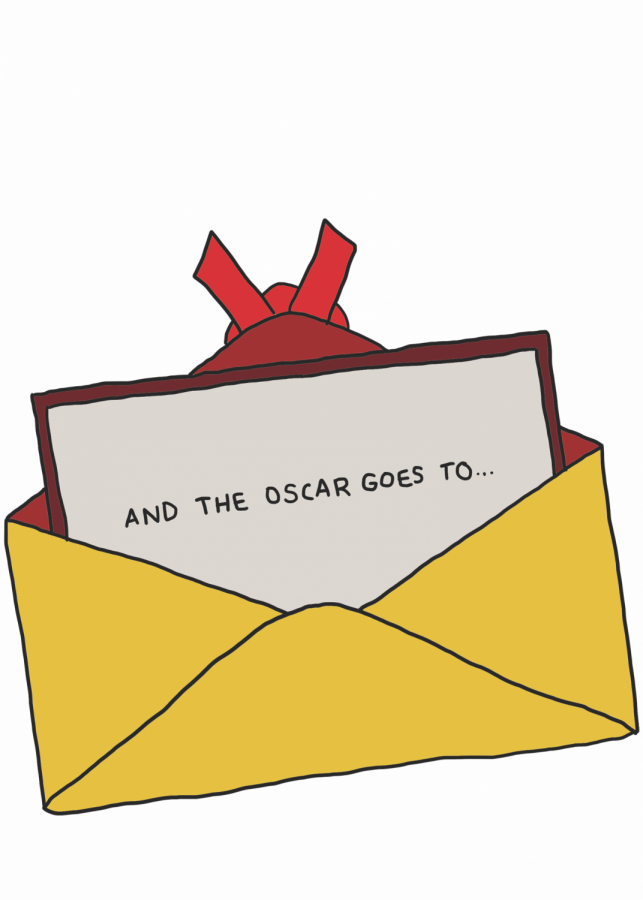 The beginning of the new semester also marks the beginning of something else: awards season. On Jan. 13, this year’s nominees for the Academy Awards were announced, and the Golden Globes were awarded a week prior. Every awards season, I eagerly await both the nominations and the ceremonies, only to be let down once again. Most awards shows are no longer a reflection of good cinema, but rather a reflection of the industry itself and its white, patriarchal issues.

For another year in a row, the Academy has given more praise to mediocre studio films that play it safe instead of the many independent films that outshine them and take more risks. Based on “Green Book” winning best picture last year and “Bohemian Rhapsody” wrongly taking home best editing, I should not have been surprised that the Academy would move in a similar direction this year.

Nine films were nominated in the Best Picture category: “Ford v Ferrari,” “Jojo Rabbit,” “The Irishman,” “Little Women,” “Joker,” “Once Upon a Time in Hollywood,” “Marriage Story,” “1917” and “Parasite.”

A notable snub was Josh and Benny Safdie’s “Uncut Gems,” which didn’t receive a single nomination despite being both a critical and commercial success. The film features a strong performance from Adam Sandler, whom many believed even had a shot at taking home the award for Best Performance by an Actor in a Leading Role. The movie was not eligible for the Golden Globes because of its late release.

Other snubs included “Knives Out” and “Two Popes,” which were nominated for best comedy/musical and best drama at the Golden Globes, respectively. Despite their Best Picture snub, they both claimed nominations in their respective writing categories.

The nomination of “Ford v Ferrari” came out of left field, as the film was not nominated for a Golden Globe in that category. “1917” ultimately took home the Golden Globe for Best Drama, while “Once Upon a Time in Hollywood” took home the prize in the Comedy/Musical category.

Once again, the Academy is being called out for the lack of diversity within the acting categories, as there is only one person of color among the 20 nominees. With great films such as “Parasite,” “The Farewell,” “Waves” and “Us” coming out in 2019, the lack of representation is embarrassing.

Renée Zellweger and Joaquin Phoenix took home the Golden Globes for leading roles in a drama for “Judy” and “Joker,” respectively. Zellweger beat Saoirse Ronan, Charlize Theron, Scarlett Johansson and Cynthia Erivo, against whom she’ll be competing for the Oscar in the same category. Antonio Banderas, Leonardo DiCaprio, Adam Driver and Jonathan Pryce are all nominated for Best Performance by an Actor in a Leading Role with Phoenix.

For the second year in a row, the Academy has failed to nominate a woman for the Best Directing prize. In fact, in the last 10 years, Greta Gerwig has been the only female nominee — she was nominated in 2017 for “Lady Bird” but was snubbed this year for “Little Women.”

The Hollywood Foreign Press Association also continues to ignore the work of female directors at the Golden Globes. A woman hasn’t been nominated in that category since Ava DuVernay for “Selma” in 2014. The industry used to write off the lack of women nominees to the lack of projects helmed by women, but although more great films are directed by women, few of them are still nominated. Alma Har’el for “Honey Boy” and Lulu Wang for “The Farewell” were other notable snubs in this category.

Despite mixed reviews from critics and audiences alike, Todd Phillips’ “Joker” received the most nominations this year with a total of 11. Just behind it are “The Irishman,” “1917” and “Once Upon a Time in Hollywood” with 10 nominations each.

Interestingly enough, it was Netflix who received the most nominations of any studio with 24 total. Disney and Sony came in close behind with 22 and 20 nominations, respectively. Netflix moved up from fourth place in this race last year, showing the industry’s move towards streaming-based platforms.

Just two years ago, most filmmakers were reluctant to make films with streaming services out of the fear that they would kill the theater experience. However, people will always follow the money. Netflix’s large wallet and willingness to give filmmakers more creative freedom than studios has attracted notable names like Martin Scorsese and Noah Baumbach. Streaming services like Netflix and Amazon Studios are set to have an even more successful 2020 based off the projects they’ve secured.

As I sit down to watch the ceremony, set for 8 p.m. on Feb. 9, I know that I will be disappointed; I am every year. The awards season always reminds me that movies are personal. You don’t need the Academy or the Golden Globes to validate what a good film is. Enjoy what you enjoy. That being said, I will still be yelling at my TV for every award that “Little Women” deserves but doesn’t win.