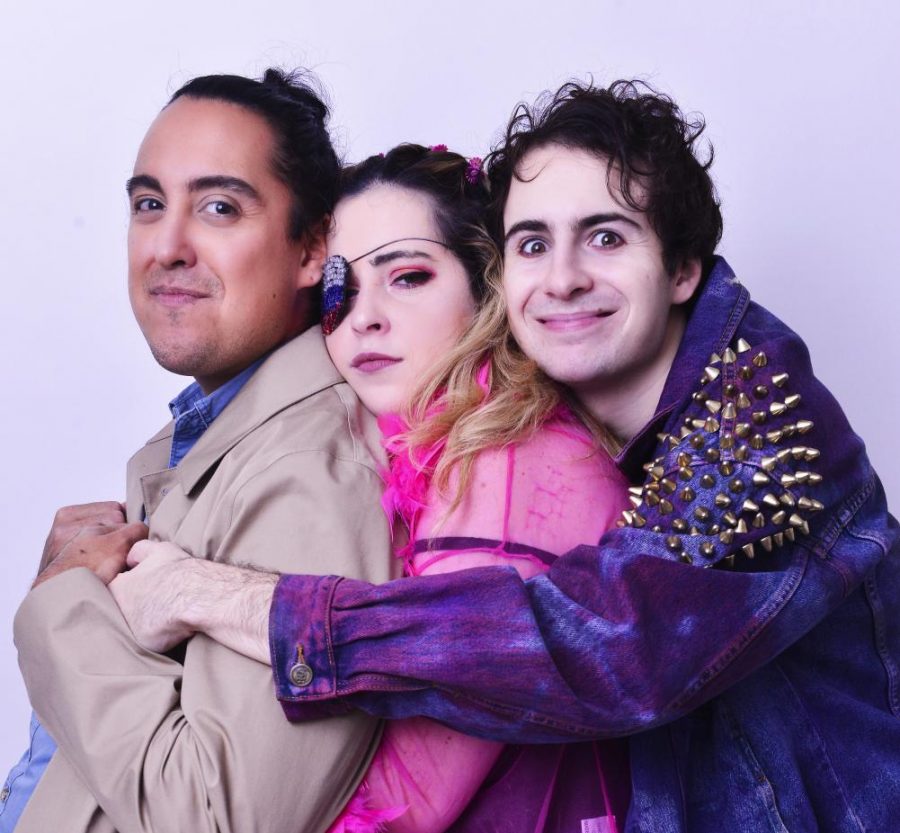 Initially a solo show created for Lazarus’ class, the story of Natasha grew into what would become “A Sip With Vodka” throughout the past year.

“There will be a moment when you are asked to let loose,” says Natasha, the lead character of “A Sip With Vodka” (“ASWV”). “You. Are. Ready.” Perhaps the production team thought something similar last weekend as they unleashed the new comedy show, in all its campy, quirky, Russian-American glory, upon the digital world.

On Jan. 18, “ASWV’s” pilot episode debuted at an intimate premiere party at The Artist Co-op, ahead of its public YouTube launch on Jan. 20. The approximately 70 guests laughed and chatted over pierogis, cupcakes and, of course, some sips of vodka, keeping with the show’s Eastern European influence.

“ASWV” follows Natasha, a Russian woman, as she moves to America with dreams of becoming a real housewife. The concept is the marriage of diverse influences in the life of Sarah Rachel Lazarus, Fordham College at Lincoln Center (FCLC) ’19. She herself is the great-granddaughter of Russian immigrants, and her grandmother often told her stories of the country. Lazarus, the creator, producer, co-writer and star of “ASWV,” began developing Natasha’s character as an amateur video project in high school.

“I am Russian housewife and I am going to meet Andy Cohen,” she said in a Russian accent, reenacting the video. She jokingly called Natasha her “other personality,” inspired not only by her heritage, but also her lifelong fascination with reality TV.

“It’s trash in a fabulous way, which I love. Anna Nicole Smith was my life,” Lazarus recalled. “It’s such an interesting form of entertainment, reality TV, because it’s not real, but it’s an interpretation in a different world. I don’t know how to describe it. But I’ve always loved the housewives.”

Fordham Theatre’s Flying Solo class gave Lazarus the first opportunity to seriously develop her housewife persona — for her final class project, she wrote and performed a solo show as Natasha. Then she got the idea to build it up into a comedy series that would eventually become “ASWV” last spring, and she had to find a team.

It Takes a (Russian) Village

FCLC students and recent alumni comprised a majority of the production team and much of the cast. They each cited different, but overall positive, reasons for joining the project. Co-writer Shannon Constantine, FCLC ’19, was intrigued by the originality of the concept. Director David Kahawaii IV, FCLC ’18, was looking to foray into film directing, as he had only directed stage shows through Fordham Theatre until “ASWV” came along.

For some, like composer Billy Recce, FCLC ’19, the reason was as simple as, “Sarah Lazarus is my roommate. She just assumed I would do it, and I did it.” And some, like Kiera Prinz, FCLC ’20, spontaneously came onto the show only days in advance.

Prinz plays Sue Ann, one of the real American housewives featured in a daydream that propels Natasha across the ocean. She was impressed by the amount of detail Lazarus and her team gave even to the one scene in which her character appeared.

“We had different things in our martini glasses to match the color of our outfits,” Prinz said. “I had a silver outfit; I had sugar on the rim. Thorgy had a blue outfit, and she had a blueberry.”

Yes, “Drag Race” devotees, season eight and All-Star season three contestant Thorgy Thor also appears as a housewife. In fact, aside from Prinz, all the housewives are New York-based drag queens. Paige Turner and Phi Phi O’Hara are among the other   cameos.

The queens were Kahawaii’s idea, but it was Lazarus who brought them on. “Instagram has been a huge tool for me with everything I’ve managed to do,” she said. “You’d be surprised how many celebrities’ contact info are on Instagram.”

A World of Challenges

Getting “ASWV” off the ground didn’t end with booking a few celebrity guests. It meant that Lazarus had to learn to become a businesswoman in addition to being an actor, and pitch the show to sponsors. She got a few, but the team faced the ongoing challenge of creating a high-quality product with limited finances.

“When you work under a small budget, it takes a lot of creativity and a lot of endurance because not everything is just available to you, and you have to solve a $1,000 problem with $3,” he said. He gave as an example the common area in his Bushwick apartment building, which they transformed into settings ranging from an American living room to a Russian shtetl.

When the two-month filming process ended, the job of putting it all together fell to video editor Ryan Shearin, FCLC ’21. He said the editing process took between 70 and 80 hours, but like Lazarus and the rest of the team, Shearin’s pride from seeing the finished product was undeniable.

The party guests’ laughter was steady throughout the entire screening as the actors poured out line after effortlessly funny line. The 22-minute episode was stuffed with subtle wit, poking fun at urban culture while simultaneously reveling in it. “We’re headed to Mykonos tomorrow to manage a benefit for struggling Lindsay Lohans” is the kind of line that strikes a perfect balance between off-kilter satire and something you actually might hear on a reality TV episode. Those unfamiliar with reality TV but at least familiar with New York might appreciate the verisimilitude of “Would you mind giving my SoundCloud a shoutout? I write songs about my cat and how we’re all going to die.”

This particular style of humor resonated with the production team, too. “Often as young artists, especially in theater, we’re not really often given the opportunity to be funny,” Shearin said. “And I think it’s really nice, especially in a time like this, to just embrace laugh-out-loud, full-bodied, campy humor. I think we don’t have enough of that, and when we do have it, it’s often heavy-handed. And I think this show really brings in the big jokes, the broad jokes, with an emotional core of a story of belonging.”

Not only did Natasha and company receive many laughs in their journey through the strange maze that is New York, but they also received as many tender sighs in response to some truly heartfelt moments. Her proclamation that “if you can make it here, you are okay” is a simple but uplifting line, met with thunderous applause as it becomes clear that Natasha’s quest to become a real housewife runs deeper than what its reality-TV influences might suggest. It’s about finding a family and a home.

It seems that this spirit of belonging and of building a family from friends isn’t all that unlike the dynamic among the “ASWV” team itself. Their work on “ASWV” is over for now, as Lazarus wants to find an outside company to produce the show, and move it to a network or streaming platform besides YouTube, before they make more episodes.

“Saying, ‘Oh, your life will be changed by watching this,’ it’s ridiculous,” Lazarus said. “It’s a funny thing to watch and lighthearted, and I think we need that right now.”

Or, as Natasha similarly put it: “There’s enough crazy s— going on in this world. We might as well just dance.”