Understanding What Pre-Law Means at Fordham 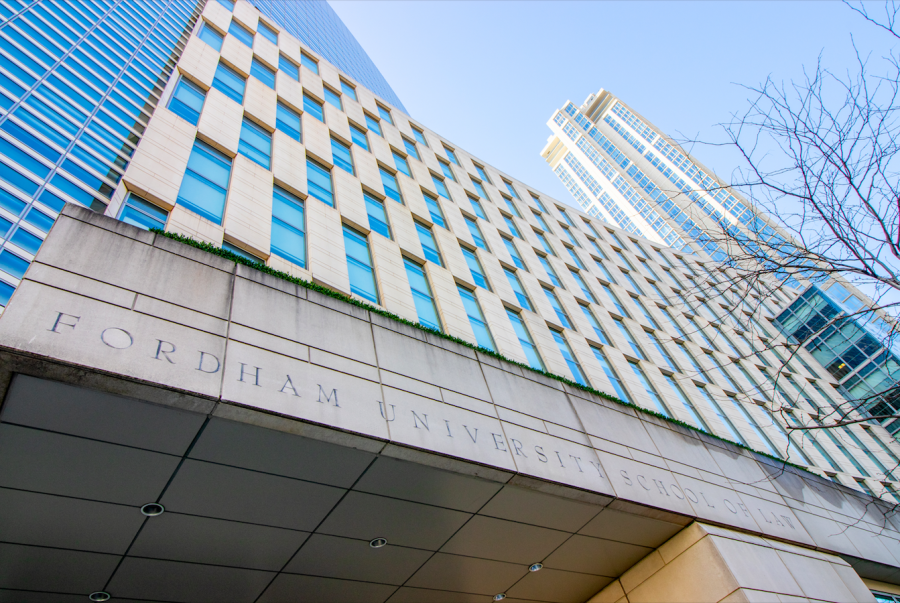 The Fordham pre-law program guides students on the complex and intimidating path towards law school.

Fordham Law School is a significant part of the Fordham community — the freshmen even share a building with it. Pursuing law school after college may be a daunting feat, but at Fordham, there is a program that helps ease the transition.

Pre-law is not a major or even a minor — instead, it is formatted as a track or advising program. Students considering a future in law school can declare that they are on the pre-law track at any time before their junior year. This declaration would allow them to have one-on-one extensive advising with Fordham faculty, specifically Hillary Mantis, Esq., assistant dean for pre-law advising at Fordham College at Rose Hill (FCRH) and Fordham College at Lincoln Center (FCLC); and Dennis Cappello, Esq., pre-law adviser at Gabelli School of Business.

Since pre-law is not a major, it gives students the freedom to study whatever they gravitate toward. Hillary Mantis said that “there are no pre-law prerequisites. Law schools welcome all majors.” In her 15 years as a pre-law adviser she has seen prospective law students in majors ranging from political science to philosophy. She has also advised students majoring in dance in the Ailey/Fordham BFA Program.

However, if you would like to incorporate learning about law into your studies as an undergraduate, there is an abundance of classes offered at both FCLC and FCRH. There are courses on constitutional law and criminal law offered through the political science department. Mantis also teaches a pre-law symposium class at FCRH that is open to students at FCLC, which familiarizes students with careers in the law through guest speakers in the profession. Additionally, there is a Pre-Law Institute at Fordham Law School that occurs during the summer for three credits.

Steven Thomas, FCLC ’20 and president of the Pre-Law Society at FCLC, just finished the law school application process. “It’s never too early to start thinking about law school,” he said. Thomas is a political science major and took courses in constitutional law, studying a lot of policy. “I feel like in that regard, my political science classes helped me in terms of making me more aware of international and domestic issues,” he said.

Thomas said that law schools focus on GPA and LSAT scores, but freshmen and sophomores shouldn’t start worrying just yet.

According to Mantis, freshman year is a time to get involved with pre-law clubs, such as the Pre-Law Society or the Mock Trial Team, meet people with similar interests and adjust to college life. Additionally, she recommends signing up for the app Handshake to be aware of internships and career fairs.

Sophomore year is the time for all students to declare a major — any major that piques their interest. Additionally, for students who are confident in their pursuit of law school, Fordham offers a 3-3 Accelerated Program. This program allows students to apply for the opportunity to complete both their undergraduate and law degrees in six years, instead of the traditional seven.

The spring of junior year is when most students begin taking the LSAT exam. Mantis suggests that students who are studying abroad remember to carve out a timeline for studying for the LSAT.

Senior year is finally the time to apply to law school. Mantis stresses the importance of applying to law school early, as they do have rolling admission. While the deadline may be in February or later in the year, it is ideal for students to have submitted their applications around Thanksgiving.

This format is a streamlined timeline for students looking to go directly into law school from an undergraduate education; however, it is not the most popular timeline. Mantis said, “Up to two thirds to three quarters of all applicants now take at least one year off between college and law school for them to work.”

Fordham graduates who do decide to take time between their degrees can still utilize pre-law advising as a resource at any time. Pre-law advising helps students apply to any law school they wish, however Fordham University is the top feeder school in the nation for law school.

For students still attending FCLC, the Pre-Law Society is a great resource. Thomas said students can join at any point in their academic career and, “We’re kind of there waiting in the wings for anybody who may need us.”

The club offers LSAT prep courses throughout the year with companies like Kaplan and Princeton Review, coupon codes for the courses and study guides, and seminars on how to finance law school from AccessLex Institute, as well as organizing meetings with Mantis and Stephen Brown, assistant dean of enrollment of Fordham Law School.

This semester the Society is expanding their robust programming and launching a new mentorship program that will pair pre-law freshmen and sophomores with their upperclassmen counterparts. “It will be an opportunity to talk about general advice, courses they thought were helpful and internships. Sometimes people are nice and pass down internships they’ve had once they have graduated,” Mantis said.

There is no shortage of resources for all Fordham students who are considering the pre-law track. Simply being aware of what is available is the first step toward pursuing the future of your academic career.