A Final Ode to Finals 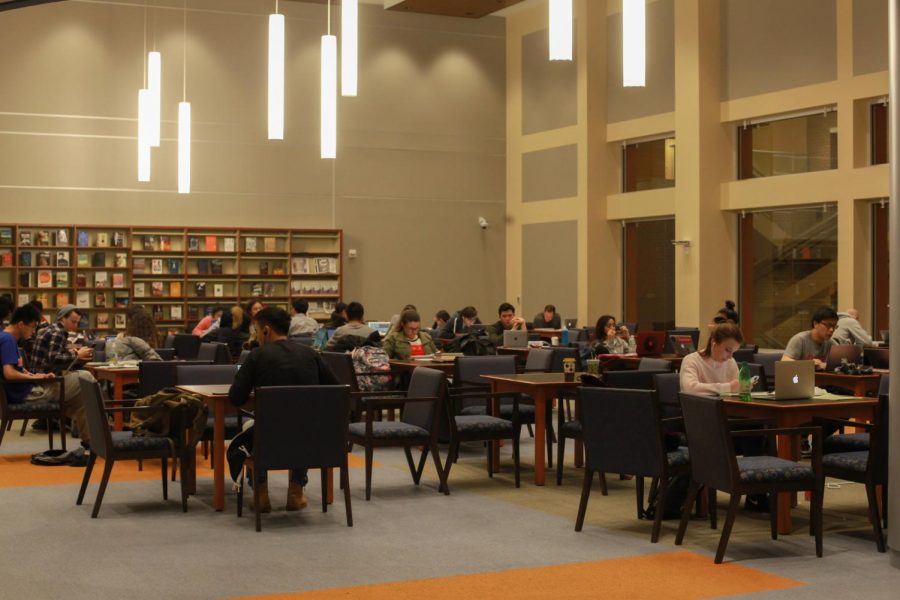 It wouldn't be finals season without Quinn Library being full of students getting some last minute studying in.

Old friend, we have met again. Finals season has arrived in my life like a hurricane and just as quickly swept away. Where there once was a crowded library, students screaming on the plaza and last-minute studying, only silence and the posting of final grades remain.

Dorm rooms have been left a mess, scattered with clothing and scribbled Post-it notes. Within, they housed students who were going through Quizlet like it was their job. The dishes were piled up high in the sink and the smell of desperation permeates the air. The light that trickled into the room would illuminate a student, still in their pajamas at 4 in the afternoon, trying to memorize the entire history of the United States for their exam in an hour.

Venturing into the library during finals week was no better. One look into Quinn shows that every possible surface is occupied by someone, laptop out and notes at the ready. The library buzzed with energy, chaotic in nature and anxious in feel. The sight was enough to prompt one to turn around and head back to their dorm, intention to print while studying be damned. No piece of paper is worth waiting in a line that looks as if it sucks the soul out of you in the process.

Walking into the testing room is like hearing a death toll clanging overhead. You may hope that your latent telepathy skill comes in, or you may plead with the professor to cancel the test, but it is no use. The cursed blue books are handed out as pencils are held shakily at the ready. The test begins — a race against the clock.

But when all test questions have been answered, the booklets closed and the pencils mercifully put away, all that remains is the sweet, sweet silence. Striding out of the room — even if you might have just failed — is followed by passing Quinn without desperately poking your head in to see if there’s any study space. Papers strewn on desks can be put away, beds can be made, dishes can be washed. A suitcase emerges as clothes are neatly packed away and a backpack is filled with toiletries instead of homework.

The suitcase is rolled out of the apartment, and with the final click of the door behind you, you are free — mercifully, totally — from finals season. You walk into the car waiting outside, ready to go home.

And that’s when it hits you: this will all be repeated come May.