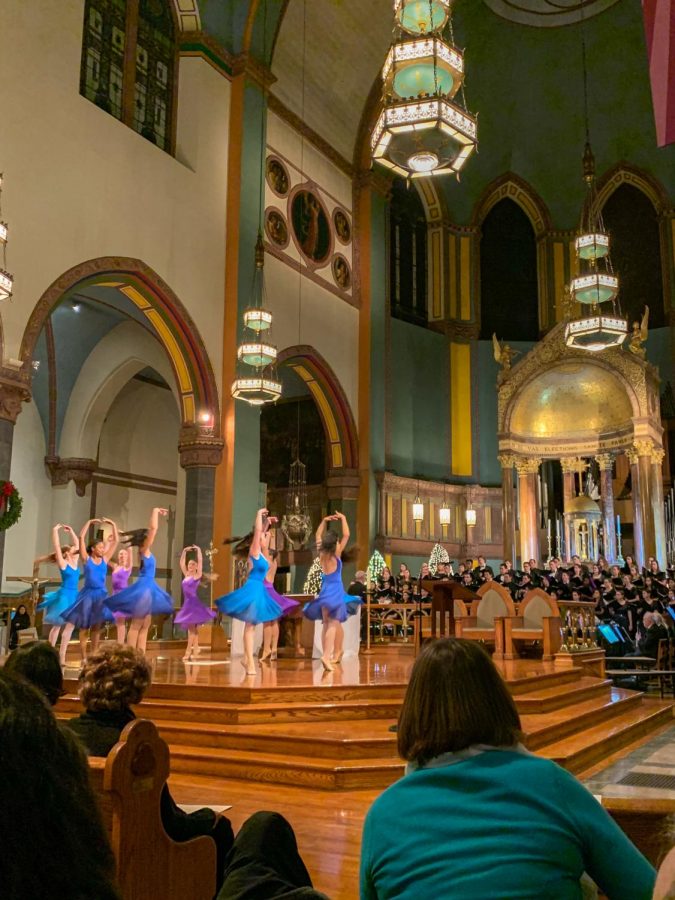 On Dec. 7, hundreds sat in hushed silence at the darkened Church of St. Paul the Apostle, waiting for the Fordham University Women’s Choir to emerge from the side of the church with candles in their hands. Standing behind the altar on high steps, they sang an entrance hymn in Latin, and the Fordham University Choir, placed in the back of the church, responded with “I Wonder As I Wander.” The audience was invited to join in on “Once in Royal David’s City” while the University Choir processed to the front of the church.

Ailey/Fordham B.F.A. dance majors floated onto the altar to “Ding Dong Merrily on High,” showcasing their talents in dance through a choreographed sequence to the songs. These nine dancers were chosen out of a group of volunteers, and they only had five rehearsals at Ailey to learn five dances. Lauren-Frances Wood, Fordham College at Lincoln Center (FCLC) ’21, said that “to dance with a live choir and orchestra was incredible,” and that she “felt energized from their beauty and talent.”

Louis Norred, Fordham College at Rose Hill ’21 and a bass in the University Choir, agreed that singing with the dancers was an experience like no other concert. Norred said that Choir Director Robert Minotti “always talks about how you have to sing over the dancers,” because they are the focal point, and the choir can’t see the audience over them.

Every few songs, a student came up to read a passage from the Bible, most of which told the Christmas story from the Gospels. These quotations reflected the subjects of the songs sung before and after them — “Shepherd’s Pipe Carol” was sung directly after Julianne Holmquist, FCLC ’21, read from the beginning of the book of Luke, in which angels appeared to the shepherds in the fields.

During some well-known carols such as “God Rest You Merry, Gentlemen” and “O Come, All Ye Faithful,” Minotti conducted the audience as well as the students in the choir.

Norred said that Minotti is a good director but a harsh critic. “Even when a song goes really, really well, the best you’re going to get from Rob Minotti is, ‘OK, that’ll be fine. That’ll be fine for Sunday,’” Norred said. Nevertheless, the choirs wowed the audience with their singing.

The choirs ended the concert after a reading from the Rev. Joseph M. McShane, S.J., university president, with Handel’s “Hallelujah” from “Messiah,” a majestic and powerful chorus recognizable to many. Minotti said that when the choir began these concerts years ago, the choir outnumbered the people in the audience, and when they sang “Hallelujah” in such a grand church, the audience “didn’t know what to do” because the song is meant to fill the space. Without the people there to absorb the sound, it echoed around them — this concert did not have that problem, with the 2,000-person church filled to the brim.

Norred mentioned that the Lessons and Carols concert is “amazingly well-attended,” while at “all the other choir concerts, there’s, like, two people.”

If you’ve been at Fordham for previous Christmas seasons, you’ve probably heard about this event, as the Ailey dance majors are a significant proportion of the Lincoln Center campus, and many choir members hail from Lincoln Center. The dancers are known for performing in such events as the Radio City Christmas Spectacular, and alumni have performed in the Met Opera and in musicals. The University Choir has toured internationally, and its sound reflects that experience.

Many Ailey events have an admission fee, but this one is free each year. The university choirs often sing at Rose Hill, but they and the dancers both have upcoming events near Lincoln Center. The Ailey/Fordham benefit concert is on March 7, 2020, and the University Choir will perform on March 23, 2020, at Carnegie Hall. 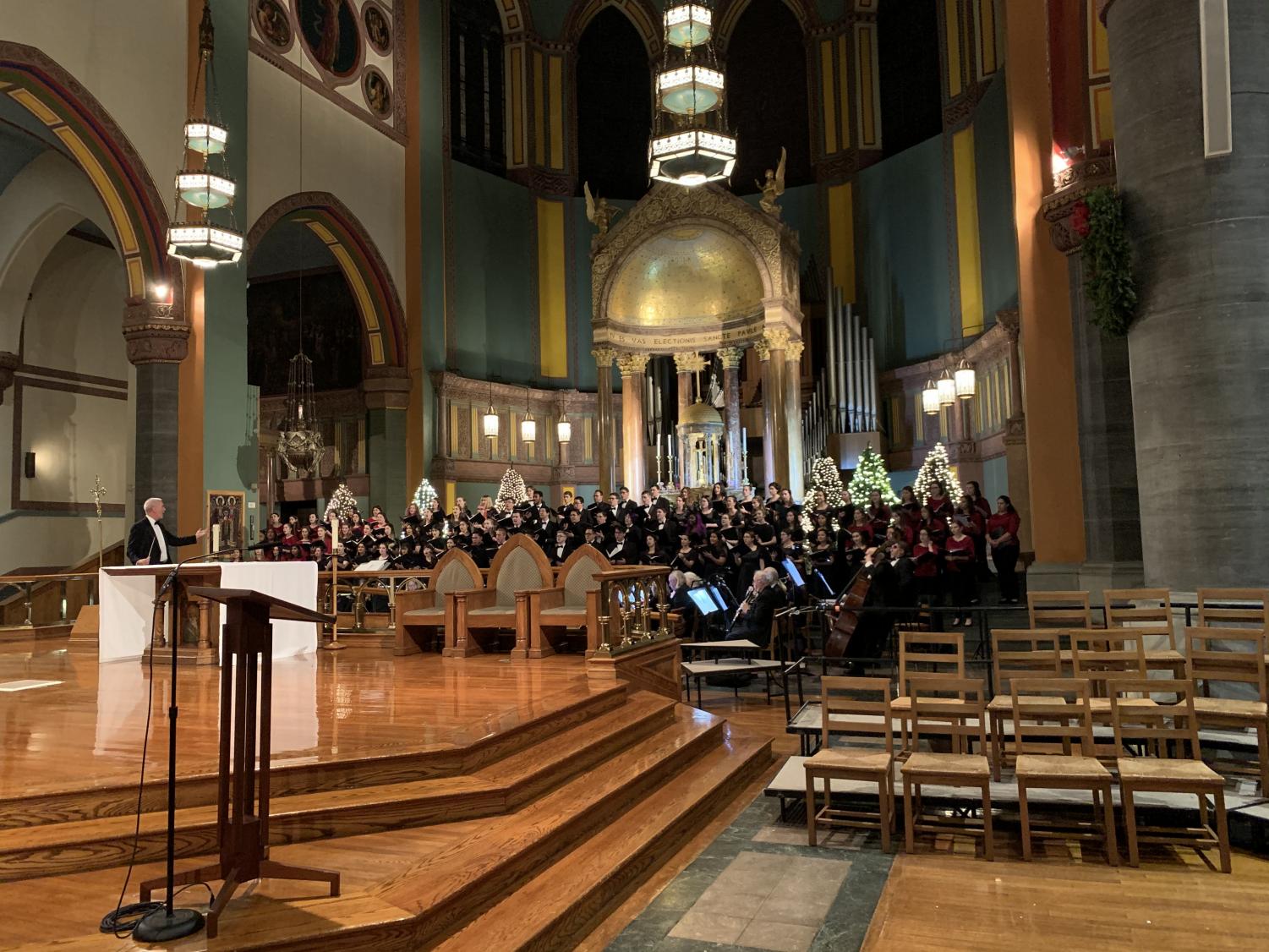