‘Behind the Magic’ Celebrates ‘Nutcracker’ Traditions 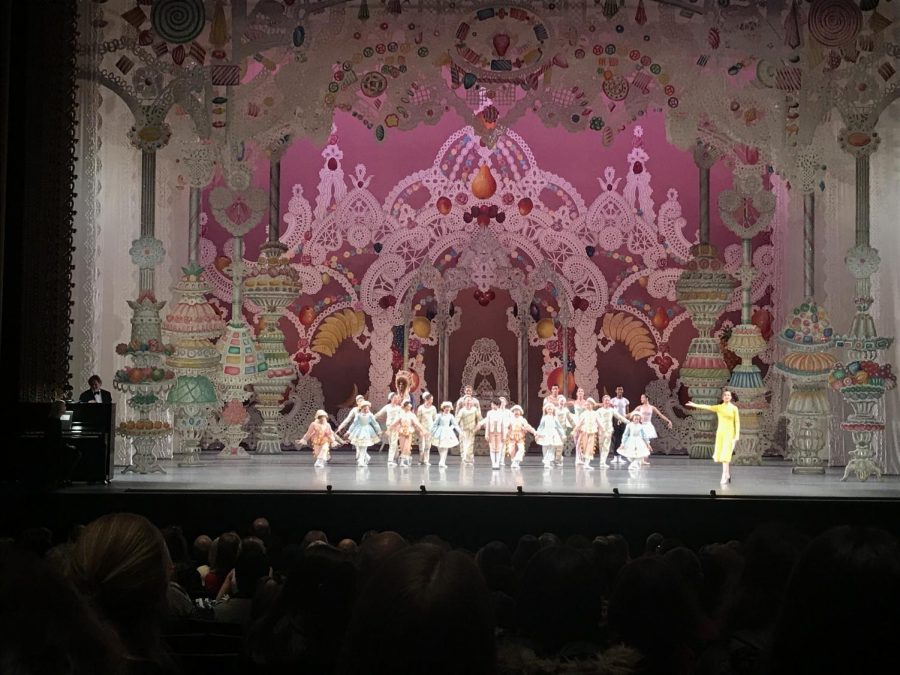 Dancers from different routines in 'The Nutcracker,' such as the Candy Cane dancers and the Sugar Plum Fairy, performed at the event.

On Dec. 9, New York City Ballet hosted its second annual “Behind the Magic” event in the David H. Koch Theater. The event was aimed at ballet aficionados and novices alike, giving audience members a quick look at how the dancers of their famous production of “The Nutcracker” pull the show off.

She began the show by inviting the Candy Cane dancers to come out and perform with a live pianist at the side of the stage as their accompanist, a stripped-down and beautiful version of the music used for rehearsals. The lead in this particular piece had to accomplish a difficult feat at the end of the dance — jumping and swinging a hula hoop over his body twice before landing — and Lovette explained how learning how to do this jump was a rite of passage for men rising in the company. Roman Mejia, the Candy Cane lead, executed the move flawlessly and was met with uproarious applause.

Lovette then invited Mother Ginger out for an interview, as well as two children who had spent a combined total of five years performing in the ballet company’s Christmas production. Mother Ginger — a role traditionally played by a man — made the adults in the crowd laugh with his witty comments back to Lovette, joking that the “men of a sturdier build” were usually chosen for the part, as well as sharing the difficulties of having to maneuver an 85-pound skirt while not stepping on any children inside.

After their performance, Lovette interviewed New York City Ballet’s Children’s Ballet Master Dena Abergel about the process of picking children for the ballet, what rehearsals are like and what pantomime looks like for children on stage. Abergel shared that the children were chosen primarily by their size, making sure that in each role not one child stood out. The children usually rehearse for their roles twice a week, but for the party scene, the children required a little more rehearsal time given the many moving parts and acting required. Abergel emphasized “how important ‘The Nutcracker’ was for the children, as it taught them skills in acting, social dancing with someone of the opposite gender and listening to music to pick up on the precise timing.”

Invited next was Artistic Director Jonathan Stafford, along with two advanced division dancers. Stafford explained, “The Sugar Plum pas de deux is used as a teaching technique for students in the school,” and how each student graduating from The School of American Ballet could perform the whole routine flawlessly if asked to do so. The couple danced along with the pianists’ music, with Stafford stopping the students every so often to give them feedback and corrections.

The principal dancers then arrived on stage and did the same pas fully through, showing the artistic change between a student and a principal dancer. The Sugar Plum Fairy danced with athleticism and grace, giving spice to the role through her precise movements. She would place her pointed toe on the ground like it was a dagger, then continue to move her upper body with the humbleness required by the role as she moved into a penche.

George Balanchine’s “The Nutcracker” can still be seen until Jan. 5. The New York City Ballet offers a “$30 for 30” discount for audience members aged 13 to 30 which can be used at the box office or by registering online. This performance is a little bit pricier for students, given it is the company’s largest performance of the year, but it is well worth the cost.