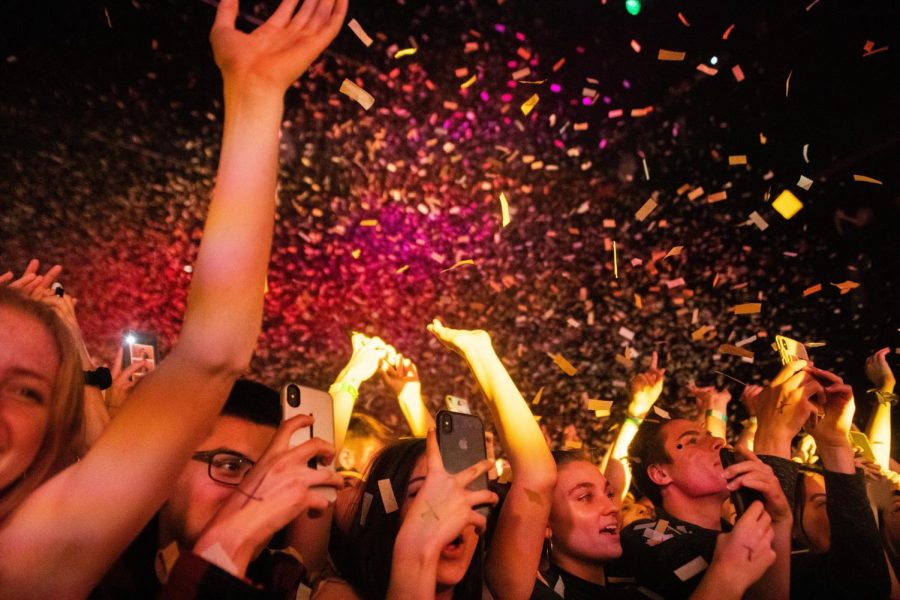 Canons go off sprinkling the front row enthusiasts in awe during "It's Strange." The rainbow-filled lighting show at Terminal 5 is a must-see for every New Yorker.

Don’t let the name mislead you – Louis the Child is actually made of two DJs and producers who met at a Madeon concert in 2013. Both from Winnetka, Illinois, the EDM duo blew up after the release of their hit single “It’s Strange,” which caught Taylor Swift’s attention and was featured on the FIFA 16 soundtrack. Starting their fame off opening for EDM acts like the Chainsmokers and Madeon, the duo headlined their first tour in 2017. On November 21st, the group headlined Terminal 5, following up with two more consecutive shows the two nights after as part of the “Here for Now” tour, playing music from their EP “Kids at Play” and promoting their latest single, “Free.” The two are in the midst of their musical career and will sure have more amazing shows to come.