Drunk Food Is NYC’s Best Food, Even Without Drinking 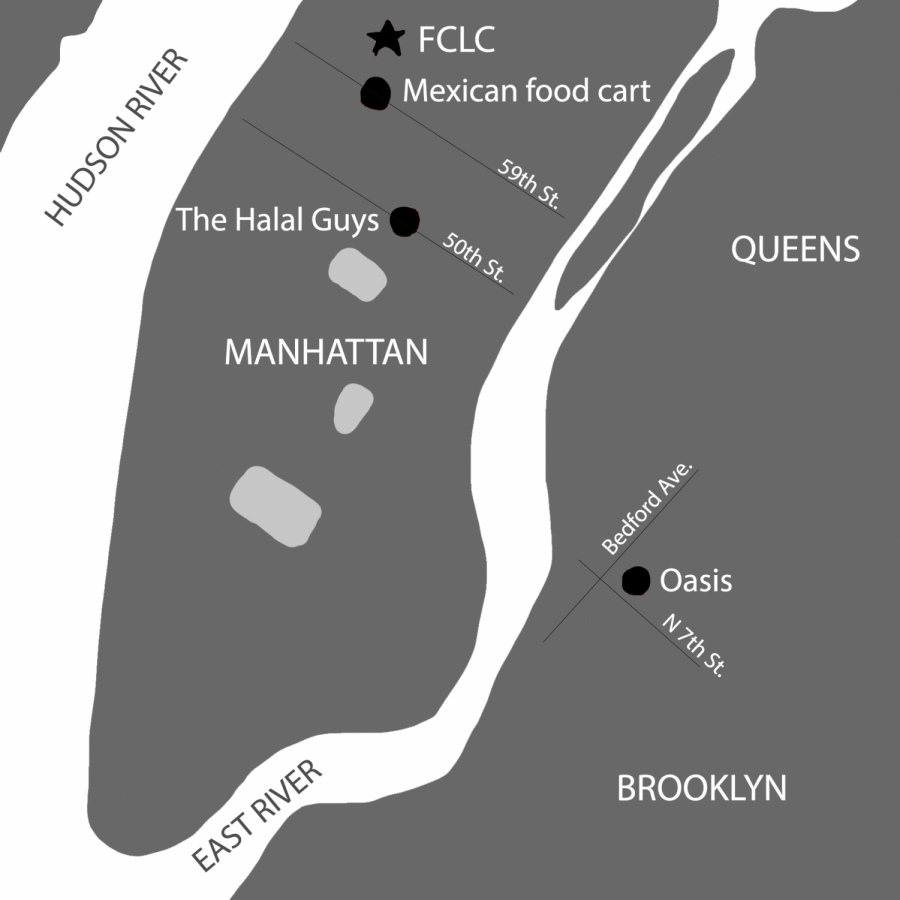 To some, I am a gastronomical heathen; to others, a late-night food warrior in pursuit of culinary equality. After three years of eating in the food capital of the world, as both a broke college student and as a full-time salaried employee, I am confident in my controversial cuisine of choice: NYC drunk food — the low-priced grub you get from sketchy-ish street carts or blessed 24/7 bodegas — is the best food you can eat, regardless of time or inebriation level.

By “best,” I mean the most delicious, affordable and ubiquitous food available. Wherever you find yourself in New York, there’s a sense of security and comfort in knowing a dollar pizza shop, food cart or bodega meal is just a few bucks and a short walk away.

In the era of foodies and Yelp reviews, I’ve passed up waiter service dinners at the latest Bon Appétit-approved restaurant to stand alone under the golden glow of a Brooklyn street light, eating an $8 chorizo torta from a Mexican street cart that doesn’t have a name other than “TACOS.” I’ve even braved the holiday crowds in pursuit of The Halal Guys’ white sauce I first discovered post-party. I’ve even ventured an extra 20 blocks home through Rockefeller Center at both midnight and midday to get a combo platter over rice with extra white sauce.

As a proud proponent of the late-night gourmet, I should clarify: I’ve eaten these foods stone-cold sober and stone-hot intoxicated, and each time the experience is equally magnificent. “Drunk food” is a misnomer. Inebriation is irrelevant, as is the “post-midnight” or “late-night” timestamp. The food is always delicious and affordable, two qualities that are often mutually exclusive in the ever-expensive NYC dining scene.

So why don’t we give Michelin stars to places that are most known for thriving in the late-night hours? “Because the food’s bad!” critics will chant. “It’s not fresh! It’s cheap! It’s only good when you’re drunk!”

And in response, I’ll challenge them to eat a $4 falafel sandwich at Oasis, Williamsburg’s welcomed and wondrous late-night (or lunch, dinner, or heck, even brunch!) fast Middle Eastern counter and not enjoy it. There’s the warm pita and garlicky tahini sauce covering the bright green balls of freshly fried falafel that are always hot and heavenly even at 1 a.m. And the service, like most late-night spots, is also worth commending. As the employees smile and make conversation as they prepare your order, a realization hits: Five-star service doesn’t require five-star dining.

While the food at Oasis might be “cheap,” it’s most definitely not cheap in taste, service, and quality (regardless of the hour or sober status). The same can be said about one of my other favorites: The Mexican street cart on Ninth Avenue and West 59th Street whose name is unknown but whose deliciousness is rightly ubiquitous. Any Fordham Lincoln Center student in search of a glorious taco or, my personal favorite, a chorizo torta, will find a friendly face in this truck at both lunch and late-night hours.

This isn’t to say I exclusively eat at street carts and bodegas. I most definitely cook at home and I do believe a healthy diet is all about balance. But I will never disqualify the places that are deemed mere late-night spots from competing as New York’s finest. With just a couple of dollars and an open mind (and stomach), “drunk food” will be the best damn thing you eat all day. Tequila shots optional.