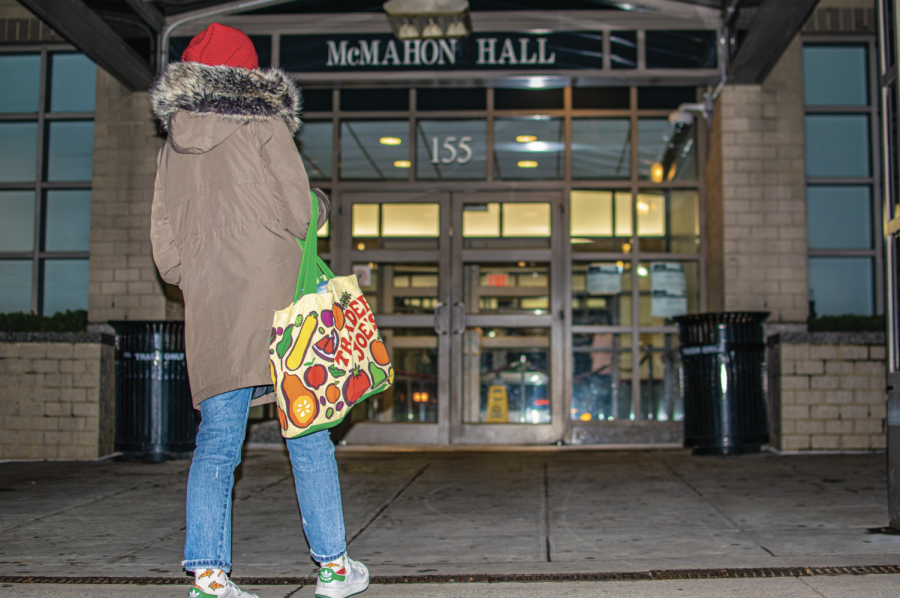 After petitioning for larger meal checks, McMahon student staff no longer have to worry about finding affordable food.

Although it is not stated explicitly in their contracts, residential student staff is discouraged from talking to press, given the expectation to represent the Office of Residential Life. The contract specifies that violations will result in immediate termination of student staff. Consequently, interviews with McMahon RAs and RFMs were anonymous.

When one RFM transferred from Lincoln Center to Rose Hill and became an RA, they noticed a major difference in meal compensation.

The RA was placed in an upperclassmen residence hall at Rose Hill, receiving a meal check rather than the meal plan. “I found out my check was over $3,000 per semester. I knew that the residential student staff at Lincoln Center was not getting nearly that much, so I told my friends at Lincoln Center about it,” the RA said.

A Lincoln Center RA said that the information spread quickly among the McMahon RA staff. The McMahon RAs and RFMs have the choice between a meal plan or a compensation check, unlike McKeon student staff, who are automatically registered for a meal plan.

According to Dean Keith Eldredge, the meal compensation amount has not been adjusted since he and Director of Residential Life Jenifer Campbell began working at Fordham — most likely 12 years ago. Campbell said that the compensation plans will now be reviewed annually.

Multiple members of the RA staff collaboratively worked on a petition, which opened by stating: “This meal check does not cover the cost of food in New York City. If you were to average how much spending power a $900 meal check has, it would be about $8 per day. In New York, this is insufficient to buy fresh and healthy groceries for three meals a day.”

RAs also claimed that the insufficient meal checks forced multiple student staff members to seek additional employment in order to “make ends meet.” They claim that the financial burden of buying food makes it difficult for them to prioritize school work and hall duties.

Eldredge said that on the Rose Hill campus, RAs without a mandatory meal plan have been receiving checks aligned with the meal plan rate. “This is how the discrepancy in the amount of the meal checks was brought to our attention,” Eldredge said.

According to Eldredge — prior to the opening of McKeon Hall — RAs in McMahon Hall received a meal check, but the amount was not connected to a meal plan, since it was not mandatory for any upperclass students.

“When McKeon Hall opened, we never adjusted the amount of the meal check for McMahon RAs to be aligned with the meal plan cost,” Eldredge said.

According to Rose Hill student staff, meal compensation increases each year to match the cost of meal plans and the increased cost of living in the neighborhood.

“A lot of policies can’t be changed because it has to be the same as Rose Hill, so why is our compensation not the same?” one RA asked.

In their petition, the McMahon staff members requested meal checks equivalent to what other student staff are compensated for, at $3,500 per semester.

“The first time we heard it was going to be approved was from other students,” one RA said. The McMahon student staff received an additional check for $1,880, totaling the semester compensation to $2,780. “We were very surprised; we were not expecting a lot.”

“Staff was respectful in presenting their concerns relative to the difference in compensation,” said Campbell.

According to Eldredge, the checks are likely never going to be identical between the two campuses, as the meal plan costs are different.

“We approached it realistically,” one RA said. “We knew we were not going to get the same amount, so we were satisfied.”