Fordham Alum to Play the King of Pop in New Musical 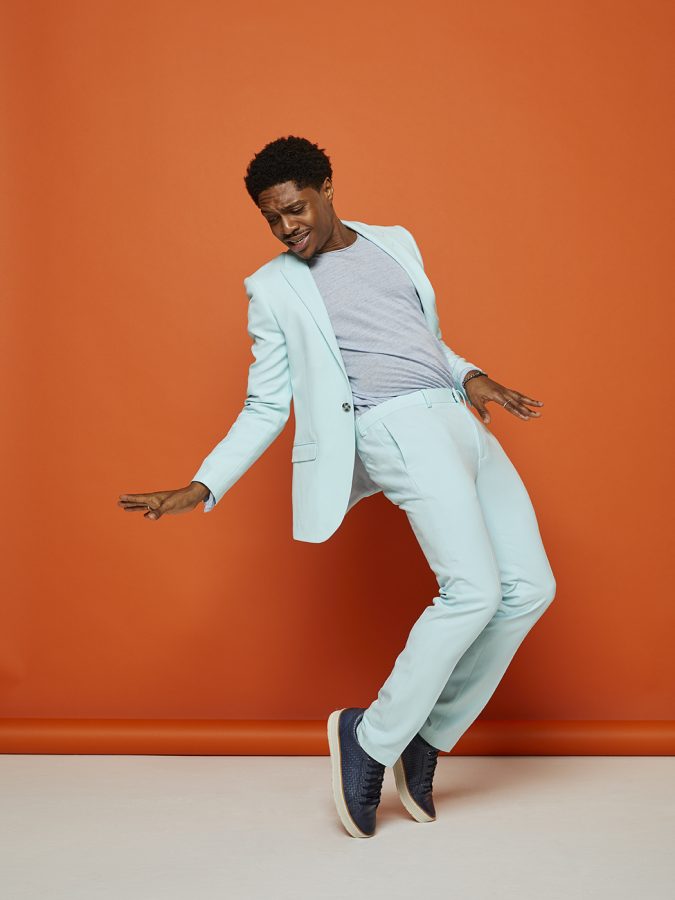 Since graduating from the Fordham/Ailey program, Sykes has appeared in musicals including "Newsies," "Hamilton" and "Ain't Too Proud."

What a “Thriller” yesterday must have been for one Fordham/Ailey alum — the “Man in the Mirror” has just become a Broadway star.

Ephraim Sykes, Fordham College at Lincoln Center ’10, has been cast as Michael Jackson in “MJ,” a bio-musical about the King of Pop’s life and career. The show is set to begin previews on July 6, 2020, and officially open on Aug. 13 at the Neil Simon Theatre.

“My ACTUAL wildest dream is coming true,” Sykes wrote in a post on his personal Instagram page. “I’ll do my best to honor the man who made me wanna sing and dance in the first place. Love you MJ, love y’all!”

The announcement was first made on Nov. 21 on the official “MJ” Instagram page and news outlets including Playbill and Essence. It came a day after “Ain’t Too Proud: The Life and Times of the Temptations,” the musical in which he currently portrays David Ruffin, was nominated for a Grammy for Best Musical Theater Album.

His other Broadway credits over the last decade include roles as George Eacker in “Hamilton,” Mush in “Newsies” and, aptly, a Temptation in the ensemble of “Motown: The Musical.” Michael Jackson will be Sykes’ first starring role on Broadway.