The Anatomy of Corporate Appeasement to China 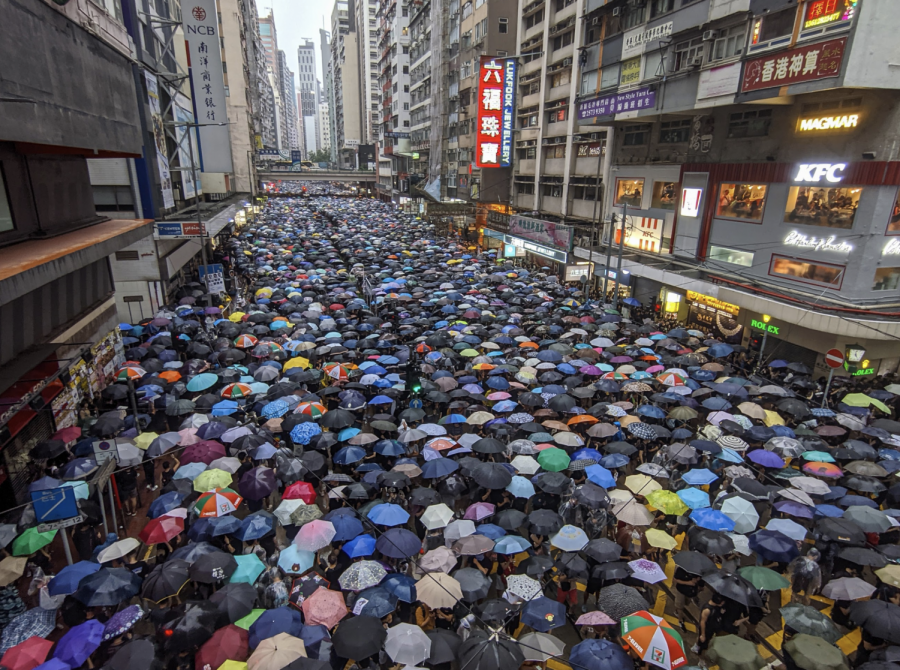 During the recent Hong Kong protests, the NBA had to choose between free speech and profit from Chinese contracts. Can you guess what they chose?

As China continues its staggeringly high rate of economic growth, it is now beginning to influence the Western world in previously unthinkable ways. Such influences now extend to the ways that American corporations do business in China.

As the country has become more “Westernized,” it has proven a remarkably appealing nation for American companies to invest in. Many popular American chains such as KFC have opened branches in China and are often wildly popular in the country.

American entertainment is also an astonishingly hot commodity in China today due to the unprecedented expansion in the country of “Western” commodities like movie theaters and streaming — if it can pass the country’s stringent censor board. For example, “Avengers: Endgame” made over 4.2 billion yuan ($614.3 million) in China this year, which would have been unthinkable even a decade ago.

Corporate America’s fascination with China has also recently extended to professional sports, as the NBA is now housing occasional games in China to try to expand the its fan base on an international level.

However, attempts at “Westernizing” China can lead to severe backlash. The NBA wants to reach a larger audience in China due to the popularity of basketball in the country, but as a result, the league has been recently criticized for allegedly caving to China’s anti-democratic tendencies.

The controversy started when the general manager of the Houston Rockets, Daryl Morey, tweeted in solidarity for the protesters in Hong Kong, who are putting their lives on the line to peacefully protest in support of democracy and against China’s creeping authoritarianism on the island.

The Hong Kong protests erupted after a bill was proposed in China that would allow China to extradite accused criminals to the mainland. While the bill has now been withdrawn, protests continue as Chinese police have become increasingly brutal against the demonstrations, including the use of live ammunition against protesters.

Morey’s tweet had considerable consequences, as China refused to broadcast two preseason games and sponsorships for the Rockets were removed. The tweet has since been deleted, and it appears that many in the NBA are trying to engage in damage control right now as a means of appeasing China. Such controversy and appeasement reached a fever pitch when an NBA player implicitly called Morey’s tweet “misinformed” and “not educated.”

That player was the legendary LeBron James, widely regarded as one of the best professional basketball players of all time. Because James has such a large following around the world, his comments were amplified. He was swiftly accused by critics of seeming to appease China. Unfortunately, these critics are correct not only about James, but the league as a whole.

It is not too demanding to expect that a seemingly socially responsible American corporation with great worldwide influence should be supportive of democracy around the world. This expectation transcends all ideological and partisan lines. The NBA’s censorship of a general manager’s tweet showing solidarity for Hong Kong is a tragedy, and it shows the lengths that American businesses may now go to in order to appease China.

If China is willing to try to censor anyone that criticizes them as their overreach of Hong Kong becomes more brutal, why should American companies feel that they must play such a game with them? While China has many basketball fans that would probably love the ability to see periodic NBA games in their country, the relationship between the NBA and China now is nothing short of parasitic given the country’s increasingly authoritarian behavior.

Although the United States and China must salvage economic relations with each other to some extent to have strong economies, companies who do not find investment in China to be economically necessary should think twice before appeasing the Middle Kingdom. After all, this is a country that engages in unprecedented, high-tech mass surveillance against its own people, complete with facial recognition technology that makes George Orwell’s “1984” look like child’s play. China also may be forcibly detaining at least a million Uyghur Muslims in the Xinjiang province in northwest China.

While modern China has never been a beacon for any sort of human rights or democratic institutions, the country is only getting more brutally authoritarian under the leadership of now-President-for-life Xi Jinping. Sadly, it may be seen as more socially unacceptable to criticize China in the near future if American corporations become increasingly dependent on the world’s largest nation as a source of revenue, and it will take far more than corporate responsibility toward China, if such a thing even exists, to urge Beijing to chart a far different path.