You Got Your College Relationship Wrong 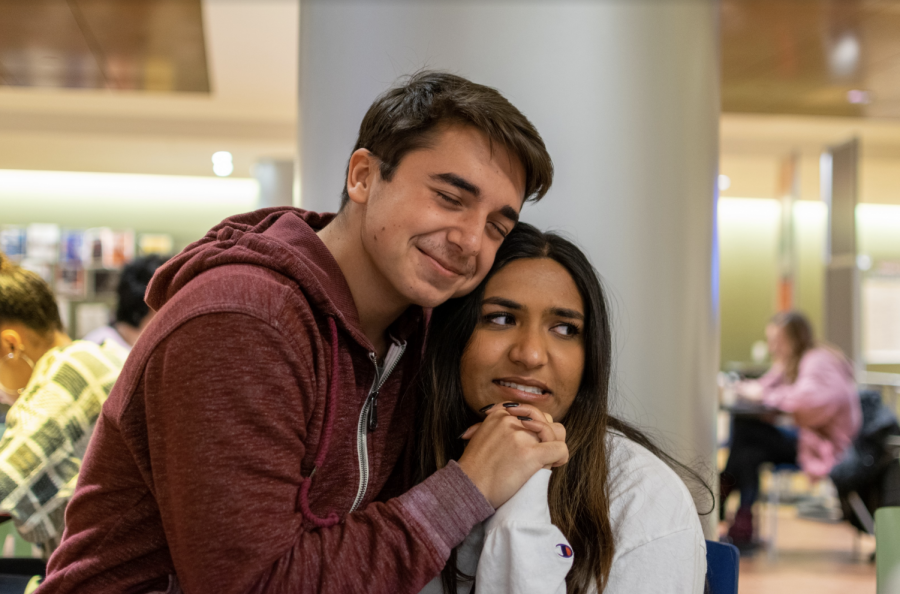 It's wisely said that only fools rush in, and a hastily formed college relationship can leave a bad taste in your mouth.

One day you wake up, and you can’t remember whose idea it was to start dating.

Your friends’? Your roommate’s? Your grandma’s? Your dog’s? If it was not yours, then congratulations, you have been peer pressured into a relationship.

Relationships are great, but they’re only great when you actually want them. Unfortunately, the collective college mind seems to only remember the first half of that sentence. The more you have, and the sooner you have them, the better, right?

Wrong. If you’re wondering why your new college relationship doesn’t seem to be working out, thinking that you’re about to get into a relationship that seems unnatural for you or just want advice for the future, then welcome to my TED Talk.

The general question you should always ask yourself is: Why am I doing this? If it’s because you genuinely click with the person, then good for you, stranger. But do you really? Maybe you’re just fooling yourself, and there was a different reason for your relationship, one that is going to come back to bite you and leave you confused for weeks.

Did that just make you paranoid? If it did, I have bad news for you. Humans in general have pretty good instincts, so trust yours when they’re telling you something’s wrong.

So, why are you in a relationship? No sappy business.

Is it because you wanted a fresh start, and thought that it required a fresh partner? Are you doing it to spite your previous romantic involvements? Are you from California and need a cuddle buddy to survive the harsh New York winter? Your subconscious motivations are hard to notice, especially if you are still attracted to your current fling (I hope).

But think about it. Are you really attracted to a guy you share your rush-hour Ram Van trips with because of his sharp wit (or whatever you’re into)? The fact that he’s the total opposite of your environmentally-conscious ex, who would rather bike to the Bronx than set a foot in a gas-emitting vehicle, is not enough reason to dive into a relationship.

Or do, and watch yourself get hurt and disappointed. Similarly, there’s nothing inherently wrong with being attracted to someone outside of your type, as long as it’s genuine. If it’s not, and you just want to experiment for the sake of experimentation, go to a food festival instead — it won’t hurt anyone’s feelings (unless you’re a vegan stuck in a meat-cooking exhibition).

Speaking of food festivals, imagine going to one. You come in, and see a lot of stuff that attracts you. There’s sushi, salads, burgers, pasta, noodles, pizza, ice cream, a cart that deals exclusively in dishes with foie gras (gotta eat it all before the 2022 ban). Naturally, you decide to overindulge on everything. It feels good for a while, but then you get indigestion.

Overdosing on relationships is ten times worse. If you’re for some reason finding yourself flirting with seven people at the same time and proceeding to engage in later steps with four of them, maybe you should reconsider your priorities.

I’m going to sound like your mom, but keeping it complicated isn’t good for your mental health. To extend the food metaphor, think about pouring hot chocolate into your soup. Doesn’t feel too good, does it?

Here’s another question: Did you want to be in this relationship in the first place? So very often, we start out being friendly to someone, and then it develops into a mutual attraction. More often, however, one person wants to take it further, and the other doesn’t. You met this girl in your Composition II class, and you have good times together, but she always seems to be hoping for something more than just sharing a good laugh with a classmate.

You’re reluctant at first, but you’re lonely and far away from home for the first time, and she persists to a point when you start thinking that her affection is endearing and, more importantly, good for your self-esteem. You decide to give her a shot.

Bad idea. Just because there is no better option on the horizon, doesn’t mean that a better option is nonexistent. Trust Madonna when she sings: “Don’t go for second best, baby,” because in this case you’re not even going for second — you’re going for fifth, or even 11th.

The next celebrity I will quote is Marie Kondo. Does it spark joy? If it doesn’t, throw it out. Simple as that. Of course, talking to your partner is the thing you might want to do before getting rid of them once and for all (they, perhaps, deserve more respect than your five-year-old yoga pants with holes in peculiar places). But if they genuinely don’t seem to understand the problem, or don’t think there is one, then there’s really nothing you can do except call it quits. You wouldn’t want to be that one strange person on the Titanic that thought the ship was going to magically fix itself.

If it’s beyond repair, it’s time to let go.

What’s the most important lesson to be learned from this whirlwind of advice? If you’re a resident, don’t have a relationship with someone who lives on your floor. Seriously. There is a high chance that it won’t last, and then you’ll bump into them at the elevators and spend five (20 if you’re on the east side of McKeon) torturous minutes staring into blank space and pretending they don’t exist.

But even more importantly, trust yourself. If something doesn’t feel right, don’t shove it in the back of your mind. Deconstruct your relationship, turn to a friend who is into psychoanalysis, schedule a Jesuit therapy session with Fr. Vin. Do whatever you need to do to come to the realization that if it feels wrong, then it probably is.