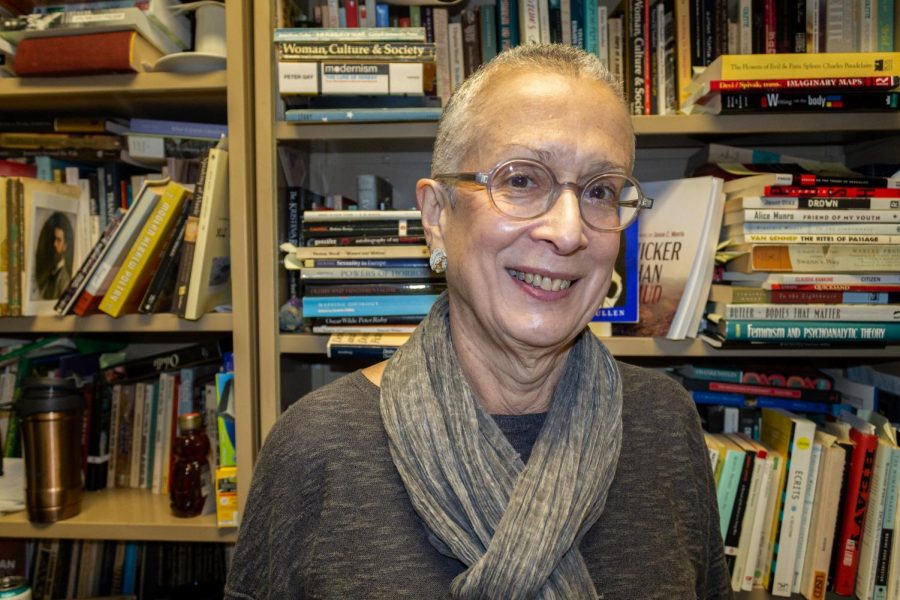 Anne Hoffman will be the first professor to teach a Fordham course at BHCP.

In spring 2020, Fordham plans to offer a class collaboration with Marymount Manhattan College (MMC) and the Bedford Hills College Program (BHCP) at the Bedford Hills Correctional Facility, a maximum security correctional facility for women in Westchester County. For the first time, Fordham students will have the opportunity to learn and take a class alongside prison inmates.

According to Professor Mark Caldwell, the course is yet to be finalized, but he is “very confident that it will go through; we just need the final approval.”

Anne Hoffman will be the first professor to teach a Fordham course at BHCP. The course, called Coming of Age in America, will be overseen by the English department and based on literature, memoirs and social science readings. Students enrolled in the class will be able to receive Fordham credit.

“Education can make a profound difference in the lives of incarcerated people; it can create new possibilities,” said Hoffman.

Hoffman’s first teaching job out of college was teaching at the Bayview Correctional Facility in Manhattan. “That was decades ago, and I will never forget it. I have always wanted to go back,” said Hoffman. “Working with Fordham undergraduates at Bedford Hills is a fabulous opportunity.”

Hoffman is planning to include Toni Morrison’s “The Bluest Eye,” Maxine Hong Kingston’s “The Woman Warrior” and Alison Bechdel’s “Fun Home” in the course. “My teaching is interdisciplinary, so it’s easy to connect social sciences to coming of age literature,” said Hoffman. “I think it will open up interesting reflection and create a community in the classroom.”

According to MMC Communications Manager Carly Schneider, the likelihood of recidivism, or when a convicted criminal commits another offense, among released BHCP graduates is virtually zero, compared to the national average of 43.9% for women.

MMC formed their relationship with Bedford Hills Correctional Facility for Women in 1997. Each semester, roughly 200 incarcerated women take MMC courses, and more than 225 have earned a degree through the program so far, according to Schneider.

“It’s safe to say with 22 years of work that we value and believe in access to education and promoting mutual dialogue,” said Schneider. “Thousands of programs like ours developed in the 1990s, but in 1994, the government stopped providing funds, shutting many of them down,” she said.

The application process for the class requires students to be approved by the New York City Department of Corrections. According to Caldwell, applicants will also have to take a tuberculosis test, have their fingerprints scanned and attend an orientation.

Peter Thomann, Fordham College at Lincoln Center (FCLC) ’20, is an applicant for the class. “This is a once in a lifetime opportunity to engage in an academic dialogue with an underrepresented community,” said Thomann. “I hope I can gain a new understanding of the problems facing those who are incarcerated.”

Thomann believes that learning at the facility and hearing first hand experiences will be much more worthwhile than studying documentaries and articles.

“My sense from reading the applicants’ statements is that they fully expect to learn from the incarcerated women as much as from classwork,” said Hoffman. “I think they’re aware of the value of diverse backgrounds in the classroom.”

Caldwell initially proposed a partnership between Fordham and BHCP after teaching Monsters and Outsiders in Literature in the spring of 2017 with MMC.

“No one ever, even once, came to class unprepared,” said Caldwell. “Everybody had read every assignment from cover to cover. The class discussions were among the best I have ever participated in.”

According to Caldwell, up to eight Fordham students will be able to take a course through BHCP at a time. The other half of the class will consist of incarcerated women ⁠— with sentences ranging from short-term to life without parole.

“If you are working side by side with an inmate, you realize there is no difference between you and them, except that they got caught,” said Caldwell. “These are people that are almost always from difficult backgrounds — including poverty, abusive families and failed education systems. They are disproportionately convicted.”

“BHCP is integral to Fordham’s Jesuit mission,” said English Department Chair, Mary Bly. “Not only do we want students to be men and women for others, but we also want them to go out of their way to make an effort.”

Fordham Lincoln Center students who are accepted into the program will have to take the Ram Van to Rose Hill and then travel an additional 40 minutes to Bedford Hills. Bly confirmed that the Center for Community Engaged Learning donated money for the Ram Vans.