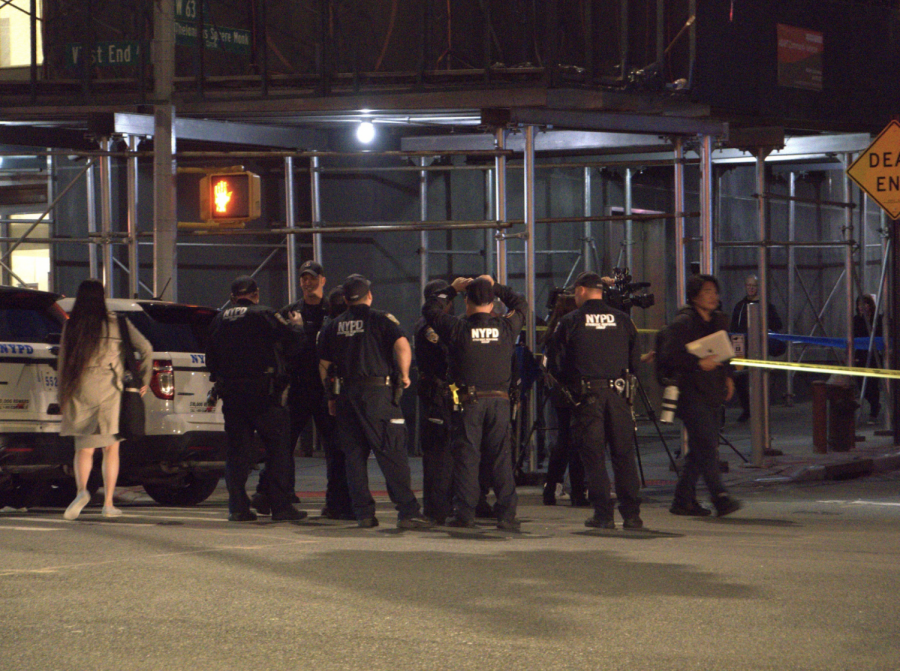 On Sept. 21, around 2 a.m., a person was shot at Amsterdam Avenue and West 63rd Street. Early that morning, students living on campus heard loud noises that they thought were gunshots. Shortly after, many received notifications about the shooting via the Citizen app, a crowdsourced public safety app used to disseminate safety alerts across major U.S. cities. However, students never received a notification from Fordham’s Department of Public Safety, even though the incident happened just a block away from campus.

The silence from Public Safety raised questions among students as to what warrants a Public Safety alert, as well as how the Lincoln Center campus is defined.

Sophia Henderson, Fordham College at Lincoln Center (FCLC) ’23, heard the noises on Sept. 21, which were later confirmed as gunshots by the NYPD. During Public Safety’s Freshman Core Programming seminar, she publicly asked why the incident was not reported.

“I asked about the alleged gunshots and he (the presenter) said that they knew about it, but because it didn’t involve any Fordham students, we didn’t need to know about it; it’s only if it has to do with Fordham students or if it’s on campus,” said Henderson.

According to Dineen, Public Safety is required to send alerts for “crimes occurring on-campus or in the geography surrounding campus that the associate vice president for Public Safety or his designee are believed to constitute a potential ongoing or continuing threat to the university community.”

“I don’t know how policy differs, but it seems Lincoln Center won’t notify outside of the campus limits, but at Rose Hill, they will notify for a subway station 15 minutes off campus,” said Jack Bellamy, FCLC ’23.

In 2018, Public Safety choose to alert students about the Time Warner Center bomb threat, even though the incident was several blocks away from campus. Dineen stated that Public Safety decided that “the seriousness and gravity of this crime constituted a potential ongoing or continuous threat to the members of our community.”

In other cases, however, students found out about on-campus crime from outside sources like The Villager, a neighborhood publication that reports on local crime. It was not until their report that students learned about the theft of $1,206 worth of textbooks from the Fordham Lincoln Center Bookstore.

“In the case of the stolen textbooks from the bookstore, there was not a requirement to send the public safety alert for this incident,” Dineen said. However, Public Safety notified the NYPD about the incident and assisted in the case.

Dineen said that “the Public Safety website reports there the daily crime logs that details every crime both on and off-campus affecting Fordham.” A record of the textbook theft was posted on this log.

The crimes reported to Public Safety highlight another common question about the department’s official jurisdiction. This year, students at Rose Hill have filed more than twice the number of reports as Lincoln Center students. However, there were many more off-campus incidents reported at Rose Hill than Lincoln Center.

“I would never think to alert Public Safety if something happened to me off-campus,” said Hannah Davies, Gabelli School of Business at Lincoln Center ’21. “My apartment is 30 minutes away, and even though there are a lot of Fordham students who live in my neighborhood, I would always call the police and not Public Safety,” Davies continued.

Dineen stated that because of the large number of Rose Hill students residing in the Belmont neighborhood in the Bronx, Public Safety issues alerts for that off-campus community. Additionally, there are several off-campus Fordham Public Safety kiosks in the area as well as a Public Safety vehicle presence.

“Similarly, if a Lincoln Center student who lived near our campus was involved in an incident that required a Public Safety alert, we certainly would not hesitate to send one to our community,” Dineen said.

This academic year, 6 out of 8 Public Safety email alerts were about the Rose Hill campus and surrounding area. One of the emails warned the entire university of a financial scam. The first Public Safety alert for Lincoln Center this year was issued on the evening of Oct. 29 and took place on a sidewalk adjacent to campus.

Even still, John Carroll, associate vice president of Public Safety, maintained that there are no disparities in the severity of crimes reported by Public Safety between the two campuses.

Given students’ impressions of limited communication and a perceived disparity in safety information between the two campuses, many Lincoln Center students have begun relying on third-party resources to get information about crimes.

“With public safety not telling us what goes on outside of the small block that our school exists on and with New York as my campus, it’s nice to be able to know what’s going on outside in the city,” said Bellamy. “It’s helpful and informative and useful to keep me safe.”

However, as a crowdsourced information database, the Citizen app is not without its pitfalls. Just past midnight on Oct. 27, hundreds of New Yorkers using the app received an alert for a “collapsed crane” on 55th Street and Amsterdam Avenue. However, no such thing had occurred.

The confusion was caused after a user uploaded a photo of a crane in the area at an angle — it took several minutes before the alert was corrected with information from a verifiable source. Officials on the ground explained that the crane was being purposefully lowered to street level, but this information was only sent out to users after a false alarm.

Keith Eldredge, dean of students at Fordham Lincoln Center, warned that access to information does not always correspond to accuracy. He explained that Public Safety is particularly thorough before sending out an alert. However, apps like Twitter or Citizen have significantly lower standards for reporting, if any at all.

In recent weeks, students have received emails from a new startup called Wildfire, an app similar to Citizen with a focus on expansion to college campuses across the United States rather than entire cities.

According to the Wildfire website, the app was created by recent graduates of the University of California, Berkeley, after one of the co-founders was nearly mugged just off-campus. He realized the need for a campus-wide communication network, so the app is expanded by requests from university students. To get Wildfire at a school, students must email the founders of the app with the school name and city.

The website mentions that anyone in a user’s Wildfire community can see what they post, stating, “We have a moderation team that works to verify content posted on Wildfire before it (is) sent out as an alert.”

As New York continues to solidify its standing as one of the safest cities in the U.S., questions still remain about both the quality and quantity of safety alerts. From concerns about the expediency and accuracy of information to the biases of crime reporting, students have no shortage of opinions on how things ought to change. How, or if, they will remains to be seen.