The Catalan Crisis Was Born in Madrid 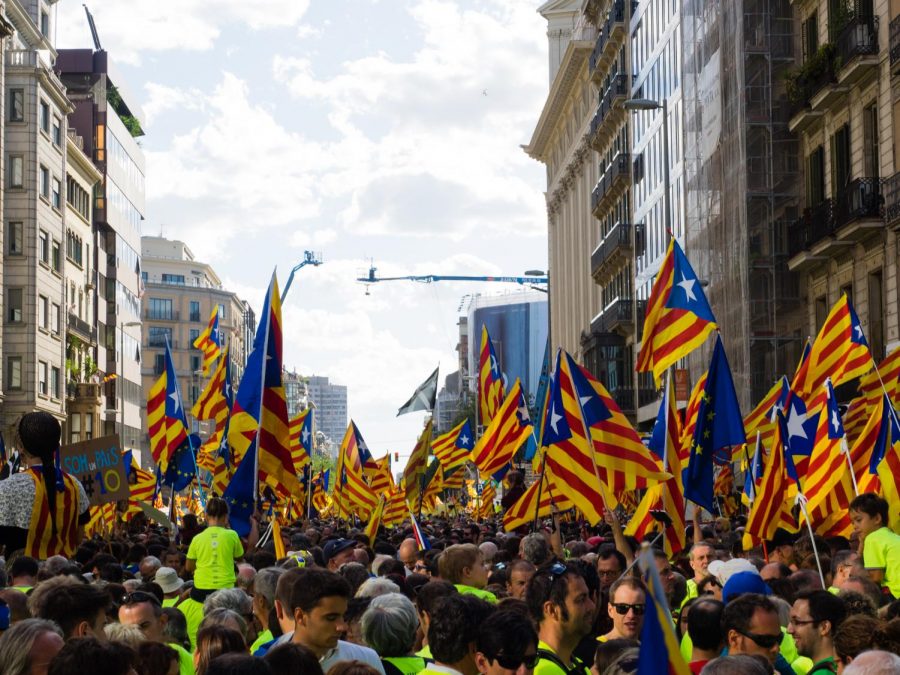 The protests and civil unrest in Spain — like the Catalan crisis that sparked them — won’t end any time soon without strong leadership.

Last April, I wrote a piece on Spain’s general elections in which I stated that the elections would produce no winners, only losers, as a result of the lack of dialogue and will to reach agreements. Unfortunately, I was right. Six months after that article was published, Spain is holding a new general election and the Catalan issue is as heated as ever.

On Oct. 14, the Spanish Supreme Court sentenced nine Catalan political and social leaders to between nine and 13 years of prison after being in pre-trial imprisonment for two years. The judges found that the referendum on Catalonia’s political status held in early October 2017, and the protests that took place prior to it, were illegal under Spanish law, and decided to convict the leaders under charges of sedition and embezzlement. The verdicts sparked massive protests in Catalonia, and thousands congregated in Barcelona’s international airport El Prat-Josep Tarradellas to show their condemnation of the sentence. The following days also saw several protests in the streets of Catalonia and a general strike on Oct. 18, followed by 525,000 demonstrators in Barcelona alone.

The ultimate root of these civil uprisings? The leadership vacuum created by the Spanish and Catalan governments, which both refuse to lead the people of Catalan away from this crisis. Catalan civil society has taken on this leadership role but is managing the situation with no clear purpose. On the other hand, as a result of the unsatisfactory and unclear response of the Spanish government, the police have been left with the responsibility of responding to the protests, often in a disproportional way, which has generated a lot of controversy.

As of mid-October, there is a tense equilibrium between the police and civil society which is often broken by violence at night. It is clear that in this situation only politicians have the power to reduce tensions through dialogue and negotiation. However, the key to understanding the political unresponsiveness in Catalonia is that Spain is holding general elections on Nov. 10, which explains the lack of accountability in the face of the Catalan crisis.

What many people seem to forget is that the Catalan crisis was born in Madrid. We are not in front of a Catalan problem. What Catalans demand is no different from what Scotland demanded some years ago, and in their case the UK agreed to hold a referendum. Therefore, the difference lies in the response of London and Madrid to their respective territorial crises. In other words, the problem is not that Catalans want to discuss the political status of their territory. In fact, the principle of self-determination is embodied in the first article of the UN Charter. The problem is that Spain cannot afford to hold a referendum in Catalonia because it is not politically and socially ready to reform its Constitution.

Unlike other European countries with a recent history of fascism, Spain has not yet come to terms with its past. Many topics like those concerning former fascist dictator Francisco Franco are still taboo, as seen recently when many far-right individuals expressed their discontent after Spanish President Pedro Sánchez announced the tomb of the dictator would be moved from its current memorial location. What this event showed that there still remains a faithful and unconditional support for the fascist dictator in Spanish society. This shameful part of Spanish recent history has never been overcome because fascism actually remained in Spain for 30 more years after World War II, and there has been no forgiveness nor acknowledgment for the abuses and crimes committed during that period.

As a result, the current Spanish Constitution, which dates back to 1978, was heavily influenced by those who had been part of Franco’s regime. Any attempt to reform the Constitution has faced rejection from the most conservative segment of Spanish society. Thus, when the Catalan pro-independence government asked Madrid for a referendum, the response was that the Constitution did not allow any territorial changes and therefore refused to negotiate. Unfortunately, policymakers in Madrid have not yet realized that what weakens the Spanish Constitution the most is, in fact, viewing it as a rigid legal document. This immobility has turned the Constitution into a source of illegitimacy and underrepresentation among Catalans, as they feel Spain’s supreme law has no space for their aspirations as citizens. It is hard to think that a mature democracy that really believed in its institutions would refuse to negotiate a Constitutional reform and systematically deny the right of self-determination to a territory.

Every year for the past decade, Madrid has ignored Catalans when they took to the streets asking for a new political status. Sadly, it looks like Spanish politicians do not know Catalan civil society enough, or else they would not have ignored the issue for so long. Now they have seen that what started as a few thousands of people have become millions, and what is more, they are organized and convinced of their cause.

What we are seeing is a culmination of more than a decade of escalating tensions around Catalonia’s status in the Spanish Constitution, a story that began in 1978. The last few years have been the consequences of the mismatch between Spain’s political and legal institutions and Catalonia’s political and social realities. And so Spanish institutions remain unable to deliver the policies Catalans need. As a result, it is safe to say this is no longer a Catalan crisis but a Spanish crisis.

Spain finds itself at a turning point. It can welcome the possibility to update its laws and institutions, and finally address past wrongs, or it can remain stuck in a past that no longer exists and deepen its crisis.