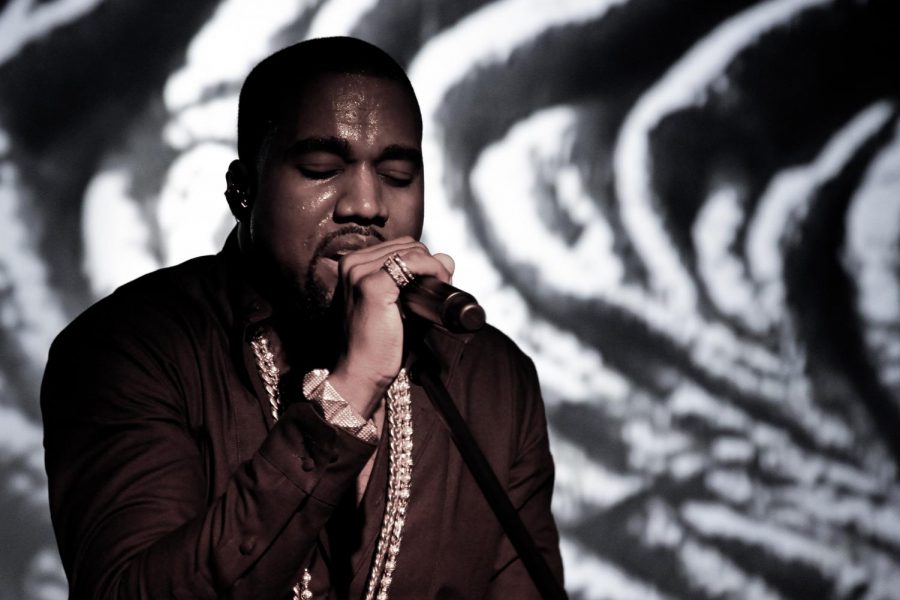 Kanye West played a few tracks from his upcoming album "Jesus is King," as well as some clips from its accompanying IMAX film.

I could not believe my eyes, but there it was on the screen. Through sheer luck and the spirit of Yeezus, my roommate had scored two free tickets to see Kanye West debut his to-be-released ninth studio album, “Jesus Is King,” at a private event at the United Palace in Washington Heights. As longtime Kanye West stans, this was huge for the both of us. Before coming to college as freshmen last year, we initially bonded online over our mutual love of Kanye, and now we were a couple of hours out from being in the same room as him. After freaking out for 10 minutes, we got dressed, grabbed some halal food from the cart outside and hopped on the uptown A train to 171st Street.

Once we got to the venue, we were joined by an amalgamation of fellow Kanye fans in line outside the door. After doing the old pre-concert shuffle and slowly moving up in a line for a solid 20 minutes, we entered the foyer of the theatre — and it was gorgeous. It looked like something out of a 1920s Great Gatsby party or an old murder mystery novel.

To the right was a huge line for exclusive (and overpriced) merch that wrapped around the back of the large staircase in the center of the room, and to the left was the entrance to the stage where Kanye would perform. We were instructed to place our phones into special, protective cases that magnetically sealed shut and prevented access to them during the show, to prevent people from leaking material before it officially released.

We sat down in the theater for what felt like an hour until the room suddenly exploded into applause and cheers as Kanye entered the room. Everybody collectively rose to their feet as if Jesus himself had ascended into the building, and they waited with bated breath to hear him speak. He barely muttered, “Thanks for coming out tonight,” before he was drowned out by cheers and thunderous applause. He announced that he would show us three pieces he had been working on: a short documentary about his experience in designing houses with architect and artist James Turrell, a clip from his upcoming IMAX film about his Sunday Service gospel performances, and his new album “Jesus Is King.”

The videos were incredibly artistically shot, showing a creative side to Kanye that extends beyond his ventures in music and fashion design. The IMAX clips were all framed in a giant pinhole circle and showed different shots of nature with a choir singing in the background, with occasional shots of the singers mixed in. After showing us the videos (which were played at such a high volume I can still hear my ears ringing), it was time for the highlight of the night: the new album.

He announced that the opener was called “Up From the Ashes,” a subdued track that featured heavy singing from Kanye and lyrics about “rising up” and starting anew — which seemed fitting in its context as the first song on the album. Up next was “Follow God,” another captivating song that again featured a more subdued side of Kanye with a little more focus on rapping rather than singing.

The third track he played was, in my opinion, the highlight of the night — the Pierre Bourne-assisted “On God,” a track that featured heavy bass and Pierre Bourne’s signature video game-esque synths with an aggressive, fast lyrical delivery from Kanye. Halfway through the song, Kanye shouted, “Y’all need to fill up these aisles” — which led to a stampede of fans rushing out from their seats, pushing and shoving each other in an attempt to get closer to Kanye. (A handful of NYPD officers were called for backup as the scene escalated, and the guards began to urge people to move back into their seats.)

Other highlights of the album included a line delivered in typical Kanye fashion on a track called “Sunday” where he croons, “Closed on Sunday, you my Chick-fil-A.” The song, “Use This Gospel” boasts an impressive Kenny G saxophone solo, a Clipse feature and gospel music legend Fred Hammond assisting on “Hands On.”

After the album finished, Kanye simply said: “Thanks for coming out. I love y’all — I gotta go.” The lights came up and it was all over so quickly. I sat in shock for a few seconds as I processed the fact that I had just witnessed one of my all-time favorite artists and biggest musical inspirations play his unreleased album live and leave like he didn’t just blow my mind. After getting our phones unlocked from their polyurethane prisons on the way out, my roommate and I hopped back on the subway downtown and closed out our journey with some celebratory mozzarella sticks from The Flame. I cannot wait to relive the experience when “Jesus Is King” officially hits streaming platforms soon.