Fordham Takes SJP Back to Court 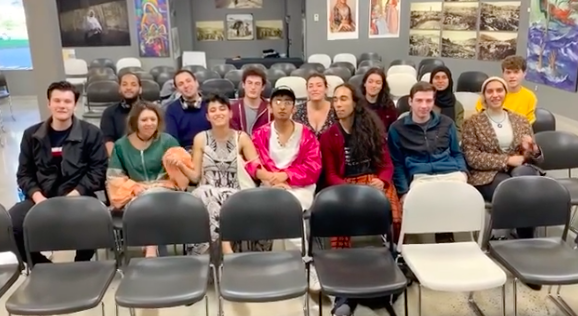 After over two years of litigation and a ruling of the New York State Supreme Court, it seemed that Students for Justice in Palestine (SJP) would finally gain recognition as an official club on the Fordham Lincoln Center campus. However, on Aug. 30, Fordham quietly filed an appeal of the decision in the Supreme Court of the State of New York Appellate Division.

On Aug. 6, Justice Nancy M. Bannon annulled Dean Keith Eldredge’s decision to disapprove SJP’s application for club status for SJP. This decision was based on the determination that SJP had followed “all applicable rules, regulations and guidelines in applying for approval” and that “Fordham arbitrarily and capriciously failed to abide thereby.”

However, members of Fordham’s administration did not agree with this ruling and have brought the case back to court.

Bob Howe, assistant vice president for communications, said that “Fordham University is committed to serving all of its students both in and out of the classroom: the University does not believe that a chapter of SJP is in the best interests of its students, and has appealed the case.”

In the appeal, Fordham’s counsel questioned the court’s opinion that the university “had not complied with its own policy and procedure” and whether Dean Eldredge’s decision was “arbitrary, capricious or unsupported by a rational basis.”

President of SJP, Batool Abdelhafez, FCLC ’21, said that they were not surprised by Fordham’s decision to file an appeal. “Fordham has made it clear that they will go great lengths to repress Palestinian advocacy on campus,” they said.

“We are an explicitly anti-racist and anti-colonialist club on campus, and we will continue to engage in good faith, despite Fordham’s attempts at suppressing us. We have no interest in starting harmful and unnecessary discourse on campus,” said Abdelhafez.

Until the appeal moves forward, SJP will continue to function as an official club, despite early issues regarding budgeting. SJP struggled to get a budget in place given that the club was only recognized by Fordham days before the beginning of the fall semester.

Other clubs, in particular, the Muslim Student Association and Black Students Alliance, have also been promoting SJP’s activity around campus by advertising upcoming events with their own members.

“What is certain is that we will continue to educate the student body on the Palestinian struggle against colonization and oppression,” said Abdelhafez.