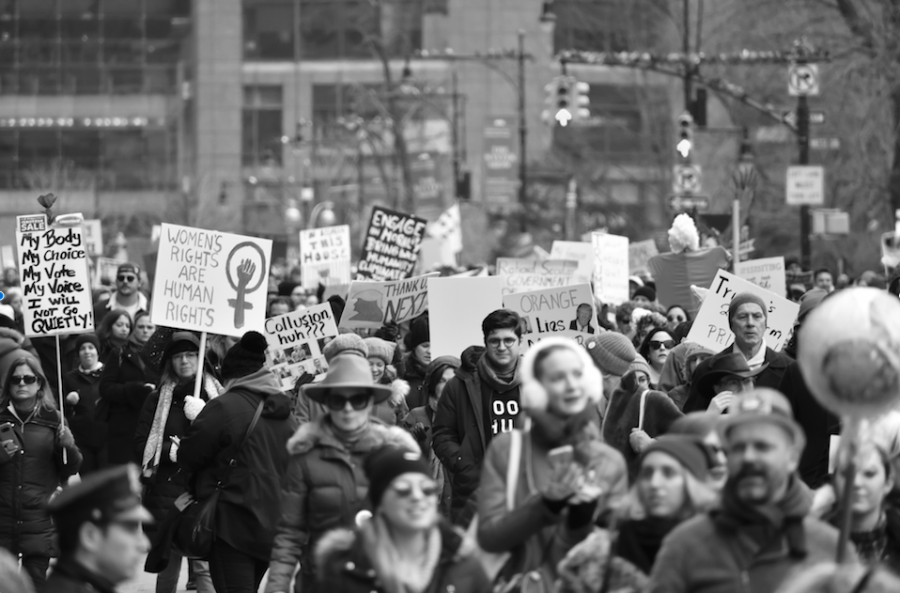 Gen Z doesn't buy houses, eats too much avocado toast and may be hurting the social movements they seek to promote.

When boisterous, peppy teenagers plan to skip school to attend rallies, protests and marches in support of social justice movements, our first inclination is to exalt the righteous, rebellious attitude of the younger generation.

“That’s right,” we say encouragingly, “don’t let school get in the way of your education.”

“Stonewall was a riot,” we murmur, nodding.

“Silence is the language of the oppressor,” we offer.

While the premise of these quotes is truthful, our generation has made the rather insidious habit of appropriating inspirational movements to justify their own inclinations and desires. Some facets of social justice, it seems, have lost their intellectual fire and retired to the often frivolous, repetitive echo chamber that is social media. Since when did social justice become about being social, and not about being just?

Before the ’90s, most activist movements revolved around achieving judicial equality for marginalized communities. Now, the goal of social activism circulates around achieving acceptance, not merely tolerance. Many forms of discrimination have been outlawed or at least recognized as problematic, but discrimination still exists surreptitously through cultural values, traditions and habits. As the nature of the purpose of social justice movements has changed, so has the nature in which we ought to advocate for equality.

Today, most social activist movements are led by people who promote their stances through social media. “Joining a movement” often refers to the act of clicking “follow” on a feminist Twitter account, skipping school once a season to meet up with like-minded friends for marches (and being sure to post the entire event on your story), or reposting a Black Lives Matter (BLM) tag on Martin Luther King Jr. Day.

Non-stop social media promotion, while it appears hyper-vigilant and proactive at first, does not truly address the issues social activism is intended to solve. Today, most activists participate in what is called “performative activism,” a mimicry of activism in which their goals are never achieved, but rather their ideals and values are outwardly praised and recognized as the apogee of morality. In this sense, performative activism tends to be a technique for social conformity and connection among energetic young people eager to assert their voices and establish their burgeoning identities.

The concept of activism has become an outlet for the self, utilizing the aggressive theme of older activist movements as an effective medium because the sense of rebellion resonates with naturally rebellious teenagers. While insulting to true activism, performative activism is also incredibly dangerous.

To middle-aged adults old enough to vote, politicians in power and influential members of the upper classes, this rampage of performative activism is the only representation of activism — it’s all they see.

To those that matter, activism today means garrulous teenagers posting relentlessly on social media, skipping school to stand in the street and take pictures with their friends and critiquing, almost relentlessly, the use of unnecessary gender pronouns without explaining why excessive gendering of objects can perpetuate harmful gender roles and stereotypes.

When young teens, excited to add purpose to their lives but often unaware of the self-centered attitudes they tend to exude, use social justice movements as platforms to connect with their friends and rebel against their parents, the reputations of social justice movements suffer. The selfish behavior, sassy outbursts and vain tendencies all too common during adolescence become intertwined with social justice itself. To those who have never encountered social activism before, the resurgence of social activist movements appears to be the lovechild of teenage rebellion and let’s-skip-school shenanigans.

The distortion of the purpose behind social activism is not only an immoral, selfish habit unfortunately abused by well-intentioned young people, but also harmful to the disadvantaged groups attempting to achieve acceptance within society. When disgruntled, hard-headed baby boomers see posts on Facebook or clips on Fox News featuring sassy, passionate 15-year-old social justice warriors, they begin to associate social justice movements with a generation war. The targeted audience of social activism movements shifts from advocating for righteous equality to refusing to give in to the demands of disrespectful teens. 68-year-olds in small towns registered as Republicans, may feel indifferent to the accessibility of the school auditorium for children who use wheelchairs, but once they see the unsavory characters who are advocating for the cause? Good luck convincing them to vote in your favor.

Rather than urge young people (including myself) to resign the responsibility of social activism to older, more refined adults, I implore fellow Fordham students to continue to grip tightly the torch of social activism. Continue protesting, speaking out and connecting elements of social justice to your own life. This time, don’t focus on using social media as your primary platform for social activism, but incorporate the intellectual community which you have access to as a student. Don’t only pose in a fashionable BLM shirt on your Instagram, but write about the dangerous legacy of police brutality in your class whenever you have the opportunity to. Don’t simply attend protests with your friends and post about it, but talk about the experience afterward, discussing why creating a visible gathering of people enhances social activism. Rekindle the flame of righteous intellectual discourse within social activism, and we will reach more people than ever before.