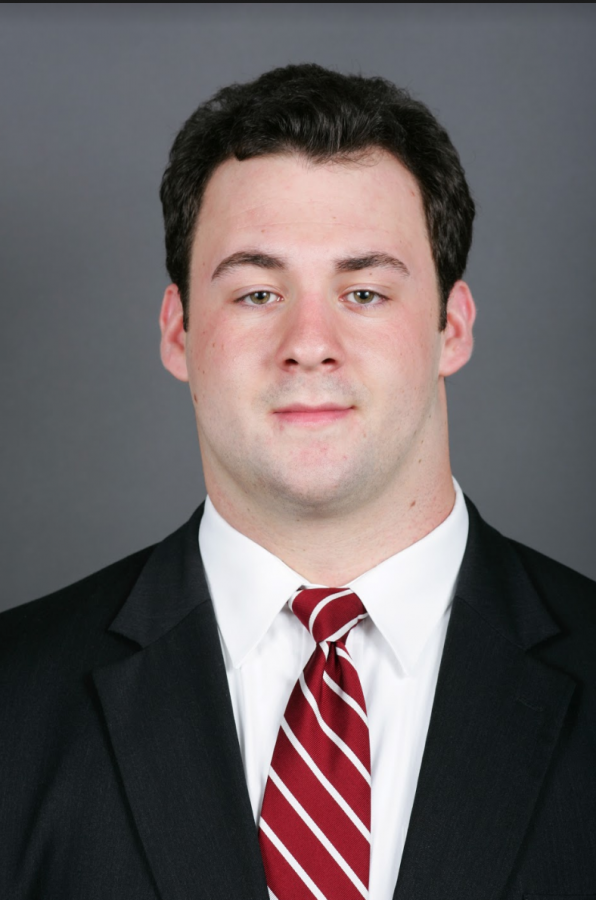 Mulkeen left a lucrative career in finance in order to serve his University's local Bronx community.

NYPD Officer Brian Mulkeen, Fordham alumnus of Gabelli School of Business at Rose Hill (GSBRH) ’08, passed away after being shot in the line of duty on Sept. 29, 2019. He was 33 years old and lived in Yorktown Heights, New York.

On the morning of Sept. 29, Mulkeen was struck and killed by friendly fire during an arrest in the Bronx. He was nearing the end of his seventh year as a member of the Bronx Borough Anti-Crime Unit in the 47th Precinct.

“The Fordham family has lost one of its own to senseless violence today,” Fordham President Rev. Joseph M. McShane, S.J., said in a statement. “Brian Mulkeen went out into the world to do exactly what we expect of our alumni, be a man for others, and he was slain in service to the local community.”

Mulkeen was born on March 3, 1986, in Suffern, New York. He grew up in Monroe, New York, where he graduated from Monroe-Woodbury High School in 2004 as class president.

Mulkeen then attended Fordham’s GSBRH, where he earned a bachelor’s degree in finance. At Fordham, he competed in track and field from 2004-08 and was a two-year field captain. Mulkeen regularly competed at the Atlantic 10 Championship — a collegiate athletic conference for Division I schools — and earned a bronze medal in the weight throw in his senior year.

Recently, he rejoined Fordham as a volunteer throwing coach alongside his former teammate and the current head coach, Brian Horowitz, FCRH ’10.

“Brian was the epitome of a great teammate,” said Horowitz. “He possessed all the qualities that we hope our student athletes here at Fordham to have. Brian was committed, competitive, selfless, driven, and supportive. He led the team and his enthusiasm for the sport was contagious. He continuously pushed those around him to be better. He will be greatly missed by the Fordham Track and Field family.”

After graduating from Fordham in 2008, Mulkeen went on to work at Merrill Lynch as a financial adviser. Two years later, he made the decision to change jobs and pursue a career in serving and protecting his community.

“It came as no surprise that Brian ultimately went into law enforcement to protect and serve a community in need,” said Horowitz.

“One of the things they told us, even with their grief, was that Brian made a choice, an incredibly noble choice to leave a civilian life, a lucrative career,” Mayor Bill de Blasio told ABC 7 Eyewitness News. “He wanted to protect other people. He loves this city, he wanted to protect other people, and he put his life on the line, and he gave his life for all of us.”

In 2013, Mulkeen joined the police force and worked as a dispatcher. He graduated from two police academies, and ultimately became an NYPD officer in the Bronx’s anti-crime unit in 2017. Over the course of his seven years with the police force, Mulkeen received five Excellence in Police Duties awards and made 270 arrests in total.

His family paid tribute to him in his obituary that read in part: “Brian was simply a remarkable human being — the best person in the world to have in your life. We couldn’t be prouder, and hope he continues to serve as an inspiration to others. He will never be forgotten and was loved by everyone. He is a true hero.”

A wake was held on Oct. 3 at the Smith, Seaman & Quackenbush Funeral Home in Mulkeen’s hometown of Monroe.

Funeral services were held the following day at the Church of the Sacred Heart, also located in Monroe. Thousands of officers joined family, friends and the community in mourning.

Mulkeen is survived by his mother, Camille; his father, Brian; his sister, Erin; and his brother, Eric.