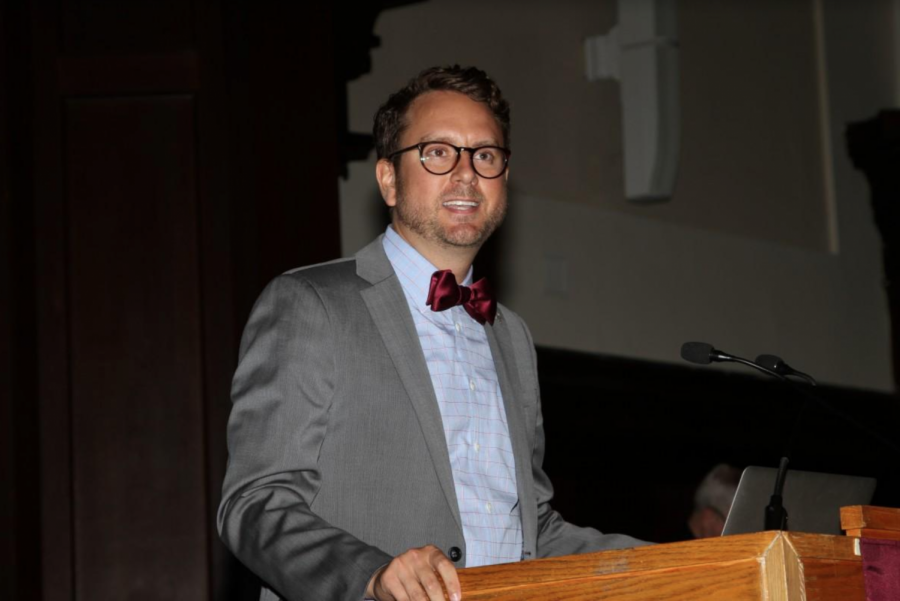 After nearly a decade at Fordham, Desciak will start his new career at Boston College.

After a nearly decade of working at Fordham University, former Assistant Dean for First-Year Students Joseph Desciak departed from Fordham to pursue a career as the Associate Dean for Boston College.

Desciak said the decision to leave was far from easy, but ultimately he felt that it was the right step in his career.

The former Assistant Dean expressed that it was hardest to leave behind the people in the Fordham community that he loves so dearly. “Fordham is far more than an outstanding academic institution,” he said. “It is a place of welcome for all who grace our hallowed halls.”

As the new Associate Dean for Boston College, a fellow Jesuit university, he hopes to further his professional and academic aspirations. He explained that by focusing on his academic research — the impact of faith-based higher education on socialization — he hopes to see how an institution can shape future leaders to be concerned with the injustices of the world.

Desciak’s former responsibilities are currently being fulfilled by interim Assistant Dean Arleen Pancza-Graham while the administration continues the hiring process. Pancza-Graham worked as the Sophomore Dean for Lincoln Center students until she retired in 2017. Upon Desciak’s departure, she agreed to temporarily return to Fordham as the interim Assistant Dean for First-Year students until a permanent replacement is found.

“My understanding is that the search for a new Assistant Dean is progressing and the new administrator will be in place for the Spring semester,” Pancza-Graham said.

Desciak started his tenure at Fordham in 2009 as a doctoral student in philosophy. He eventually took on the role as Assistant Dean for Juniors and Transfers in 2011 and finally became the Assistant Dean for First-Year Students in 2013.

Over the course of 10 years, Desciak said, Fordham has served as the backdrop to his coming-of-age journey: it’s where he met his best friend and now wife, began his career and came to embrace the Society of Jesus. J,” he said.

Desciak has friends within all departments of Fordham, from dining services to Jesuit priests. “These folks have all become part of my extended family,” he said. His colleague and “neighbor” in McKeon, the Rev. Vincent DeCola, S.J., spoke about the times when he would get together with Desciak and his wife, sharing meals on the balcony of the Law School while enjoying the free concerts in Damrosch Park.

DeCola praised the former dean for his “student-centric approach” and how he worked to make the students at the Gabelli School of Business and Fordham College at Lincoln Center feel more connected to one another. “While it is a great loss for us at Fordham, this seems to be the right move for Joe Desciak at this point in his career,” DeCola said. “I can only hope that perhaps fate will cause our paths to cross again at some future time.”

The former dean emphasized that he is deeply committed to the futures of Fordham’s students, and hopes they know how much he cares about their well-being. He said he is still keeping them in mind in his daily prayers.

As he welcomes the challenge of his new role, he invites the Fordham students to take on a challenge of their own: to “say hello and greet one another on campus.” With this challenge, he promises, “You will find joy and peace in knowing that kindness is the main ingredient for happiness.”