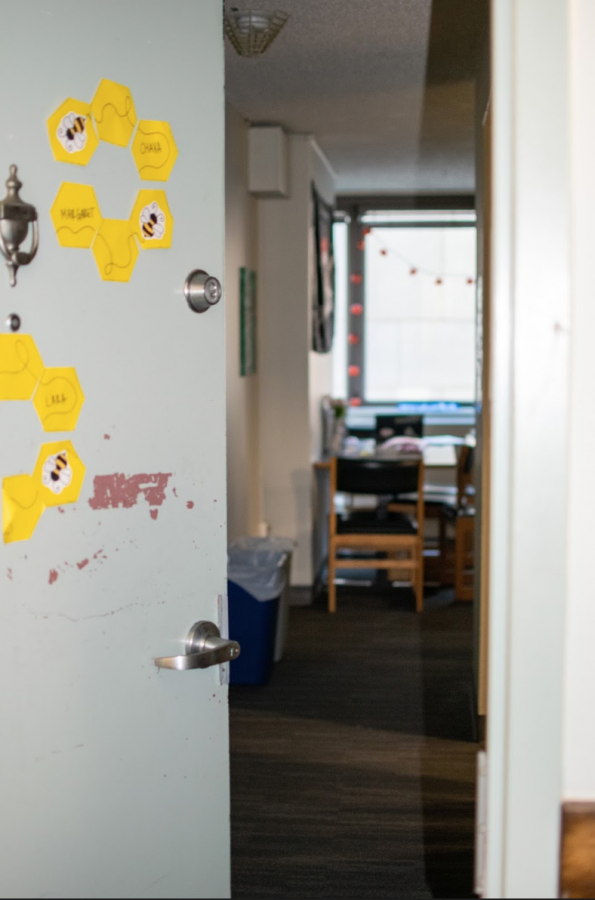 ResLife further opens to door to include TGNCI students on campus housing.

This year, Fordham has taken a step to make housing applications more inclusive for transgender or gender-nonconforming individuals (TGNCI). The Class of 2023 was the first class to have the option of expressing gender non-conformity in the housing application.

The Positive, the Rainbow Alliance and United Student Government have worked alongside Fordham’s administration for several months following a series of publicized demonstrations last year. These workshops have resulted in a new policy allowing students who identify as TGNCI to denote their preferred gender identity by checking off a box on their housing applications.

As of this year, the Office of Residential Life (ResLife) has assumed the responsibility to reach out to these students regarding their housing arrangements, instead of the previous system which required the student to reach out through informal channels.

Currently, TGNCI students are assigned housing based on their sex assigned at birth. Marian Winget, FCLC ’21 and secretary of the Rainbow Alliance, said that her transgender girlfriend was forced to live with men during her first two years at Fordham. She explained that even though her girlfriend’s roommates were allies, the situation was uncomfortable and did little to reaffirm her gender identity.

To avoid further complications, the student decided it was best to move off-campus. This was not the first time a transgender student felt so uncomfortable with their housing situation that moving out seemed like their only other option.

In spring 2019, Dean Eldredge and other members of the Fordham administration met with affected students and their allies. It was agreed that TGNCI students should not have to bear the whole weight of reaching out to ResLife with their requests for a more fitting housing situation, as per the previous policy.

With regard to why the change wasn’t implemented sooner, Dean Eldredge said Fordham’s administration is “certainly trying to accommodate each individual student while also staying in line with the university’s mission; figuring out a way to balance those needs is complex.”

Margaret Cohen, FCLC ’20 and a member of The Positive, believes that “organizers reach such resistance from Fordham administration because they know that once they agree that one thing isn’t safe for transgender and gender-nonconforming individuals, they have to acknowledge how deeply rooted bias and safety goes.”

“I think as individuals,” said Cohen, “many administrators know the importance of what we’re talking about and try to be respectful, it’s just a lack of motivation to challenge dominant systems that Fordham is complacent in.”

While ResLife claims that they “work with any students on a case-by-case basis to find an appropriate assignment,” many feel that TGNCI rights on campus are still not secure.

Some, like Winget’s girlfriend, have claimed that Fordham’s housing arrangments have led them to feel like they live two seperate lives: one in which they were able to identify as they wish and another in the dorms where they are  constantly reminded that only their assigned sex mattered to the administration.

Both Winget and Cohen feel that the administration still has a long way to go in terms of making the campus completely welcome and accessible to gender-queer students. Winget would like to see an increase in gender-neutral bathrooms, more advertising for resources available to those transitioning or seeking help with specific issues, an easier name change process and sensitivity training for all staff at Fordham.

Cohen also emphasized the need for psychologists and health professionals at Fordham who are more experienced with issues affecting TGNCI, particularly TGNCI of color. When informed about these suggestions, Dean Eldredge showed support and plans to continue working with student groups to enact these changes around campus.