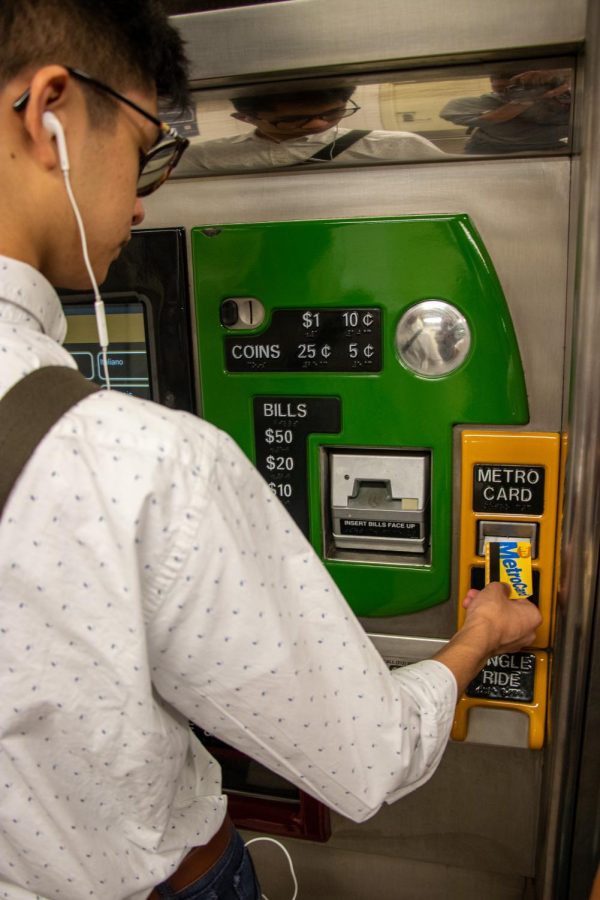 Fordham has earned a reputation of being expensive, but generous with financial aid. Why not extend this mentality to commuters?

Students who commute to Fordham daily live a much different life than those who reside on campus. Each day, half the students who make up Fordham Lincoln Center race through the infamous New York rush hour inside packed trains and buses, waking up earlier than those who live on campus in the pursuit of higher education.

Navigating the concrete jungle is the reality for commuters. But the problem does not lie in the conditions that they commute in, but rather the price they pay to do so.

Commuters, just like everyone else in the city, pay $2.75 one-way. That’s every trip to and from school, regardless of the time of day. If we do some simple math, that’s $5.50 per day, $27.50 a week, $110 a month and nearly $1,000 per school year. High school students throughout New York City don’t have this burden to worry about, but college students do.

If commuter students are fortunate enough to receive substantial financial aid from Fordham, this cost is not as much of an issue. However, for those not getting much help in grants and/or scholarships, this pricey bill to commute to school is just another burden on the back of an already financially struggling student. Commuters are just offered a grant totalling $7,500, which barely puts a dent in the daunting $50,000 of yearly tuition — and it’s a disservice to the extra effort commuters put in that students with other scholarships cannot receive that grant.

Every Fordham student makes a financial commitment to attend this school to better ourselves, and for commuters, the least we can expect is some financial commitment from the school to help supplement our daily travel. Regardless of financial situation, the cost to simply get to school, let alone attend it, is too onerous for the average family.

On top of the cost of travel to school, don’t forget the cost of books and having a life outside of the classroom. In a city with rampant high costs for basically everything, commuters have to live with a guaranteed additional $1,000 financial hardship every school year compared to residents.

More often than not, commuters can find themselves at work instead of at club events and making memories all because they need to save money for their MetroCards. Many of these commuters also work around the city, far enough from their homes to constitute a train ride back from work after a long day at school. If that’s the case, the prices outlined double, and the result is a student living in wholly unnecessary financial hell.

What I am calling on the administration to do is not so far fetched. When employers like Financial Buzz hire interns, they agree to pay for their MetroCard travels for the duration of their internship. With an endowment of $850 million, it is not asking too much for Fordham to supply 800 hardworking commuters with a MetroCard. Even some colleges, like the University of Missouri at Kansas City, recognize the pain of paying for daily transportation. This is why they decided to spend wisely and use money earned by selling parking permits to subsidize transportation costs for their students.

Even if Fordham does not want to use their endowment for assisting with transportation, they could echo the programs used by NYU and CUNY which allow for paycheck tax deductions to be put towards a MetroCard. Students and their families alike have poured out such financial commitments and have endured such burdens in order to attend a prestigious university. An extra $1000 on top of already quickly rising tuition costs is going to put more students out of options and the result will be a dwindling enrollment size for commuters.

Fordham’s rising cost of attendance has made it hard on everyone who attends, but the added expenses for commuters makes the daunting thought of loans and a postgraduate life that much more terrifying. I truly hope Fordham will listen to the concerns of commuters like myself and Sami Islam, GSB ’22, who said, “It’s a hassle to get here, the least they can do is give us some help.”