We Are Able to Return to Unity Without Terror 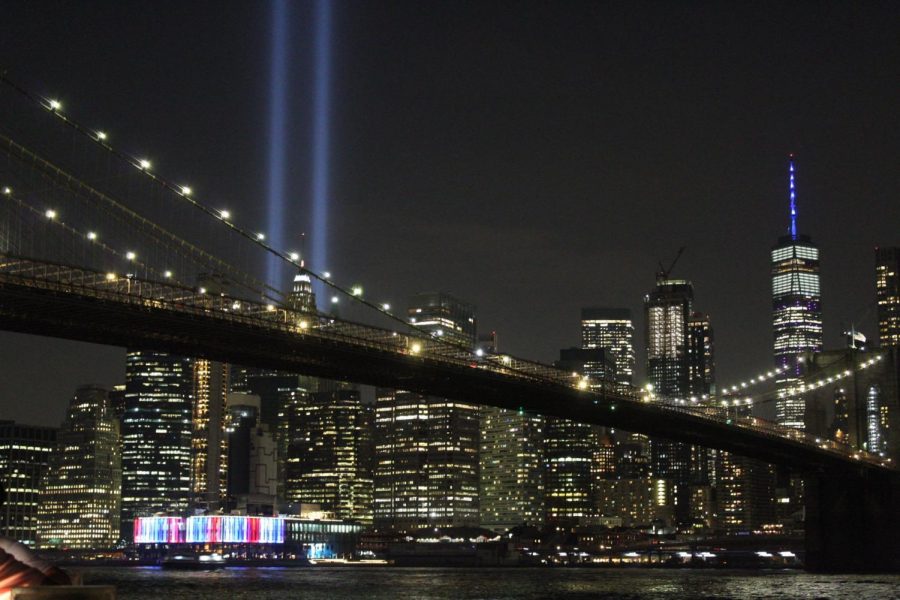 After 9/11, Americans across the country united in a way that seems impossible in today's political climate.

Wednesday, Sept. 11 marked 18 years since tragedy fell upon New York; Washington, D.C.; and Shanksville, Pa. America saw the worst the world had to offer that day, and the scenes from Sept. 11 are etched in the hearts and minds of every American who was unlucky enough to witness the horror of thousands of innocent men and women losing their lives on an otherwise beautiful September morning.

In the shadow of evil, there was one thing that Americans had in the days, weeks and even months following the attacks: unity, in the form of volunteering, charity and prayer and above all, looking past the differences that we have let divide us. In the piles of rubble, scattered all about the 16 acres of the area that was once the World Trade Center, recovery workers both from all backgrounds and experiences descended on Ground Zero in the hopes of doing something to help the country heal.

Unity is more than just cooperating with others; it means standing in solidarity with our fellow Americans. Despite all of its flaws, this country is still the greatest place to be in the world.

New Yorkers watched as their skyline burned in the distance. Everyone stopped in their tracks and pointed their heads towards a sky full of smoke and ash. When the twin towers came crashing down, the souls we lost were of all different races, genders, sexualities and political beliefs. The same diversity was found in all the people watching helplessly on the ground, horrified by the events that they were witnessing. In every heart was inexplicable amounts of grief and despite the terror they witnessed, they united in their shared identity as Americans.

For survivors and those unaffected alike, in the midst of terror, something happened that I couldn’t grasp as a two-year-old. When night fell upon a city and country that was still shocked by the disaster that had happened that morning, they did not hide or alienate themselves. They united.

Not knowing if more attacks were to follow, the true form of American resilience came out from the wreckage through holding hands in prayer and song. One of the most powerful images that I can think of is the dozens of candlelight vigils held around New York that night. In these images, you can see Americans praying together while their burning candles illuminated a wall of pictures of the missing. As I’ve grown older and listened more closely to those who actually witnessed that day unfold, no one cared about what differences separated fellow New Yorkers — and that’s the way it should always be.

We are living in a time of such brutal division where every particular difference serves as another barrier between ourselves and the humanity of those around us. On the worst day of their lives, millions of New Yorkers and Americans succeeded in something that we now can’t imagine on our best days.

In 2001, we did not let our differences overcome our ability to love and care for each other. Now, when we need national unity more than ever, we only continue to build more division.

At the heart of change able to bind the wounds of division are people who can make a difference. America was founded on the differences in the hearts and minds of our founding fathers, and we can echo their sentiment of love for this country and show the decency, and yes, even love to those with whom we might disagree. We as Americans seem to have forgotten that those who share different views than us are still entitled to basic human decency and respect. Love in this case is all about recognizing the validity of a person even though they may think different than you. In the events following 9/11, people gave up their differences for goal of bettering the nation. Now, we can do the same, but just without the horror of losing thousands of lives.

We are still people made in God’s image and likeness, and we are told in Galatians 3:28 that our differences mean nothing in comparison to the fact that we are all one in Jesus Christ. It’s our job to still maintain and build relationships with the intent of looking past our differences that we may have.

In this moment, we stand on the precipice of greatness. If you turn to the news, the country we live in seems bleak and grim. However, this country has proven it can turn around quickly. Out of respect for those who lost their lives on Sept. 11, 2001, we owe it to those we lost to ensure that we don’t need terror or tragedy to bring together a country that has strength and unity woven into its very fabric and core.