A special report from the North 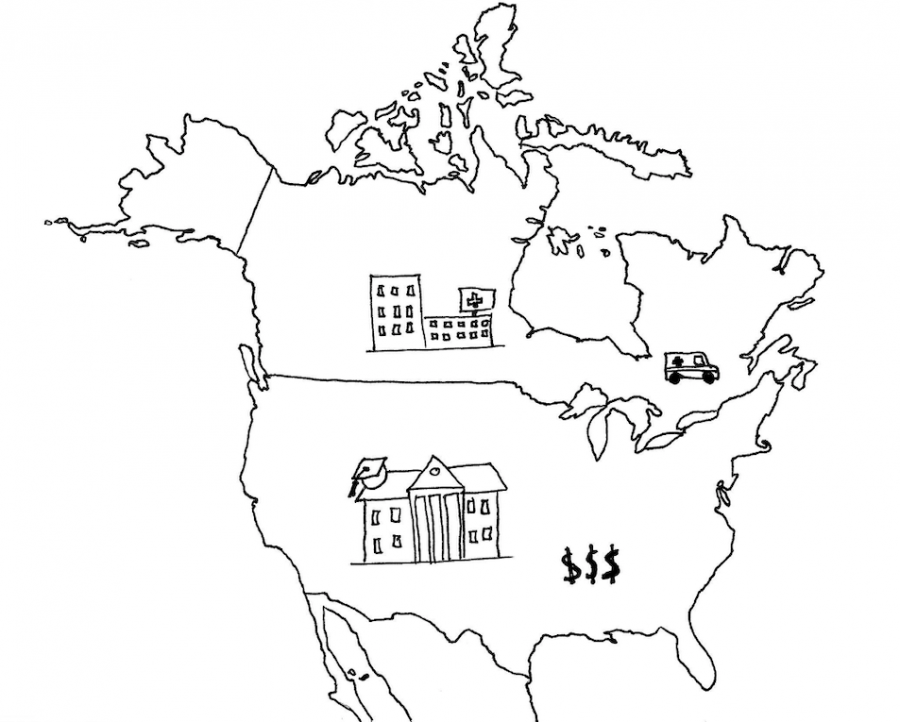 Canada isn’t as great as many people make it out to be. It’s time to spill the maple syrup on the world’s worst country.

As the 2020 elections loom overhead, the millennial electorate has shown that they have long departed from a moderate left. Calls for “healthcare for all” and “free tuition” plague Twitter, and, what’s worse, the candidates who endorse such policies continue to gain strong support in the polls. The desire for full-blown socialism among these voters is not at all stifled by the clear failure of socialistic government displayed by our northern neighbors.

Sen. Bernie Sanders has championed his advocacy for universal healthcare throughout his presidential campaign, yet, year after year, statistics show us that Canada’s healthcare-for-all system is a disaster. Ill people enter doctors’ offices with no fear of massive out-of-pocket costs, and can easily afford the medication that is prescribed to them, as it is free. Sound good to you?

Didn’t think so. I love the fact that in addition to pricey insurance premiums, Americans who earn enough to not be covered by government insurance have to pay large amounts for prescription medication and other possible medical bills. It teaches us responsibility, and also makes me very scared of ever getting sick or hurt. Win-win.

Lowering the cost of tuition for higher education sounds great, but we know all too well that the left loves to live in a fantasy. It is a well-known fact that lowering, or, even worse, abolishing tuition costs in colleges and universities would bankrupt the government and destroy the quality of education. In Canada, people exit university without being forced to take minimum wage jobs to pay for their crushing debt. These entitled students go on to find jobs in their field and contribute to society like the sensitive snowflakes they are.

After being forced to live in this godforsaken country for two months, it is clear the government here does not know how to manage their money. I have seen the effects first hand: healthier people, a cleaner environment and less debt. As an American, it baffles me.

I asked a man in Quebec if he felt his healthcare and education justified the enormous taxes he paid. He responded, “Quoi?” Another mark of an abysmal education system.

They would be smart to learn a little something from the U.S., the country with the largest external debt in the world. This trounces Canada’s spot at number fourteen, proving that the U.S. always comes out on top.

What we may conclude from this barrage of damaging evidence is this: Socialism does not work. Does this stop the Dems from pushing for big government? Quite the opposite.

In an interview with The Nation, Sen. Sanders stated, “Do they think I’m afraid of the word? I’m not afraid of the word.” Well, Bernie, maybe we should be afraid of some words. Our Founding Fathers knew some words were bad and scary, and therefore did not include them in the Constitution, like “immigration” or “woman.” Sanders used both of those words on numerous occasions as well.

Let us learn from this cautionary tale and steer clear of big government. We would not want to end up like those suckers, eh?