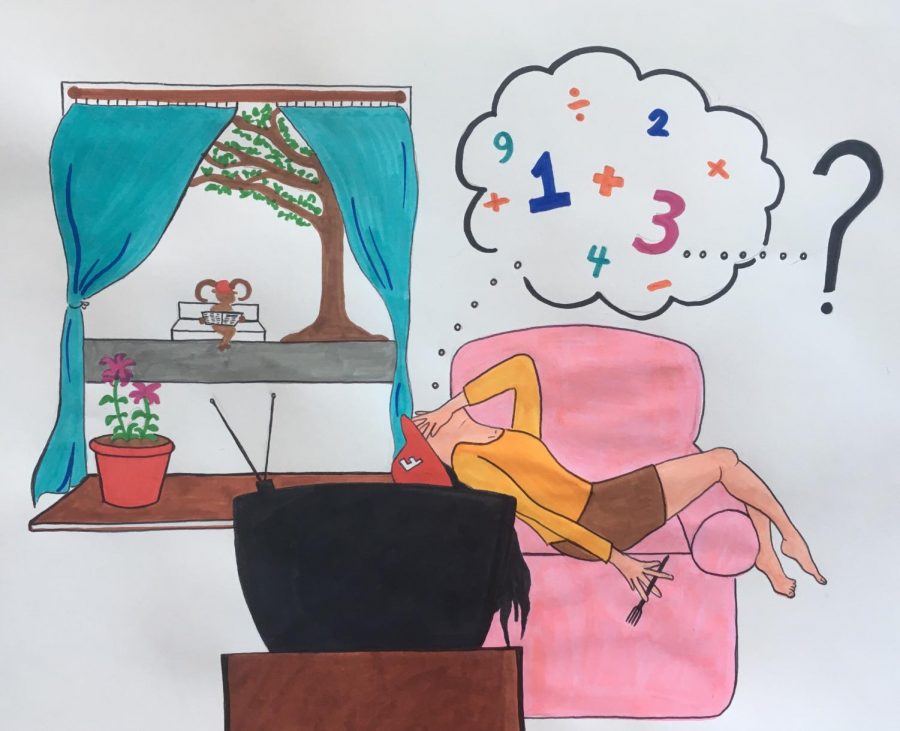 When students return to school after summer break, many are despondent over what they’ve forgotten. What if there was something more sinister at play?

I am significantly dumber than I was three months ago. My speech is no longer perfectly assembled and articulate, my writing is severely lacking and yesterday a commercial asked me to add two very small numbers together and I struggled for a socially unacceptable amount of time.

At first, I assumed that the summer slump had truly hit me. The disuse of my brain had caused it to shrink down, and the first classes of the semester would jar it out of the rut. One minute I would be struggling to think of which century man landed on the moon and then it would hit  — I would regain every little tidbit of history that had ever even been mentioned near me. My brain would become a work machine yet again and I would whirl through every piece of homework thrown at me.

But then I began to think: what if my extra brain power wasn’t lost, but instead stolen?

I’m sure that if you took all the smarts lost by Fordham University students and combined them together, you would get a larger-than-average brain. A big brain, if you will. Perhaps a brain the size of the planet, or several planets. A Summer Mega Brain.

This, of course, lends itself to immense power. Forget walking into the first day of classes and actually knowing what’s going on. With a galaxy brain, you could walk in and teach the class. The university would be in your control. The statue of Ramses would be knocked down, and in its place, a sculpture of your ginormous brain. Students would weep. Professors would marvel. Visitors would be immensely confused.

Yet, this begs the question: Who would harness this brain power? Megamind (2010) led me to think of several suspects. First,  Rev. Joseph M. McShane, S.J., whom I immediately ruled out. He already has one of the biggest brains known to man. This would not give him anything new.

Who could it be then? The answer is not a simple one. The array of people who would want a big brain is hard to narrow down. One suspect that stood out is the statue of Ramses. This may come as a shock, but how else is he expected to become a living, breathing Ram? With Summer Mega Brain, he could surely figure out a way to breath life into his metal lungs. This would be the best case scenario. Imagine how wowed potential students would be if they saw a giant brass ram running around campus. I know I would enroll immediately.

But let’s say that for some reason it’s not Ramses. The next most likely subject would be my freshman year roommate. Months ago, I permanently borrowed some of the silverware that she had kindly volunteered to bring to our dorm. With the school year fast approaching, she may need that silverware again. The only way to track down its location? Megabrain. I would be found  within seconds if it’s her behind this, and I ask that someone check in on me on Sept. 2 to make sure I am safe and sound.

The third option, of course, is that I am just looking for an excuse to justify the decline in my intelligence over these breaks. I almost immediately dismissed this idea because of its ludicrous premise and truly think I nailed it with option two. Wait for another update from me in another issue or transmitted telepathically.