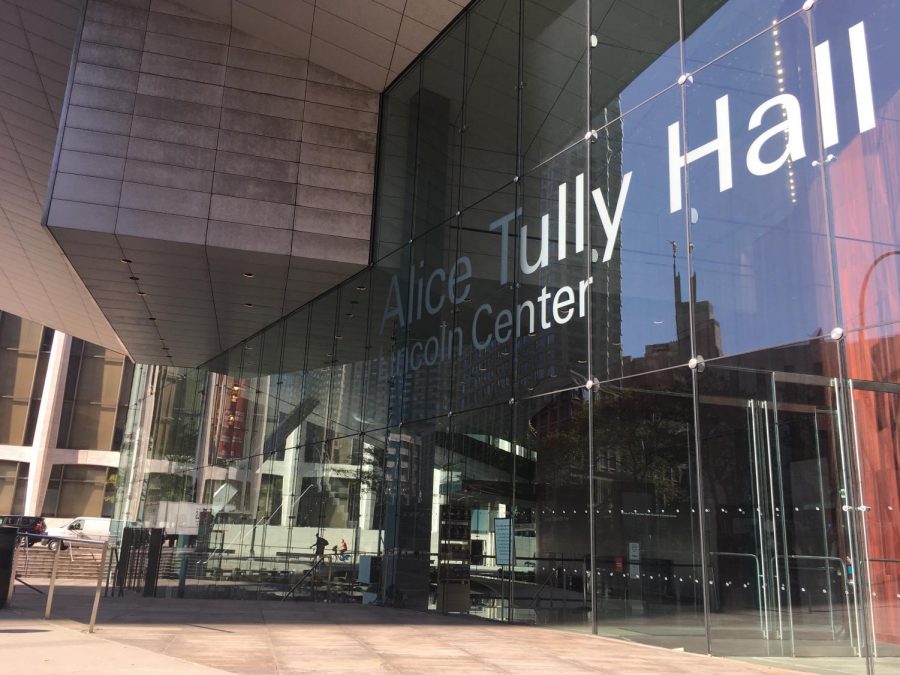 Alice Tully Hall in Lincoln Center is one of the venues that will play host to screenings at this year's film festival.

The start of classes means the return of textbooks, essays and, of course, The Observer in print. However, to film buffs like myself, something exciting is also arriving soon.

The coveted New York Film Festival will return for the 57th time on Sept. 27, and Fordham students have a lot to look forward to. Hosted by the Film Society of Lincoln Center (FSLC), almost all of the screenings and special events will happen within walking distance of campus.

This year’s main slate competition features 29 films from 17 different countries. Additionally, the FSLC has announced two other sections. The Projections category will include 40 experimental films. The Convergence section will contain five programs that explore immersive storytelling through gameplay, virtual reality and more. The film festival will also include numerous other sections that have yet to be announced, but we can assume to at least see one documentary as well as a shorts category, based on previous years.

Opening this year’s festival is the highly anticipated world premiere of Martin Scorsese’s “The Irishman.” Scorsese’s latest film sees him working with frequent collaborators Robert De Niro, Al Pacino, Joe Pesci, Harvey Keitel and others. Little is known about the plot of the film, but it does see Scorsese returning to one of his favorite subject matters: organized crime. Perhaps he has another “Goodfellas” on his hands.

The centerpiece of this year’s festival is “Marriage Story” by another quintessential New York director, Noah Baumbach. “Marriage Story” stars Adam Driver a stage director and Scarlett Johansson as an actor struggling with their divorce from across the country. Baumbach is known for his mature, dialogue-focused writing seen in his other films like “Francis Ha” or “The Squid and the Whale.”

Closing the festival is Edward Norton’s return to directing after a 19-year hiatus with “Motherless Brooklyn.” Norton plays a private detective with Tourette syndrome who is trying to solve the mysterious murder of his friend and mentor, played by Bruce Willis. Norton’s previous directing credit, 2000’s “Keeping the Faith,” was met with mediocre reviews from fans and critics alike; however, being selected as the closing film of the festival is a promising sign for his sophomore effort.

Within the main slate competition, there are numerous other films to look forward to this year such as Kelly Reichart’s A24-produced “First Cow,” which tells the story of a 19th century cook who joins up with fur trappers in the Oregon Territory and builds a connection with a Chinese immigrant. In Bong-Joon Ho’s “Parasite,” a family struggling to make ends meet hatches a plan to infiltrate the wealthy family of an entrepreneur. Premiering at the Cannes Film Festival, “Parasite” took the top Palme d’Or prize in May. Finally, Academy Award-winning writer Pedro Almodóvar returns with “Pain and Glory,” about director Salvador Mallo, a fictionalized version of Almodóvar himself.

Every year, the film society also announces a secret film premiere during the festival that is often by a notable director or writer. Last year’s was “Mid90s” by Jonah Hill. Considering that “Mid90s” premiered at the Toronto International Film Festival before coming to New York, I hope to see Taika Waititi’s “Jojo Rabbit” announced as the secret film this year.

No other film festival in the city is as accessible to Fordham students as the New York Film Festival. If you have any interest in films or are just trying to make the most of your fall semester, I suggest you to look into the festival yourself as I could not highlight all the fantastic films that will be showing.

While some screenings are reserved for press and industry, there are still plenty of screenings for which students can pick up tickets either online or at the box office across the street from Lincoln Center on 64th Street. If you can’t get tickets to one of the larger screenings, there is usually a standby line to get into the theater where tickets are often cheaper than face value. However, you’ll want to get there early, as the lines get long and standby spaces are limited. On top of screenings, the film festival also hosts many other events and talks, some of which are completely free.

Waiting hours outside Alice Tully Hall with my roommate last year to get into the U.S. premiere of “Mid90s” was one of the highlights of my freshman year at Fordham. I hope you and your friends can create some incredible memories at the film festival this year, too — I know I will.