You Have Too Much Space: Why Fordham Needs More Forced Triples 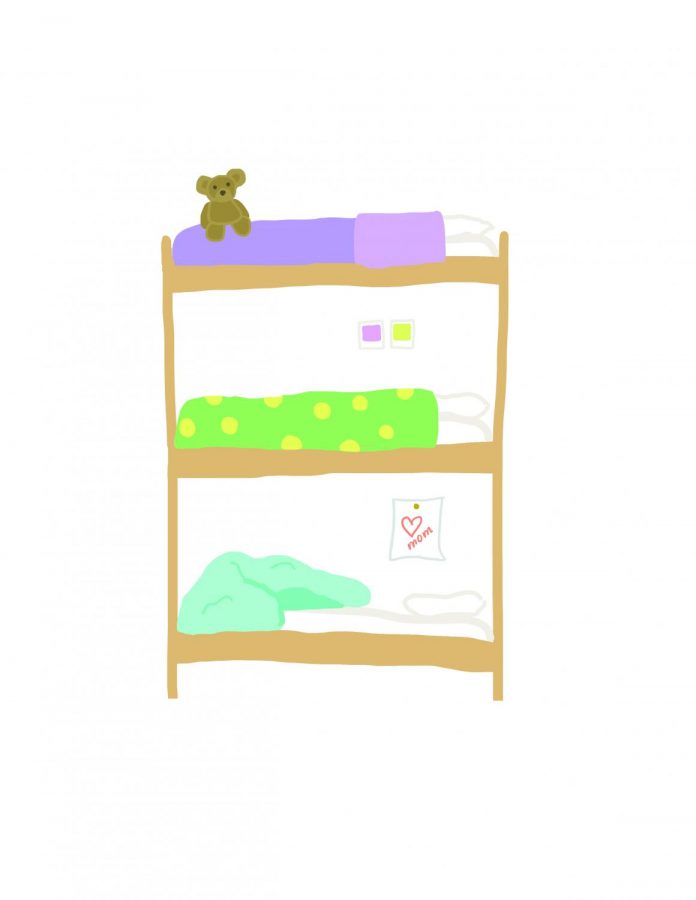 By JACK DWYER and NICOLE PERKINS

With more freshmen than ever attending Fordham, an increased number of students are living on campus. Space was getting sparse until the Office of Residential Life came up with an ingenious solution: putting three people in rooms meant for two.

This has already been gloriously implemented at the Rose Hill campus. Lincoln Center was once venerated enough to have them, but with the construction of McKeon Hall in 2014, they were discontinued until this past fall.

With the return of forced triples, the usual crop of haters have popped up. The rooms have a bunk bed to account for the extra person, allowing only one person to have underbed storage. The extra person also takes up more of the already limited closet space. Annoying as these things may be, they truly pale in comparison to the countless perks a triple entails.

As someone who has repeatedly requested to live in a triple for the past six years, I can credibly say that the living situation has many benefits. There was always somebody home. Loneliness? I’m sorry, I don’t know her. There was always someone to talk to; I was able to tell the same stories twice because I had double the roommates. They may have begged me to stop talking, but there is nowhere to escape in a forced triple. If I forgot my key, there was always someone to let me back in. Locked out of the room at four in the morning? Not a problem when I had two different people to wake up at the crack of dawn.

However, these were all minor benefits compared to the true advantage. With nine people in the dorm instead of six, my roommates and I were able to form a full-fledged baseball team. Not only were we good, but each of us was offered a million dollar starting position on various professional teams. Because I am studious and completely committed to my Jesuit education, I turned them down without a second thought. For those with higher, more athletic ambitions, however, this may be the illuminated path for you.

I also learned valuable life skills. Having to share a bathroom with so many other people, I mastered the art of taking shorter showers with my roommates to conserve water. Not only is this good for the environment, but it also helped me become more comfortable with my body. Greater body positivity made the beach a breeze and much more enjoyable because I felt comfortable in my own skin.

I had also been trying to use my ouija board for all of freshman year, to no avail. With only two people to psychically dial up the spirit world, I found it almost impossible to talk to any ghosts. No sensible ghost would want to spook up a two-person party and rightly so.

But now, with nine roommates, I cannot keep the ghosts from coming. Theresa Caputo, the Long Island Medium herself, is trying to get in contact to feature me on her show. Leon Lowenstein constantly pops in for a hello and we are now best friends. Amelia Earhart, who followed me home from a Delta flight to Hawaii that I recently took, is irresistibly drawn to my epic nine-person seances. If I weren’t in a triple, then I never would have been talk of the (ghost) town.

I truly believe that forced triples are a blessing to Fordham and should have been implemented sooner. If the school wants to really go above and beyond, they should even consider putting four people in rooms meant for two. This would not only increase the benefits that already come from forced triples, but offering on-campus housing to more students could provide more money for Fordham.

It is, without a doubt, one of the best ideas this school has put into action.

All students should tell their deans about how great forced triples are so we can make them a bigger part of Fordham University. Everyone knows that without them, the student outcry would be earth-shattering.

I’m really looking forward to my 10-person room next year. I’ve heard that ResLife gives you a discount if you let your roommates sleep in the same bed as you, so who’s ready to snuggle up?