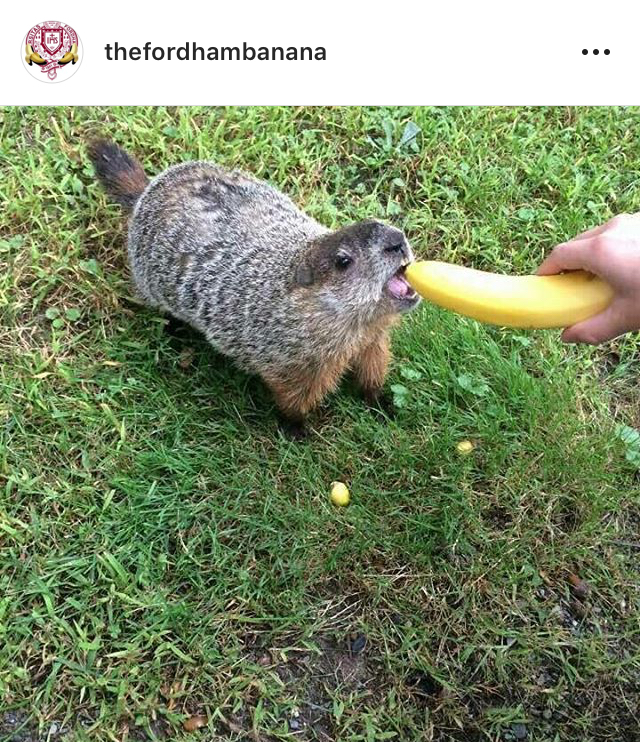 I was just a wee freshman when @Fordham_Memes on Instagram was the one and only meme account across all the major social networks that Fordham students knew and loved. It was a simpler time.

Gone are the days of wholesome Fordham content borne of students’ love of (and sometimes disdain for) the life of a Ram. That market is now fraught with competition to be crowned Queen of the Memes, and new meme accounts are constantly popping up. With so many of them from which to choose, how might the average student know which one to support?

Enter me, your friendly Fordham meme guide, stage left. Here are all the Fordham meme accounts, ranked in order of which are worth your time.

After a long day of Quinn/Walsh studying, Gabelli internships or what have you, all a student wants to do is have a good laugh. Barstool Fordham puts absolutely no effort in delivering laughs. With a post frequency that averages around once a week, one thinks the admins would spend time curating quality content for the page’s 11,000 followers. Alas, most posts are videos of largely unfunny happenings around campus, such as a (very good) hardcore band performing at a Battle of the Bands at Rodrigue’s Coffee House, or an unidentified girl spraying a fire extinguisher in what is clearly off-campus housing.

After all this, their decision to get involved in the great Sean Kingston debate — taking his side, no less — was the last straw. There is no funny content to be found at Barstool Fordham.

Jesulit University posts memes, so it meets the bare minimum of being worth your time, giving it a leg up on Barstool Fordham. Some of the memes are even funny: Take this one, for example, which pokes fun at Campus Activity Board’s Spring Weekend artist selection process, which has recently tended to favor has-been rappers.

Three things ruin Jesulit’s potential, though: generic content, Rose Hill favoritism and occasional racism. Many Jesulit memes are applicable to any college, not just Fordham, including this one, which plays on the “I’m bad at math!” trope. Additionally, Lincoln Center is left out of the content almost entirely, with admins instead opting to post all too often about Rose Hill bars. Worst of all, some posts have demonized the Bronx and played on racist stereotypes.

Not cool, Jesulit. Not cool.

This account hasn’t posted for the past three semesters, but I am including it as a tribute to the OG Fordham meme page. Perhaps others came before it, but none achieved the level of quality and unanimous praise that Fordham_Memes earned at the Fordham meme zeitgeist of circa 2016-17 (looking at you, Barstool Fordham). With bicampus appreciation and quality memery aplenty, this account was once the pinnacle of Fordham comedy. @Fordham.Memes has tried to pick up where @Fordham_Memes left off, but it just isn’t the same.

Let this paragraph serve as a plea: Come back. We miss you. (You too, @DogsOfLC.)

A recent addition to the Fordham meme family, Fordham Chairs takes an oversaturated field and does something exciting and creative with it. The content is certainly in the meme category, and the admins clearly put in oodles of effort into each post. The descriptions of each chair are explained in great depth, and they get brownie points for being #relatable. While Fordham Chairs is certainly creative, holding it back from greatness is the infrequency of posts. Come on, friends, there are plenty more chairs that need reviewing and Rams who need the reviews! (You’re right about pods being the best chairs on campus, by the way.)

Food at Fordham sucks; that’s no secret. Aramark is better than Sodexo, but it’s not exactly fine cuisine. @FordhamFood, a self-proclaimed “Fordham Food Critic,” takes that suckiness and transforms it into wonderful humor at the expense of Fordham. There’s always a funny caption to go along with the less-than-appetizing photos, creating a surprisingly pleasant juxtaposition that’s sure to brighten your night and encourage you to Postmate or Seamless your dinner with your roommates.

Shoutout to Fordham Dining Reviews on Twitter, a similar account which has been inactive for a few months now but is based at Lincoln Center and, when it does post, tweets live updates on what kinds of food are being offered. A real one if I ever did see one.

Despite receiving some unwarranted criticism from Grace Getman of The Observer, bananas are one of the greatest fruits ever to grace God’s green earth. The Fordham Banana agrees, posting photos of bananas and banana-related sightings on and around the Fordham campuses — yes, both Lincoln Center and Rose Hill — on the regular. (Where are the Westchester and London memes, people?)

I’m constantly surprised by how many different kinds of banana posts are possible, but The Fordham Banana keeps the fresh content coming with banana shirts, banana phones, banana art, banana balancing acts and much more. The account had split in 2018, but it has recently slipped back into our feeds with a bunch of new photos. Peel-ease don’t leave us again, anonymous hero.

This is it: the apex of Fordham memery.

If you’re somehow unaware, Faithful Fordham Memes (FFM) is a Facebook group wherein anyone can post their own memes related to Fordham or college life in New York in general. It’s a tightly-run ship with specific regulations, but these rules have helped the page foster a positive environment for a community of meme makers and consumers. Posts are frequent, often daily, and the group has been active without a break for years, including during summers and Christmases.

Alumnus and former United Student Government President Demetrios Stratis, Fordham College at Lincoln Center (FCLC) ’19, is responsible for the group’s creation, and other alumni such as Yint Hmu, FCLC ’17, and Dan Nasta, FCLC ’19, have ensured FFM’s richness and prosperity. I thank them for their service.

The DIY nature of FFM has allowed the group to flourish for this long, and it has the potential to continue on until the climate crisis kills us all (or just drowns Manhattan). It’s up to you, reader, to keep the community going.