Failure? Depends on Whom You Ask

A review of 'The Dominican Dream' 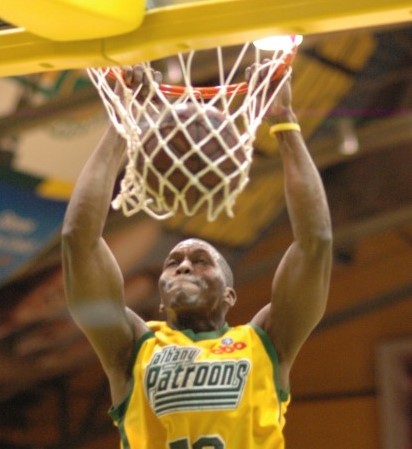 The new documentary shows the failure of Lopez's basketball career, but also the positive impact he had on New York's Dominican community.

Sports profile documentaries are often exclusive to the best to ever play the game, such as Lebron James’ “More than a Game,” or the most controversial of athletes, as in the case of the Academy Award-winning “O.J.: Made in America.” ESPN 30-for-30’s most recent documentary, “The Dominican Dream,” tells the story of possibly the most disappointing figure in American sports history.

Felipe Lopez immigrated to the Bronx in the late 1980s. Growing up in the Dominican Republic, Lopez would tie a homemade hoop onto trees in his neighborhood to practice his shooting, layups and dunking. When he finally came to New York, his brother set up a tryout for him with the local youth basketball team. Lopez amazed the coach with his superhuman ability, dunking on some of the best youth players in the city. He received a scholarship to play at Rice High School in Manhattan and set the New York basketball scene on fire despite not knowing a word of English.

Lopez went on to set records in the New York City Catholic High School Basketball League, the most competitive high school basketball league in the country at the time. After only his freshman season, Lopez was already receiving offers to play professional basketball in Europe. However, he stayed at Rice and carried the team year after year. Coaches, professional players and fans alike traveled across the country to see him play. The games were so packed that Rice could not play in their high school gymnasium, instead playing games at local college arenas including Fordham’s own Rose Hill Gymnasium.

When the film would cut to scenes of Lopez’s high school games for Rice, you’d easily confuse the atmosphere for a professional arena. The editing of the film really placed the audience into Lopez’s position, and I seldom sympathize so much with the subject of a documentary.

Lopez became a glowing beacon for the Dominican community in New York City. Every game would have a section of proud Dominican fans cheering from start to finish waving the Dominican flag and cheering in Spanish.

After his senior year, Lopez had offers from every collegiate basketball program in the country and was even receiving attention from NBA teams, making him the first high school player to ever have the chance to go straight into the NBA. Lopez decided to go to college, something no one in his family had achieved yet, and accepted an offer to play for St. John’s University so he could stay close to his family in the city. Before even playing a college basketball game, Lopez was on the cover of Sports Illustrated Magazine.

Throughout the film, there were scenes from interviews with prominent Dominican American and Washington Height native athletes who experience the Lopez mania. In one such scene, baseball great Alex Rodriguez pulled out his own original copy of Felipe Lopez’s Sports Illustrated cover that he had saved. This unique touch really made the audience understand the impact that Lopez had on New York City and the Dominican American community at the time.

Despite St. John’s disappointing season, Lopez still had an explosive freshman campaign and once more had the opportunity to declare for the NBA draft. Again, Lopez turned down the offer to continue his academic career, a move many would call the end of his career.

The next two seasons saw Lopez play the worst basketball of his career. The media turned their backs on the high school prodigy, declaring him the biggest disappointment and failure the game had ever seen, and plunging Lopez into depression. Despite the pressure and bad press, Lopez never gave up and went into his senior year returning to form and taking his team to the national tournament, only to lose in the first round.

While he did not go far in the tournament, he had won over the media once again and declared for the NBA draft in 1998. He went on to spend four disappointing years in the NBA playing for the Vancouver Grizzlies, Washington Wizards and Minnesota Timberwolves. He spent most of his time on the bench until his final spell with the Timberwolves, where he showed promise of being a productive player in the preseason. Unfortunately, in the final game of the pre-season, Lopez suffered an injury that would take him out for the entire season. Interest in him died and he would never play an NBA game again, instead spending the rest of his professional career in a number of different countries before eventually retiring from basketball altogether.

This is one of the primary flaws of the film for me: the ending. The film is so powerful; however, the ending is flat-out anti-climactic. I was disappointed. Ultimately, I think the story has a satisfying ending; that ending just was not presented in the most effective way.

It is easy to quickly label Lopez as a massive failure and disappointment, but I think that he was simply a young man who could not live up to the unattainable standards set for him. At only 15, Lopez was not only representing his high school but the Dominican community as a whole. He was given the nickname the “Dominican Jordan,” a player whose shoes will probably never be filled.

Instead of focusing solely on what Lopez did not achieve, the film also looks at everything he was able to accomplish. He was an immigrant who came to America and earned a college degree, he set up youth and professional basketball programs in his home country and he now works for NBA Cares doing philanthropic work around the world.

This film once again proves that there are still great sports stories to be seen on the big screen. While it is unfortunately no “Hoop Dreams,” I would still highly suggest this film to any sports or documentary fans alike.

Time after time it would have been easier for Lopez to just give up, but time and time again he kept going. When he could no longer play professional basketball he instead gave back to the community and game that had given him so much. He is a true representation of the American dream.

This film is unbelievably inspiring to athletes and fans alike. If you ask an NBA analyst about Felipe Lopez, they may tell you that he was a waste of promising young talent. However, if you ask a member of the Dominican community, they’ll tell you he represents what an immigrant in the United States can accomplish from pure hard work and dedication.