RAs Reveal the Reality of Working for ResLife 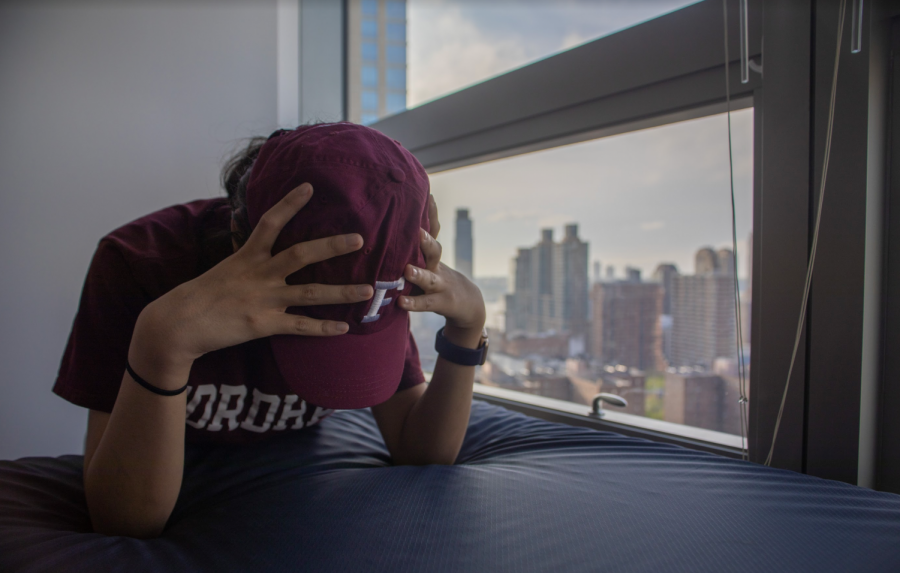 The 2018-2019 academic year has seen multiple incidents strain the relationship between Fordham’s Office of Residential Life and its students who choose to live in McMahon and McKeon Halls. As the academic year comes to a close, resident assistants (RAs) and resident freshman mentors (RFMs) are voicing their own concerns about working under Residential Life. The hostile working environment, lack of communication and poor treatment of staff has resulted in students feeling the need to highlight the reality of their experiences working for Residential Life.

Although it is not stated explicitly in their contracts, student staff are discouraged from talking to the press. RAs confirmed that they are expected to “act as representatives” for the office and felt that speaking out against Residential Life might result in serious consequences, even losing their jobs. Consequently, all six interviews given to The Observer were anonymous.

Most RAs and RFMs are dependant on the perks of their positions. For every term, they sign a yearlong contract with Residential Life. RAs receive a $1,050 “RA Tuition award” and are given a free room for the academic year. In McMahon, RAs are given a meal check, and in McKeon, both RAs and RFMs have a full meal plan for the year. All RFMs reside in McKeon Hall, and pay for only one semester of housing. On average, students can save nearly $20,000 per academic year by becoming an RA.

“We depend on the job for the benefits,” one RFM said, emphasizing just how much money student staff save because of their positions.

Yet some RAs and RFMs have said that Residential Life takes advantage of this financial dependency. “This is the only job on campus that will pay for your housing and your meal plan … it’s not like you can go and get another RA position,” one RA said. “It’s a lot of money that they’re playing around with, and to wave that around on a stick in front of someone, to make that person feel like they’re never safe, it can be really tough.”

The contract specifies that violations of the contract will result in immediate termination of student staff. In that situation, adjustments would be made to the student’s bursar account, and all Office property would need to be returned. “They hold so much power over our living situation that even right now, we only have two weeks left, but if they told me I had to get out, I’d have to get out right now,” another RA said.

Student staff believe that the tone of Residential Life’s management has created a hostile and uncomfortable working culture. At an in-service staff meeting in February, Kelly Sosa, assistant director for the office of residential life, allegedly said that she would rather have fewer staff members than have people who break — or are merely confused by — the rules.One RA said that Sosa’s sentiment “felt threatening, and like she had no issue firing people.” Another RA said: “During the meeting, she spoke down to the McKeon staff as a whole, and I felt as though she was talking to us as children rather than as RAs and RFMs.”

Although the position of an RA or RFM is very demanding and requires a high degree of responsibility, student staff who spoke to The Observer reported feeling expendable to the office.

“There have been times when our supervisors only focus on the things that staff members had done wrong,” another RFM said. “Sometimes we feel underappreciated.”

“The trust just isn’t there,” explained an RA. “There is no job security because it feels like they are only going to keep us on until they find something and then threaten us to leave.”

One RA said that “as soon as you have one strike you get looked at more closely and you feel like you’ve suddenly become a target.”

According to reports from student staff, anxiety runs high for anyone holding a position with the office, citing how their contracts are often unclear. According to one RA, “there is a disparity between what is in the contract and the things that they say.”

RAs are required to serve an on-call rotation as either primary or secondary RA on duty. The contract does little to clarify the difference between the positions, and states that students can face probation or even termination for leaving campus while on duty.

However, during their training sessions in August 2018, staff members were told that the secondary RA on duty was allowed to leave the building within a “five-minute radius” of campus. But according to RAs, professional staff told them that “five minutes is different to everyone,” making the policy vague and confusing to follow.

During the fall semester, some RAs on secondary duty left campus, believing they were following the rules and encountering little to no issues. However, in the second semester, secondary RAs were reprimanded for not being on campus. Students explained that these incidents were handled on a “case-by-case basis.”

In response to the incidents, Residential Life made it clear to student staff that both primary and secondary RAs must be on campus for the entirety of their duty. Staff members did not receive updated contracts to reflect this, they said.

After the change was made, Sosa allegedly told student staff that if they have problems with the changes, then they could “schedule an exit interview.”

One RA explained that they were leaving campus because “there was no clear leadership, and we were confused.”

There are other examples of changes being made to the contracts over the years, including policies on romantic relationships between student staff and submitting duty reports.

Student staff also expressed they feel there is a significant double standard between the level of dedication and professionalism expected of them and how they are treated by Residential Life staff.

While student staff feel that “each of our actions can have serious consequences,” they feel that professional staff do not lead by example.

As part of their contract, RAs and RFMs must meet with their Residential Directors (RDs) on a biweekly basis — yet student staff report that RDs often cancel meetings for personal reasons. “I cannot imagine what would happen if I said I could not make a meeting,” said one RA, believing that they would get in trouble for not following the demands of the contract.

Students also claim there is a double standard to the way contracts are enforced. During the summer training sessions, student staff were told they will be given a $200 “meal check” to cover eating expenses for the duration of the program. However, RAs and RFMs confirmed that they received these checks over a week after training had ended.

Likewise, RAs have raised concerns about not being reimbursed for the programs that they must plan for their residents; they claim often needing to wait up to four weeks before being reimbursed.

“It’s hard to plan an enjoyable and thoughtful event when you have to pay for it yourself,” one RA said. They said the lack of funds can create friction between staff members, as one student often needs to front the money.

Since staff members believe that they could get in trouble for speaking out, feel like there are no available platforms to voice their dissatisfaction. “It’s always hard to give feedback to your boss,” said another RA. “But in the position that we are in, it’s even harder.”

RDs and professional staff offer feedback surveys to student staff, and although they are anonymous, they require students to write whose staff they are on and what role they have. One RA said this makes it “easy for them to pinpoint who we are, even without our names.”

Students feel they have no one to advocate for them — “we don’t have a human resources in this role,” stated an RA.

One RA said, “Do I feel cared for by the department? No, not at all.”

“It makes you feel like you can’t trust anyone,” said another. “It’s affecting my social life and my personal life… It makes me feel like I need to whole up in my room and not talk.”

The Observer reached out to all members of The Office of Residential Life mentioned in the story. They declined to comment at this time.