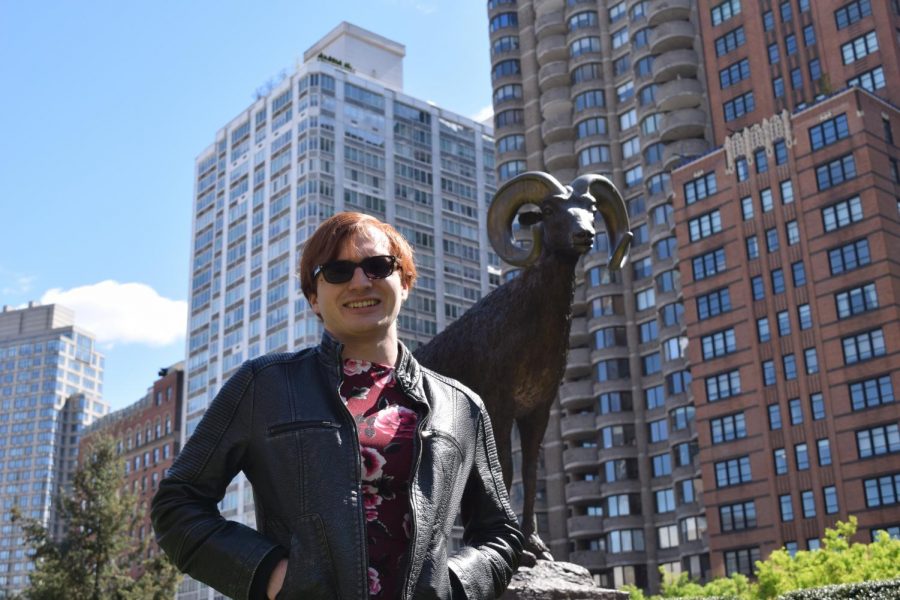 I lay in my bed a week before the end of the Fall 2018 semester, and the shaking wouldn’t stop. My body was exhausted. It had been weeks since I had gotten a good night’s sleep. All I wanted to do was cry.

To say the least, I was burned out. I’d worn myself down in every possible way, playing a months-long balancing act of activities and commitments. I felt like I had entered college already starting to fizzle. Now I was preparing to graduate not with fireworks, but only with the choking ash they leave behind.

Self-care — and in Fordham’s case, “cura personalis” — is a term that gets thrown around a lot, with varying degrees of seriousness and applicability. Trying to determine what self-care means often becomes a nebulous discussion.

But still, we often find ourselves trying to define it in exact terms.

At Fordham, we have some help in this endeavor from professors, friends and other resources available to us both during and after our time as students, such as Counseling and Psychological Services, the Office of Multicultural Affairs and the Office of Career Services. But there’s one potential source of this guidance in self-care that tends to have an immense influence on our ability to see it through our time here: student leaders.

Back in March 2017, I wrote another op-ed for this newspaper discussing the low attendance rates plaguing student-run events, as well as what seemed like an overall decline in student engagement and involvement across campus. That continued to be the case for quite some time, as important clubs such as Black Student Alliance decided to take a hiatus in February 2018, while student organizations that attempted to reinforce student involvement on campus were met with repeated roadblocks in doing so.

And yet, over the past year, our campus has also witnessed the revitalization of student life. Black Student Alliance is back, and much-needed clubs such as Students for Disability Awareness have been born. Fordham has hired a Chief Diversity Officer, and following years of student activism, has started to make the university a more welcoming environment for trans students. Meanwhile, other clubs such as Rainbow Alliance and the students behind Monologue Q have worked to promote inclusivity on campus, while a reinvigorated Environmental Club is working to increase student involvement in one of the biggest issues of our time.

We — the presidents, vice presidents, treasurers, secretaries and editors of the university’s clubs — tend to be some of the most prominent individuals in our peers’ college experiences. We plan the events, facilitate the meetings, set the deadlines and shape the extracurricular lives of our peers in more ways than we can count. I did what I could to fulfill this purpose during my time at Fordham, during which I served as a news editor of this newspaper, an orientation coordinator and as satire liaison for Stove’s Comedy Club. In reflecting on the past few years, we should keep in mind that all of these positive changes were made possible because of the efforts of student leaders. That’s something of which we should always be proud.

The issue that we still need to work to overcome, however, is that student leaders are also often the worst culprits of burning ourselves out.

In our drive to commit ourselves wholly to the leadership positions we have taken on, we often weather late nights, participate in executive board meetings that at times can be tense and spend our days fretting about submitting budget forms, reserving spaces for events and doing our best to show a strong and enthusiastic face at every meeting. However well-intentioned these efforts may be, they often lead to us wearing ourselves out with intensity and efficiency.

I was possibly one of the worst perpetrators of this phenomenon. As a news editor during my sophomore and junior years, I wrote more stories than any other student journalist in the publication’s 35-plus-year history. I did my best to help The Observer through a time of upheaval, as we attempted to redefine ourselves in the wake of losing our academic ties to the university. I was most excited about being a part of this newspaper when I started as a freshman; I ended my term exhausted, without an ounce of energy to keep working in the club that had been the defining experience of my college career until that point.

Based on my experiences and interactions with the many student leaders I’ve had the privilege to know at Fordham, I’ve noticed that this kind of burnout tends to stem from us forgetting one of the ultimate purposes of our clubs: they’re supposed to give us enjoyment and fulfillment. They are supposed to help us find that elusive “cura personalis.”

So how do we guarantee the well-being of others, the causes we care about and of ourselves? Perhaps the answer lies in another question: what if we took a broader, more inclusive approach to the idea of “cura personalis?”

I have searched for the answer to that question since I entered Fordham four years ago. I looked to my peers, my professors and especially the leaders of the clubs I was involved in for wisdom, but no matter how much they gave me, I still felt like I was coming up short.

Finally, I found my answer. I started to achieve self-care when I realized that the key to “cura personalis” was not the same for every person. Rather, I discovered mine through an intensely personal experience, embracing a part of myself that I’d been denying for years.

A few days ago, I came out publicly as a trans woman. Since I began the coming out process a few months ago, I’ve felt a part of myself come back to life. And in doing so, I’ve felt the meaning of “cura personalis” reveal itself to me, piece by piece.

But being and caring for yourself is not easy. Caring for others is even harder.

When we consider all our responsibilities, we can see how hard it is to be an effective leader. Full of demands and contradictions, holding leadership not just in title, but in deed, seems incredibly difficult.

In many ways, I wonder if I ever met all the expectations of what a leader should be, or if I ever will. However, if we don’t try to be the leaders we want, we will never know if we are up for the task. There’s plenty of work to be done, whether it’s leading your club for a year, fighting for inclusion on campus, bringing injustices to light or working for the world’s betterment by countering global, political issues. There are more opportunities than we know to apply “cura personalis” in our lives, and each of them is a challenge of its own.