Pseudoscience is Sustaining the Measles Outbreak 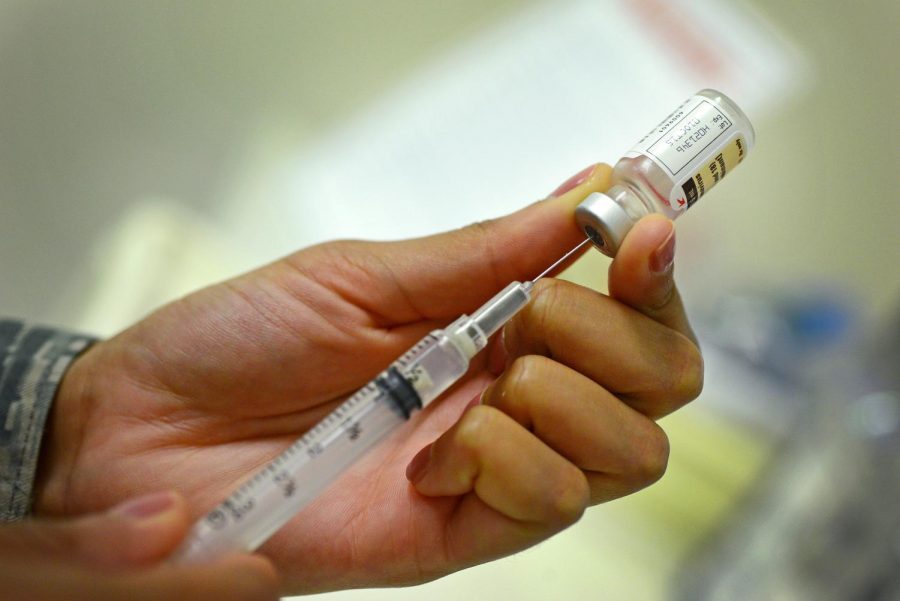 On April 9, Mayor Bill De Blasio declared a public health emergency in Williamsburg due to the outbreak of measles. Since October, there have been 285 confirmed cases in New York City. De Blasio stated that any person who has not gotten the Measles-Mumps-Rubella (MMR) vaccine is prolonging the lifespan of the outbreak and ordered the immediate vaccination of anyone who resides, works or attends school in Williamsburg. The failure to comply with the order will result in a fine of up to $1,000. He further stated that individuals who remain unvaccinated violate a New York City Health Code that forbids any person from committing acts that may endanger public health.

The Center for Disease Control and Prevention (CDC) reported that nationally, there was an exponential spike in confirmed cases of measles over the past three years. In 2016 there were only 86 reported cases of measles, an extremely low number compared to the 626 cases were reported this year. Even this number is subject to change, since it is based on only the first four months of the year.

In 2000, the US reported that the measles virus was completely eradicated. However, communities nationwide have experienced mild to severe outbreaks since then. The CDC attributes these cases to unvaccinated travelers who brought the disease back from other countries experiencing the epidemic. Most recently, in 2018, the national outbreaks were traced back to 82 individuals belonging to Orthodox Jewish communities who brought the measles virus back from Israel. Right now, unvaccinated members of these communities are most at risk to contract measles.

After De Blasio’s statement, an allegation appeared that a bus driver covered her face and said “measles” in a mocking manner as an Orthodox Jewish passenger proceeded onto the bus. This outbreak is serious, but it is not an excuse to engage in anti-Semitic behavior. In actuality, the reasons many Orthodox Jewish individuals choose not to vaccinate themselves or their children is shared by many non-Jewish persons as well.

The driving forces of this epidemic are people neglecting to get vaccinated and the misinformation being propagated through various means in their communities. “The Vaccine Safety Handbook” is just one source of false claims against vaccines, connecting vaccines to autism and aborted fetal tissue, contradicting the many reliable scientific studies that support the efficacy and safety of vaccines.

Wakefield nevertheless went on to claim that there was a relationship between the MMR vaccine and autism. This immediately incited public concern that led to well-meaning but misinformed parents refusing vaccinations for their children.

Many studies were conducted after these claims were made, and none of them could confirm Wakefield’s findings. Instead, researchers lambasted Wakefield’s paper because they found that he falsified data and committed research fraud. Wakefield’s research was funded by lawyers who wanted to file lawsuits against vaccine manufacturers through parents who had children with autism. Many of the co-authors retracted their contribution to the paper and Wakefield lost his medical license. Despite the denunciation of Wakefield’s research, many parents still look to this study as a source to validate their anti-vaccine convictions.

A minority of people across all faiths are hesitant to receive vaccines because they believe vaccines are made from aborted fetal tissue. Many vaccines are made from fetal-derived cell lines that originate from cells obtained from two legal abortions in the 1960s. However, new sources of fetal cells are no longer required to make vaccines; these cell lines have replicated so many times over the course of six decades that they are very far removed from the original aborted fetal cells.

There is a general consensus among leaders in many major religious groups that the cells used in vaccines today do not transgress any religious doctrines because the vaccinations are not made from aborted fetal cells. The National Catholic Bioethics Center has publicly supported the use of vaccines and many prominent rabbis in the Orthodox Jewish community have declared that obtaining vaccines does not go against the Jewish religious scriptures. In fact, on April 5 many rabbis in Brooklyn gathered together to discuss whether or not they should mandate the vaccination of everyone who attends the synagogue or yeshiva.

Currently, many rabbis are working with New York City officials to increase public awareness regarding the safety and effectiveness of vaccines. However, despite support from religious authorities, many followers of various faiths still claim religious exemptions. Another daunting reality is that many states still grant citizens these moral exemptions against vaccines despite the rise of public health crises nationally. While we justify their decision to remain unvaccinated, their choice is endangering the lives of people around them.

The World Health Organization (WHO) declared that this “Vaccine hesitancy” will be one of the top ten threats to global health in 2019. According to the WHO, this fear of vaccines has caused cases of measles alone to increase by 30% globally.

On April 22, the Food and Drug Administration (FDA) released a public statement urging people to get vaccinated amid the national measles outbreak. Peter Marks, M.D., Ph.D., director of the FDA’s Center for Biologics Evaluation and Research emphasized the extensive scientific evidence that supports the safety and effectiveness of vaccines in combating the disease.One dose of the MMR vaccine is 93% effective in combating the virus, two doses are 97% effective.

Though only 14% of the individuals who contracted the measles virus in Williamsburg are over the age of 18, it is still beneficial for everyone to get vaccinated if they have not already. Measles can affect anyone at any age, so it is entirely up to you to protect yourself and the people around you.